Sambat’s goal in life was to open a school in his home village. Now he’s done it—and so much more.

Sambat Choan’s favorite song is “Imagine,” by John Lennon: You may say I’m a dreamer, but I’m not the only one. I hope someday you’ll join us and the world will live as one. 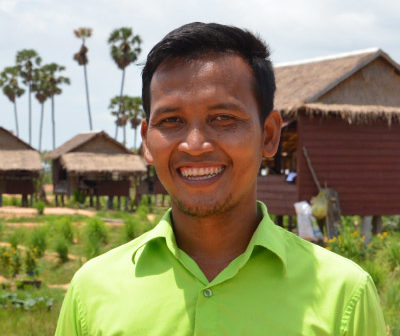 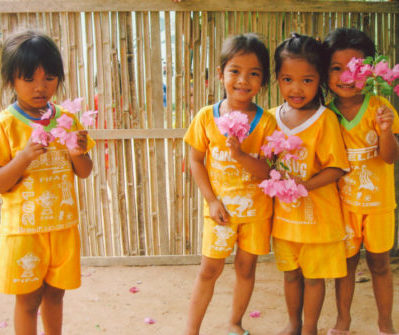 © The Global Fund for Children

Left: Sambat poses in front of his community center.

A dreamer by nature, Sambat has ambitious goals for Kro Bei Riel, the rural Cambodian community where he lives. And as director of Self Help Community Centre (SHCC), he works tirelessly to make those dreams come true.

Like many children in Cambodia, Sambat grew up in poverty. His parents, who were farmers, struggled to support their six children, so Sambat worked to pay for his school fees and supplies. As a young adult, he often held three or four jobs at a time.

And over the years, Sambat put money aside for his big dream: to open a free school in his home village.

Most of the families in Kro Bei Riel are poor (90% of Cambodia’s poor live in rural areas) and work as rice and vegetable farmers. The community has few schools, and many children work long hours alongside their parents instead of getting an education.

In 2007, Sambat was able to finally see his dream come to fruition. He founded SHCC with just three makeshift classrooms. Ten years later, he’s realized his dream and much more.

Serving nearly 1,000 children and youth, SHCC’s programs include a kindergarten, English classes, and coursework in computers, arts and crafts, health and hygiene, and environmental education. In 2016, SHCC opened its own high school, where students in grades 7 to 12 learn the state curriculum, free of charge. 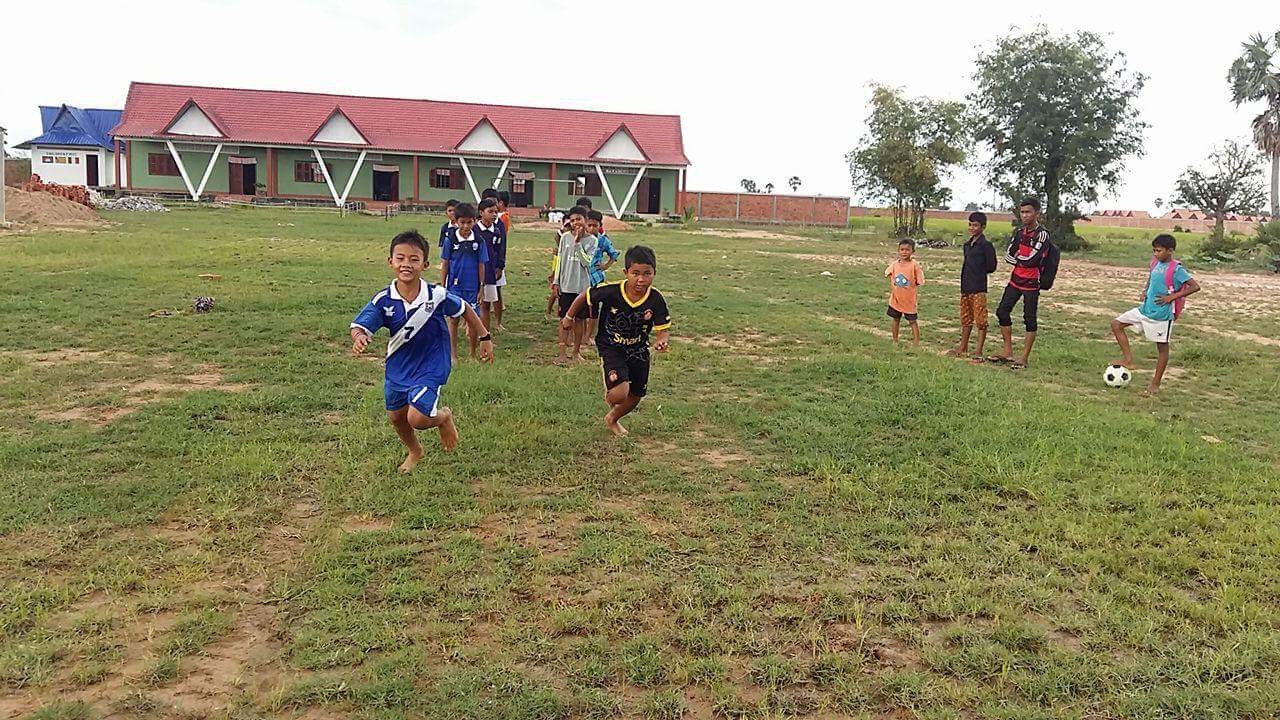 Above: Children play games on a new sports field in front of the new school building.

SHCC’s dozen buildings (classrooms, kitchens, and a dormitory for children who need a safe place to live) form a micro-community that serves as a model of sustainability, with eco-friendly structures and a working organic farm. On weekends, the staff leads community improvement projects—repairing homes and buildings, improving roads, planting gardens, and building trash bins.

Most recently, SHCC built a covered marketplace where local residents can sell their crops and crafts. The money generated from renting the market spaces is used to help pay for SHCC teachers’ salaries.

In other words, SHCC is not only a lifeline for children who would otherwise go without an education—it’s the heart of Kro Bei Riel. 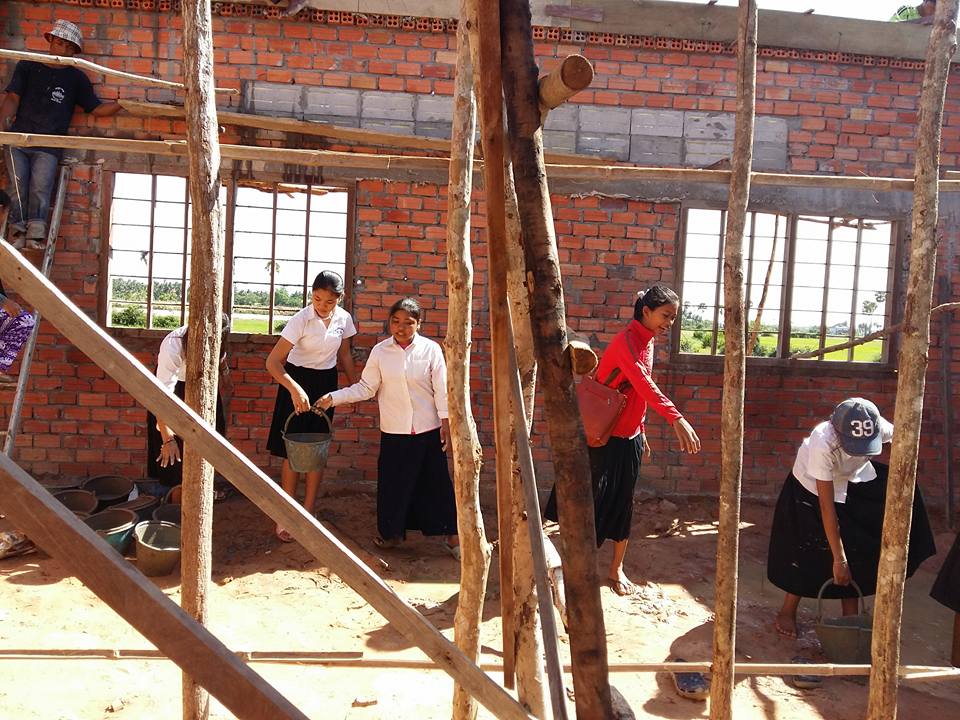 Above: Students helped with the construction of the new high school.

Since Global Fund for Children became SHCC’s first US-based institutional funder in 2011, the organization shown tremendous growth, increasing its budget by more than 600%. This has allowed for significant program expansion and improvements, most notably the building of the high school—much of which was constructed by SHCC volunteers, parents, and the students themselves. For the past two years, more than 90% of the students have passed to the next grade level.

SHCC’s early childhood education program, located at the state school in Kro Bei Riel, continues to grow. With support from GFC, SHCC was able to hire a professional trainer to not only teach the students more effectively but also help the other teachers improve their teaching methods.

Sambat’s dream has become a reality—but he’ll keep giving back to his community until all the children of Kro Bei Riel have what they need to make their own dreams come true.

Imagine all the people, living life in peace … 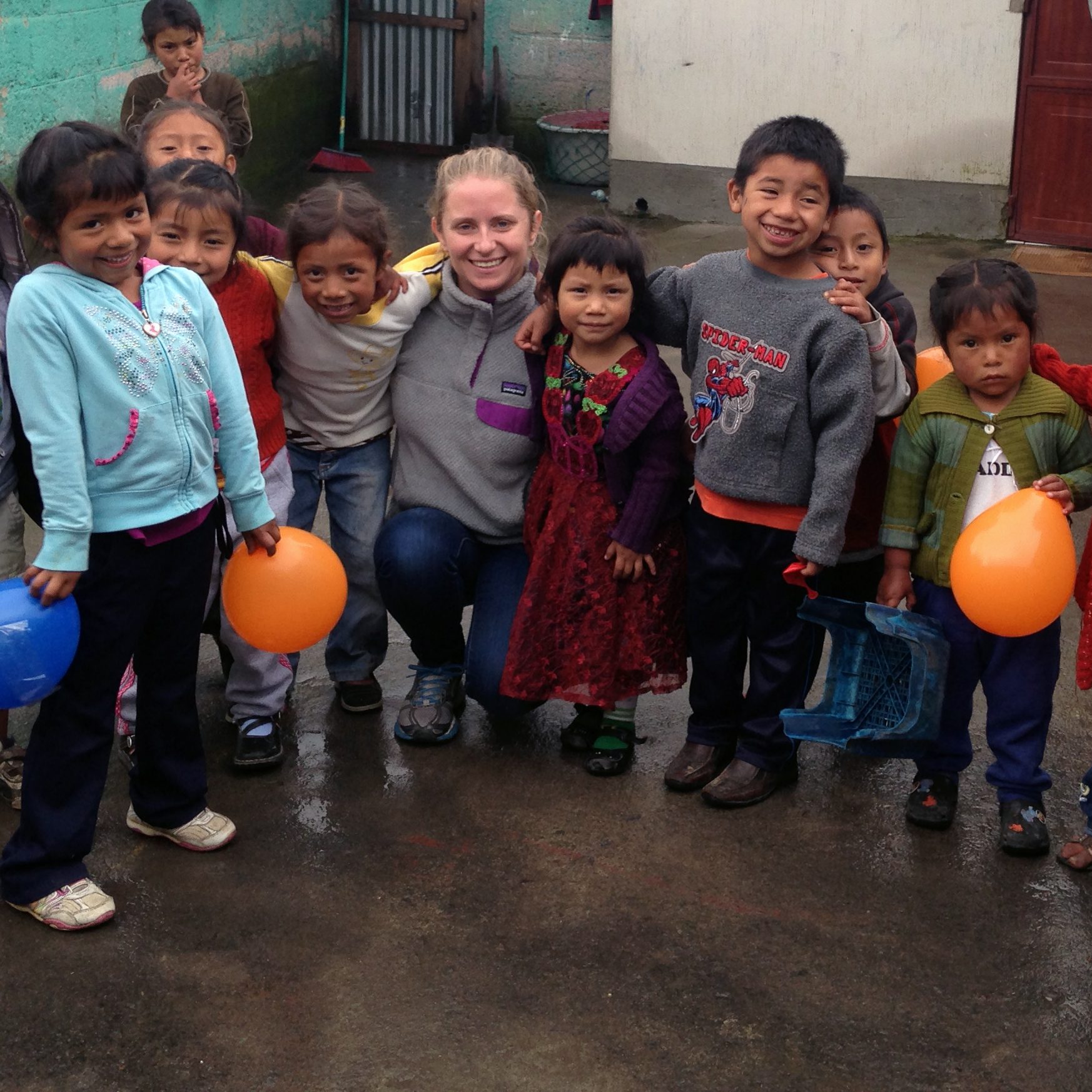 In Guatemala, Essential Healthcare for Rural Children
Primeros Pasos brings free clinical care and health education to children who would otherwise go without.
The Americas