Youth is not a time of life – it is a state of mind,
it is a temper of the will,
a quality of the imagination …

But so long as your heart receives messages
of beauty, cheer, courage, grandeur
and power from the earth,
from man and from the Infinite,
so long you are young. 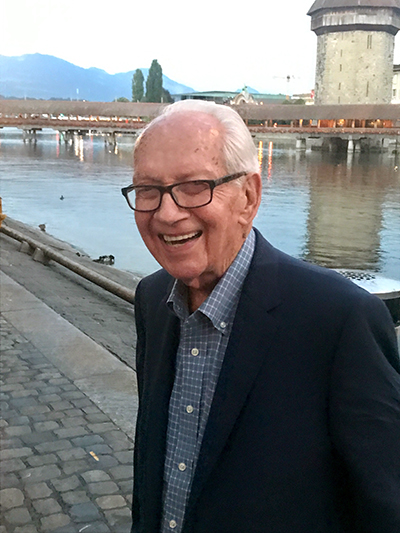 Bob Stillman never let himself grow old. And since he left us on August 4th, those of us fortunate enough to have shared his world marvel at his footprints.

From 2002 through 2006, Bob chaired Global Fund for Children’s Board of Directors. This was a period of remarkable expansion for the organization, a transition from a relatively modest portfolio of work into a sophisticated, multilayered global grantmaker. GFC grew its model, identified new resources, and reached into new corners of the world to change the lives of children on the edges.  Through it all, Bob steered the helm with his immense wisdom, an abundance of good humor, a twinkle in his eye, and a never wavering faith that doing the right things for the right reasons would lead to success.

Shortly after Bob joined the Board, we held a Board retreat. One team-building exercise was to create our personal vision of ‘Xanadu,’ the imaginary country that is found in GFC’s first book, Children from Australia to Zimbabwe, where every child has what he or she needed to thrive. We were nervous about whether Board members would really engage in the activity, but Bob was one of the first to get to work with his pile of arts and crafts supplies, grinning broadly and clearly having a great time of it. Xanadu turned out to be a pretty amazing piece of work. Such joy in the simplest of things.

Being one of the first private equity investors at Payson & Trask and AEA Investors, Bob led an exemplary and innovative professional life. Even in his 80s, he still made regular trips to China and other parts of the world through his involvement with the Small Enterprise Assistance Funds. His work focused on generating economic activity to change lives for the better. There could be no finer purpose than that.

With Bob, once something was begun, once his spirit was fired by passion and purpose, there was no turning back. Still, he made time for the things that mattered most – his friends, his amazing, sprawling and loving family, and his faith in both his God and his fellow man. These things compelled him to do what he did, to be who he was, and from that he never wavered.

It’s the twinkle in his eye that most who knew him remember. That bright glint that projected warmth, and acceptance, and inclusion, and maybe just a hint of mischief. The glint that conveyed the expectation of the next adventure, and confirmed the joy of just being alive. The glint that hinted, “So much to see, so much to do, and isn’t it all wondrous?”

Rest in peace and joy, our wise, gentle, and great friend.