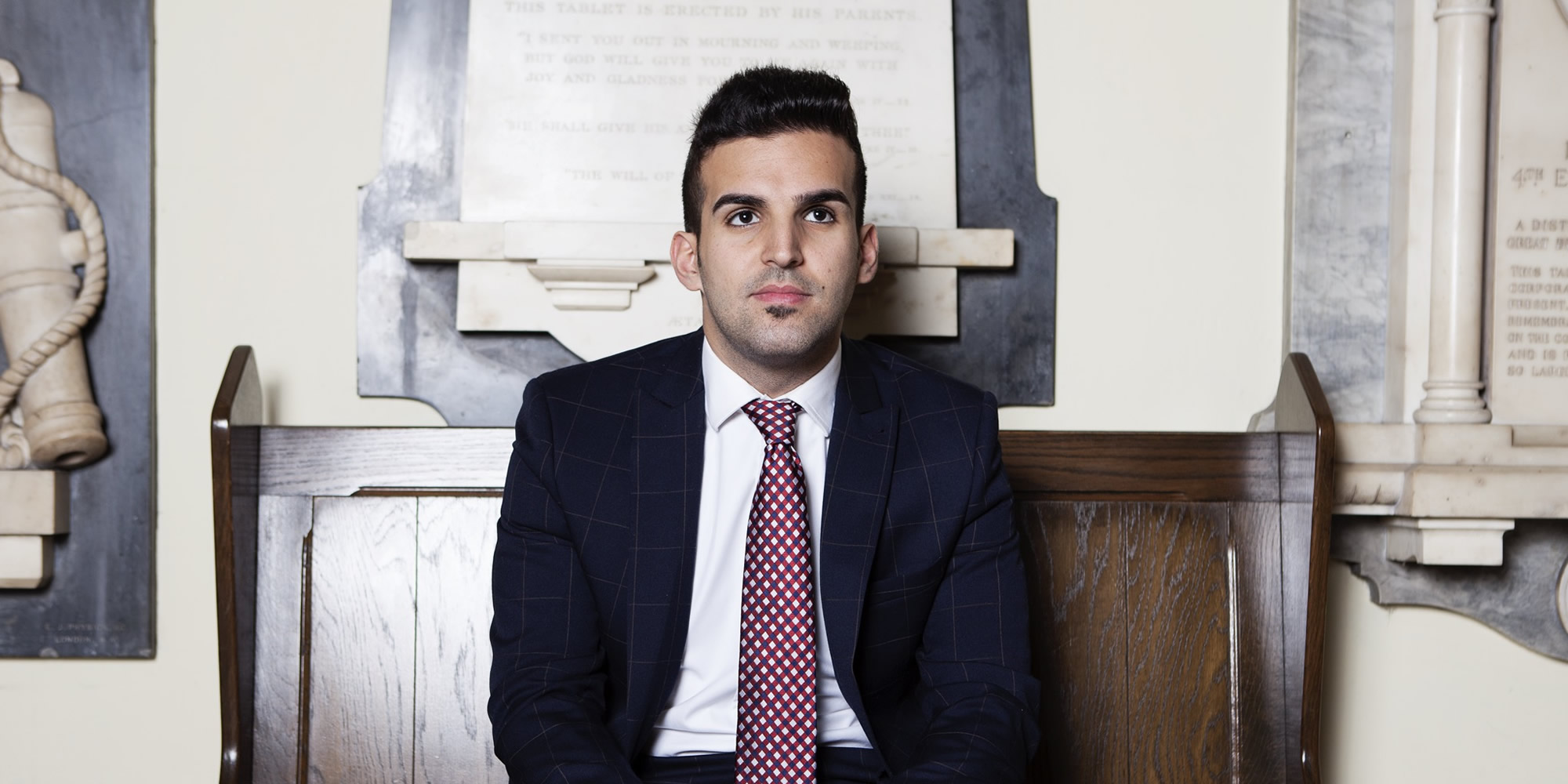 “I’m really passionate about youth voice and young people shaping their future. Rather than being told about their issues, but being actively engaged in shaping up a process.”

Mete Coban, 26, is chief executive of My Life My Say and serves as Hackney’s youngest-ever elected Councillor. He’s also a member of GFC’s inaugural Youth Leadership Council. In London, we sat down with Mete to hear his story.

A native of Hackney, Mete describes the neighborhood of his childhood as one of the most deprived boroughs in the United Kingdom. “Hackney is a very trendy place to live now, but that’s not how it was growing up. I had a very difficult time; I was one of 60% of children who couldn’t go to school in my borough because all the schools and youth clubs were getting shut down.”

The lack of youth programs and schooling opportunities became apparent when Mete went to university and realized that, compared to his friends from other boroughs, he had missed out on important opportunities. These circumstances fueled his passion to take a stand for youth from underserved communities with limited resources. In the classroom, he was quick to step in when teachers labeled his peers as unmotivated or lacking potential. “I would always try to argue: look, it’s actually more about where you come from and that can have a big impact on the way you are.”

A teacher recognized the fight and drive in Mete, and suggested he venture into politics. Politics has given Mete a platform to use his voice and experience to fight for youth growing up in communities similar to his own.

“[Getting into politics] was good for me because it meant that I didn’t use my passion for something negative. That happened to a lot of people from Hackney. They didn’t go down the wrong route because they had the wrong intentions, but because no one showed them a bit of vision on how to channel their passion.”

At 21 years old, Mete was elected a Political Councillor of Hackney; today he is Chair of the Skills, Economy and Growth Commission. “[The commission] looks at the big question—which is what I’m really passionate about—how do you marry areas of high levels of deprivation with areas of high levels of economic growth?” Mete wants to ensure that locals benefit from economic growth versus living in communities suffering gentrification.

And Mete didn’t stop there. During university, he founded the charity My Life My Say (MLMS), which is on a mission to secure a better Brexit for young people. In 2018, MLMS is one of the largest youth Democratic charities in the UK and Europe.

Mete’s first encounter with GFC was through Youth in Hackney (YOH), a graduated GFC partner that was instrumental in his life.

“I was involved in a program where they had a football team. They recruited young people from across Hackney who they identified as needing a network of support, mentorship and guidance. What I loved was that the program wasn’t necessarily workshops about leadership—they picked a niche that was something we all enjoyed, which was football. Through football they taught us leadership skills and teamwork, aspiration, ambition.”

“YOH massively benefited me. It was probably the best part of my childhood. When I went to YOH, that was when my youth club had just been shut down. There was a big gap in my life where I didn’t have anywhere to go after school. It was a really great experience and I think a lot of those skills I possess now directly comes from my experience with YOH. And that led me to GFC.”

Mete is one of five members of Global Fund for Children’s Youth Leadership Council, a body of young leaders commissioned to articulate and advance the needs of youth peers, and to serve as advisors to GFC.  Listen to a snippet of the interview with Mete below, and learn why he has decided to join GFC’s very first Youth Leadership Council.