Nayanaya Trust helps young people document the twin crises of COVID-19 and an economy breaking under the strain of the pandemic, in hopes that youth can usher in a brighter future for South Africa.

Riots erupted in South Africa in early July, set off by supporters of former President Jacob Zuma who were protesting his prison sentence. For Xoliswa Sithole, a renowned South African filmmaker and the founder of Nayanaya Trust, the riots that lasted a week and claimed the lives of more than 300 people were another product of the COVID pandemic.

Among the youth, “there is a sense of listlessness, a sense of being a castaway because they are not participating in the progress of this country,” Xoliswa said. “Riots mushroomed because South Africa already had that bedrock of people hungry, unemployed, listless. We saw a lot of young people participating in those riots.” 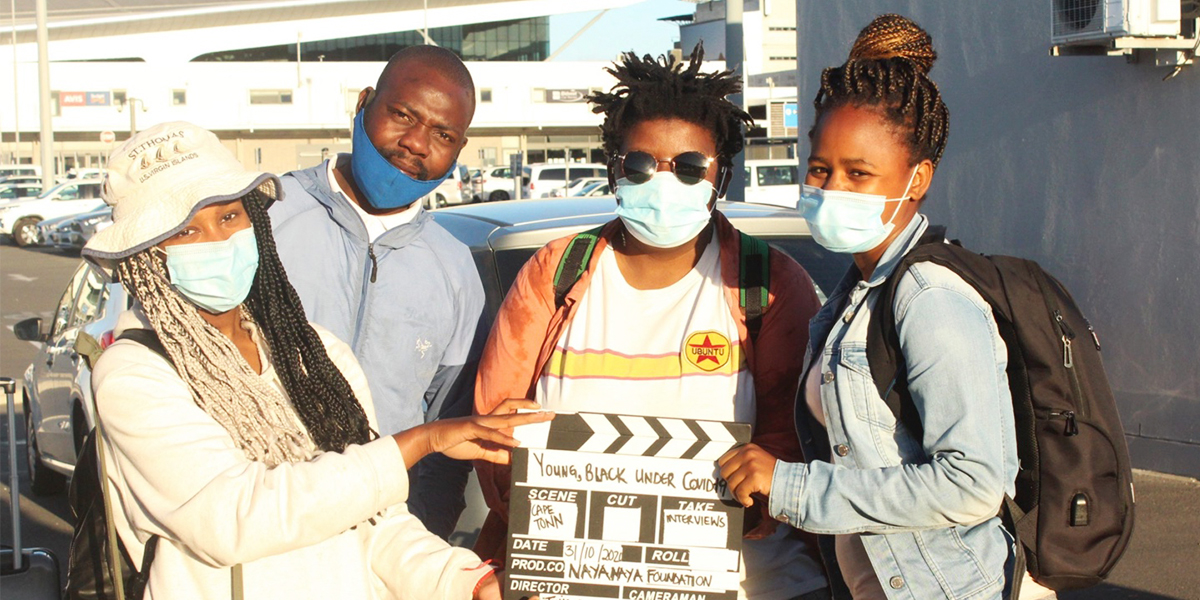 Recently published research from South Africa shows high youth unemployment – 74.7% of young people aged 15 to 24 are unemployed – and alarming school dropout rates. With no jobs, no school, and no internet access to apply for the government’s COVID relief funds, Xoliswa said many of the nation’s young people are falling through the cracks.

Nayanaya Trust, with support from GFC, has created a docuseries giving South Africa’s youth a way to make their voices heard. The project, “Young Black Female and LGBTIQ+ Under COVID-19,” serves a dual purpose. First, it documents these extraordinary times. Second, it employs young people and enables them to learn new skills.

Born from Xoliswa’s desire to help her community and the many youth who come to her looking for experience in the film industry, Nayanaya Trust empowers young people to tell their stories, develop career skills, and drive social change through the power of filmmaking. The organization hosts film festivals that gather local experts, leaders, and young people to watch a film – made by youth under Xoliswa’s mentorship – that explores gender and culture issues. Participants also engage in panel discussions and have the opportunity to attend a filmmaking workshop.

“The whole thing with [Nayanaya Trust] is to amplify young people’s voices,” Xoliswa said. “To say to them, ‘You matter, you are smart, and you can do something!’”

The COVID project includes 25 short films documenting the stories of 25 young people from every province of South Africa. Stories like that of Malakai, a transgender teen whose transition came to a halt during the pandemic and who was under lockdown with a family who loves him but struggles to accept him.

The films also include stories like that of Mosima, a 28-year-old mother of two who lost her job because of the pandemic. When Mosima discovered a talent for cooking during the lockdowns, she promoted her food on Facebook and used all her money to buy a food stall. For now, she sells kotas, sandwiches filled with seasoned fries and layers of sauce, eggs, and meat. One day, she hopes to have a full menu.

The project also helps those on the other side of the camera. Xoliswa produced the films, but young people she mentors through Nayanaya Trust did the rest.

“Everyone felt it was important for young people to be the ones to tell the stories about young people, to bear witness,” Xoliswa said.

One newcomer to the organization, an intern named Thobe, kept a journal of her experience with the project, which forms the backbone of the project’s website. Thobe submitted the blog to her university as part of her university exams. 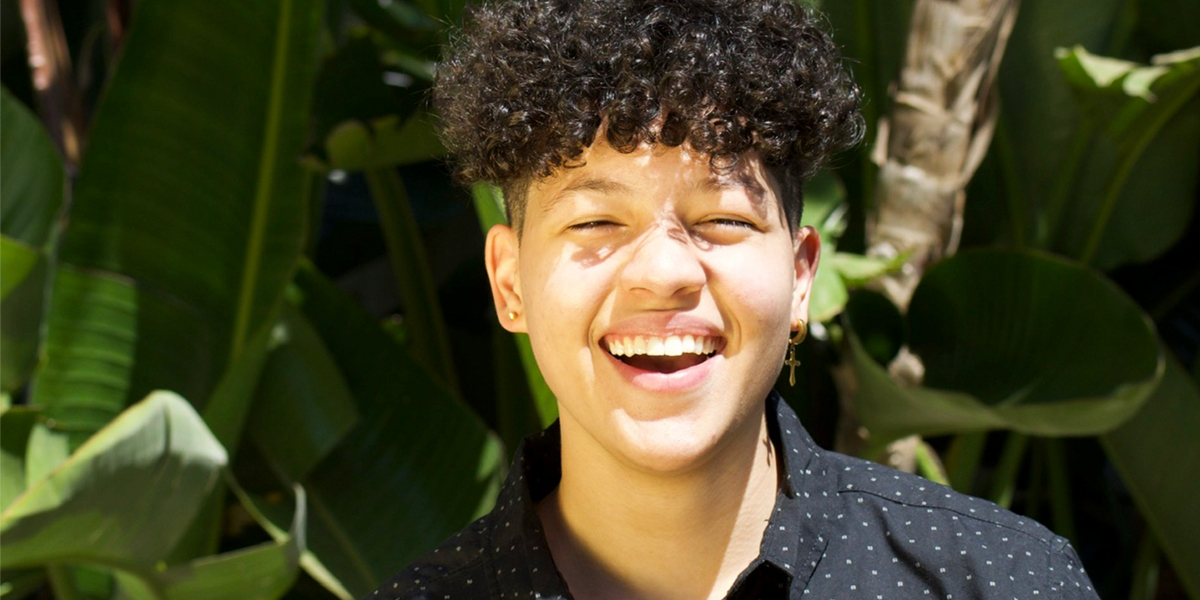 One of the Nayanaya Trust films profiled Malakai, a transgender teen whose transition came to a halt during the pandemic. © Nayanaya Trust

There were also more experienced participants, like Mmetsa, who coordinated the storytelling.

Mmetsa grew up in an informal settlement. She dreamed of being a filmmaker and did not let becoming a teen mother stop her. She applied for and received a scholarship to film school, but when she found no work after graduation, she reached out to Xoliswa, hoping for a leg up. Xoliswa, inundated by such requests, had nothing for her at the time, but Mmetsa did not give up. She texted Xoliswa once a month for a year until Xoliswa finally had work for her.

“[Mmetsa] was smart,” Xoliswa said, her eyes lighting up with pride.

Now, Mmetsa is an invaluable part of Nayanaya Trust. She is working with GFC’s Africa Program Officer, Bundie Kabanze, on capacity development in preparation to one day run the organization.

Despite the riots, high unemployment, and spike in school dropout rates in South Africa, Xoliswa has high hopes for the future. She hopes her own success will continue to inspire young people and that the trust will continue to shine a bright light on youth on both sides of the camera.

“I’m a Black girl who grew up in an environment where Black people were not free,” Xoliswa said. Young people today, who were born after apartheid, “are living in a South Africa where there are opportunities now regardless of what’s happening,” she added. “Take them and run!” 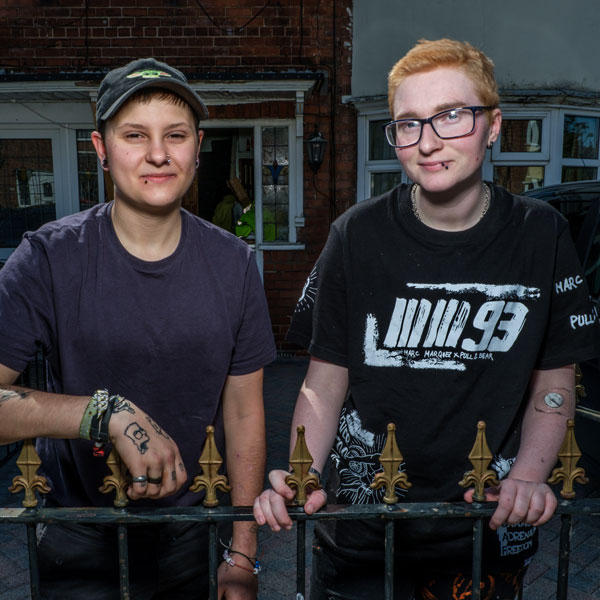 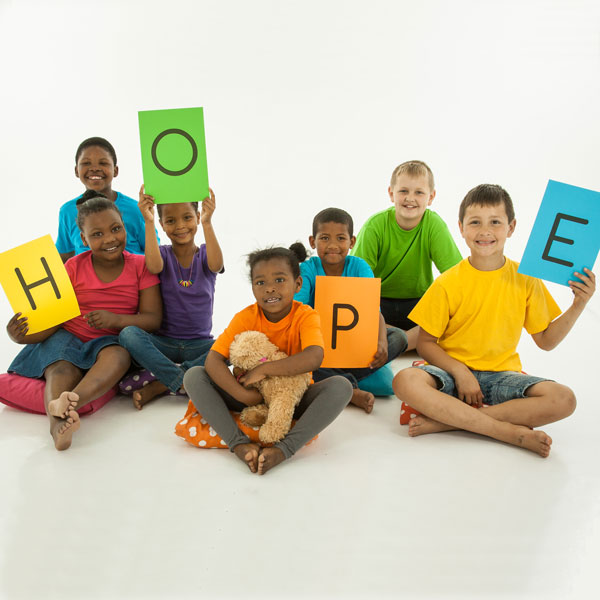 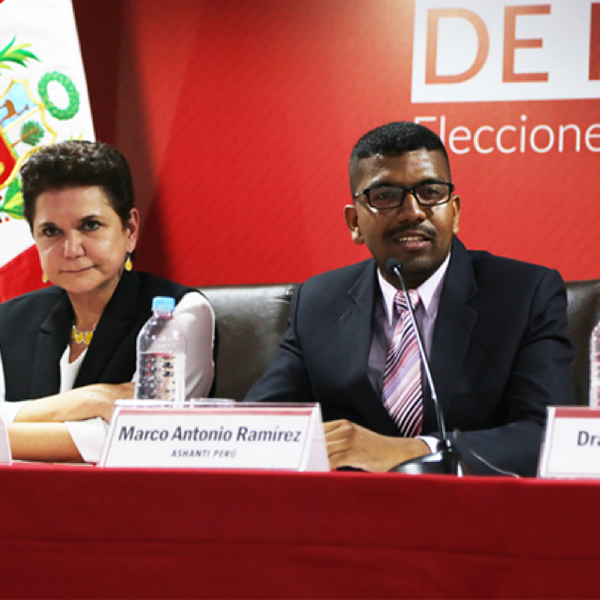 Youth rewriting the Afro-Peruvian narrative
Marco Antonio Ramirez, president of Ashanti Peru, told us how his organization is bringing together young professionals and activists to create change.
The Americas 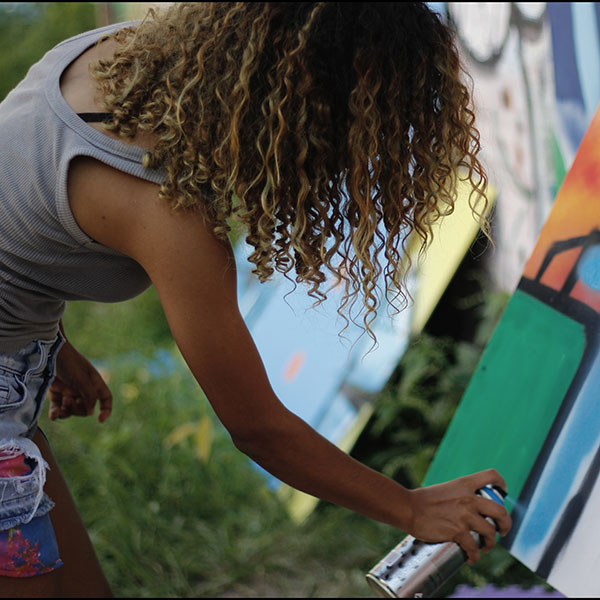 Empowering youth through the arts in Brazil
Our local partner Viva a Vida is bringing arts education to young people in Brazil to inspire change. A 2019 Maya Ajmera Sustainability Award winner, Viva a Vida is helping teens make healthy choices, develop their self-esteem, and take charge of their futures.
The Americas