Bringing refugees and local students together in Serbia

In southern Serbia, Asylum and Refuge Center welcomes migrants and refugees and advocates for their rights with the help of local youth volunteers.

In the town of Preševo in southern Serbia, Asylum and Refuge Center (ARC) engages local high school students in integration and cultural mediation workshops for migrants and refugees staying at a nearby camp.

It’s easy for the high school students to empathize with the experiences of the migrants and refugees, who are often fleeing conflicts and a lack of economic opportunities in Afghanistan, Syria, and other countries. That’s because many of the volunteers have parents or other family members who fled their homes during the Balkan wars in the 1990s.

“Even though these young students don’t have their stories of being refugees, most of them have parents that have been refugees,” explained Merita Jahiji, a Legal Advisor at ARC. “I cannot say they have the same experience, but it’s something where they can connect.”

Drilon Ismaili, a college student who has volunteered with ARC since he was in high school, said his father knows firsthand how difficult it is to be a refugee.

“When I told my dad [I was volunteering], he was actually really proud of me because he said, ‘I know how they are feeling right now and I’m very happy and proud of you that you’re doing something to change the way that they’re feeling,’” Drilon said. 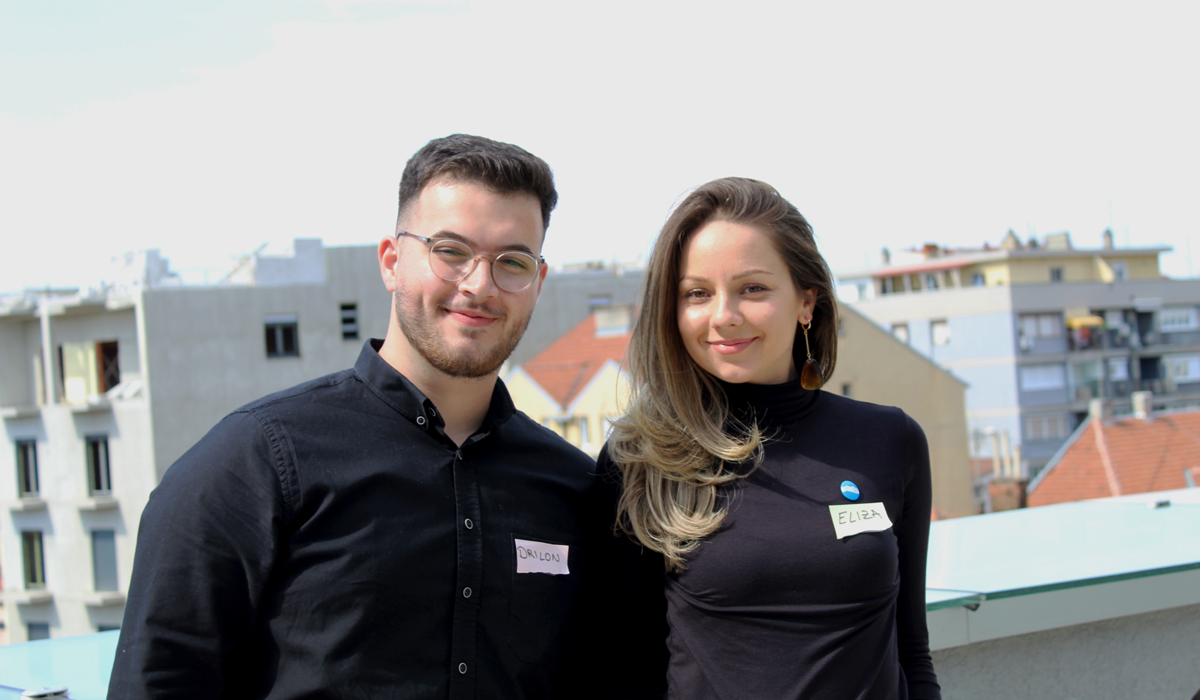 Drilon, an ARC volunteer, and Eliza, a translator and cultural mediator for ARC, at a GFC convening in Belgrade, Serbia. © Ismail Tufekchi/Legis

Drilon is one of roughly 20 young people who volunteer with ARC, a GFC partner organization that advocates for the rights of migrants and refugees, including youth and unaccompanied minors; provides legal aid and psychosocial assistance; and hosts integration workshops. The organization is part of GFC’s Reducing Violence Against Migrant Children in Southeast Europe initiative, which is a partnership between the Swedish Postcode Foundation and GFC.

ARC grew out of a sister organization based in Belgrade, Serbia, called Asylum Protection Center (APC), which is part of the same initiative and also advocates for migrants’ rights. Merita started out as a volunteer with APC in 2015 when hundreds of thousands of refugees began arriving in Europe, and she became an APC staff person the following year.

In 2018, APC staff and volunteers founded ARC with local lawyers and psychosocial workers.

“We started thinking in which way the organization and the functioning can be sustainable and support growing something from the local community,” explained Jovana Vinčić, an APC Program Manager who helped found ARC. “We started to involve the local youth in it and that was another way of integrating the refugees and this youth to make it more collaborative.”

Currently, most of the refugees entering Serbia at the southern border are fleeing Afghanistan, where the Taliban regained control in 2021. ARC estimates that every day at least 150 Afghan migrants pass through southern Serbia and that roughly 10% are unaccompanied minors. Approximately 500 Afghan refugees are currently staying at the camp near Preševo. 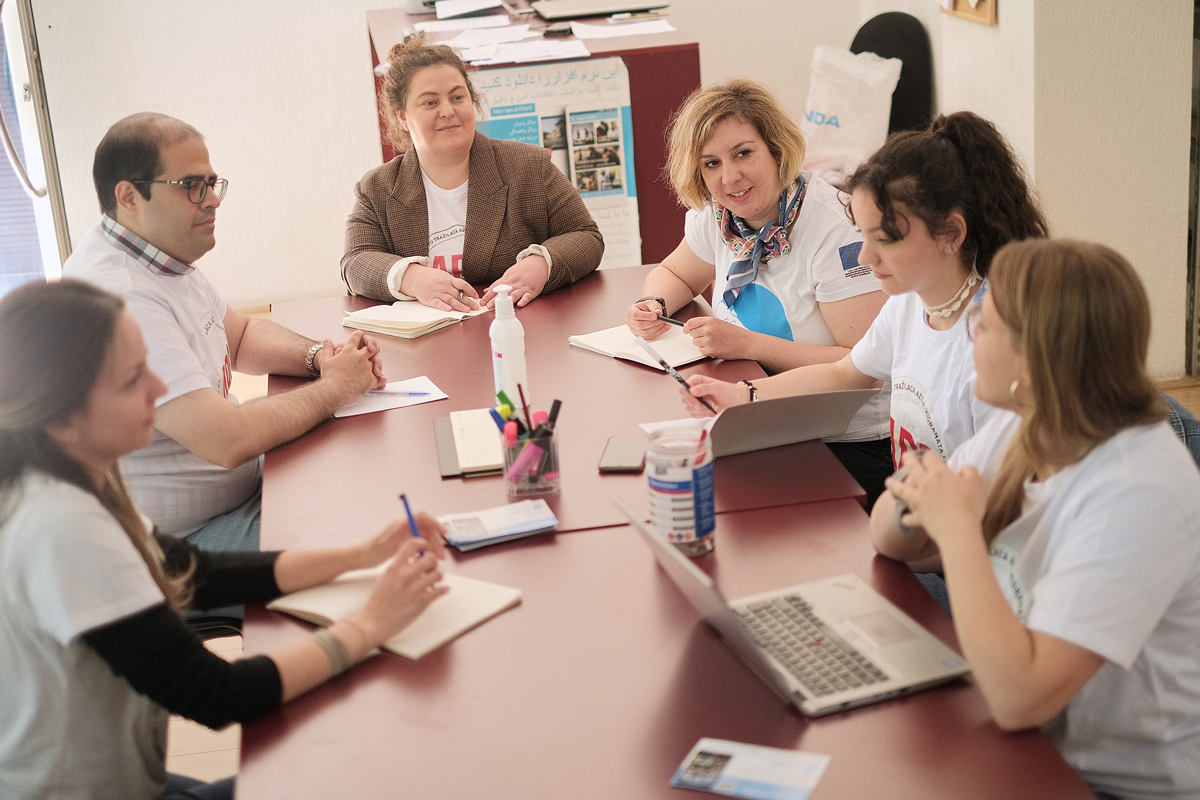 Although this camp is supposed to host only single men, many children end up there. Camp administrators either register the children as adults so they don’t have to provide them with special services, Merita said, or the unaccompanied migrants claim to be older so they won’t be separated from their travel group. ARC and APC inform Serbia’s Center for Social Welfare when they encounter unaccompanied minors so the young people can move to a safer camp where they will be housed with other children.

“This is something that is really worrying because you notice that in those horrible conditions in Preševo, those kids spend a few weeks being with adults in absolutely unsafe conditions,” Jovana said. She explained that the camp doesn’t have drinking water or hot water, and that only a small number of migrants and refugees are allowed to leave during the day. When they are allowed to leave, the migrants and refugees often visit ARC’s office.

“Many of them are really sharing that this is the only place where they can feel okay and accepted, to get some coffee, to get something to drink, to feel like human beings,” Jovana said.

The integration and cultural mediation workshops provide another way for migrants and refugees to connect with the local community. 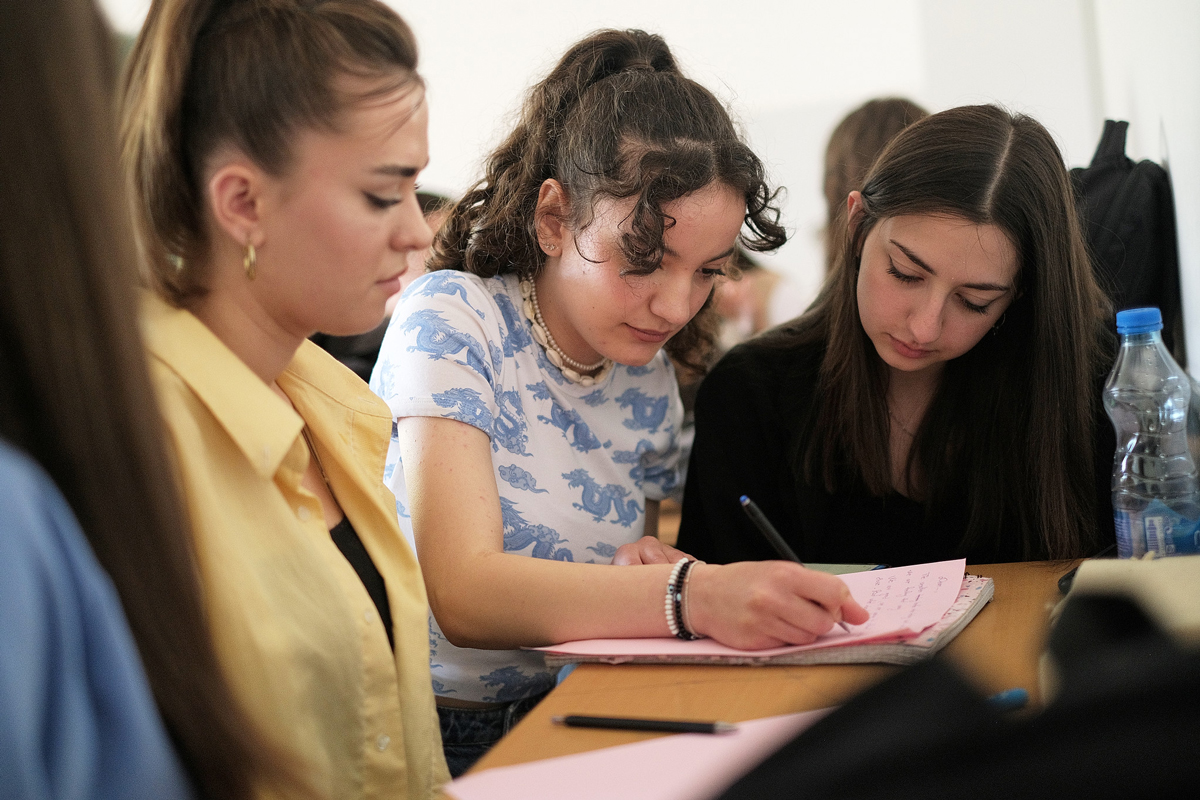 At one recent workshop during Eid, youth volunteers and refugees shared stories about how they celebrate this Muslim holiday in their communities. At another workshop, a group of refugees from Iran and Afghanistan exchanged recipes with local youth volunteers. The refugees chose a dish with lentils, rice, and raisins, and the local volunteers chose goulash, a beef stew that’s popular in Serbia.

“They helped us cook their recipe and we helped them cook our recipe, and it was amazing the amount of food that I ate that day,” Drilon recalled. “I don’t particularly like onions and peppers, but that day I adored them. Everything was delicious.”

After seeing the success of its high school volunteer program, ARC plans to create volunteer opportunities for students from local primary schools as well.

“I really hope for other younger people to realize this amazing opportunity and also to take part in these actions and to try to help as many people as they can,” Drilon said.

Header image: Jovana (second from left), Merita (second from right), and other ARC and APC team members outside a reception center for migrants and refugees in southern Serbia. © GFC / Petar Markovic 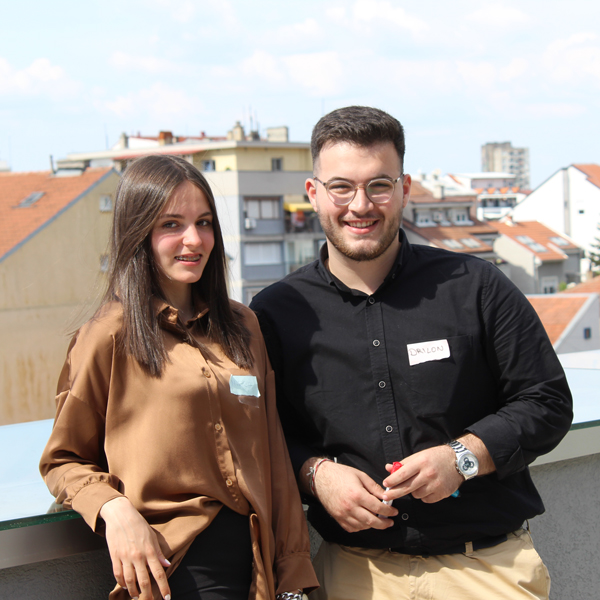 Deepening youth participation at the grassroots
At a convening in Serbia, GFC’s partners in the Reducing Violence Against Migrant Children in Southeast Europe initiative focused on meaningful youth participation and how it relates to their work supporting migrants and refugees.
Europe & Eurasia 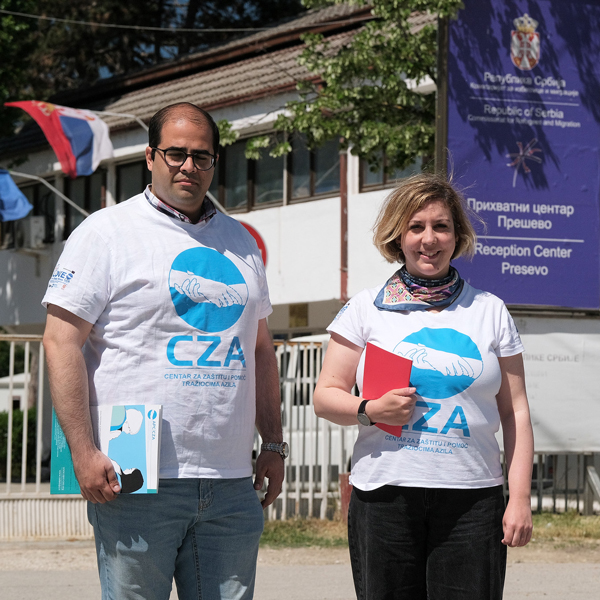 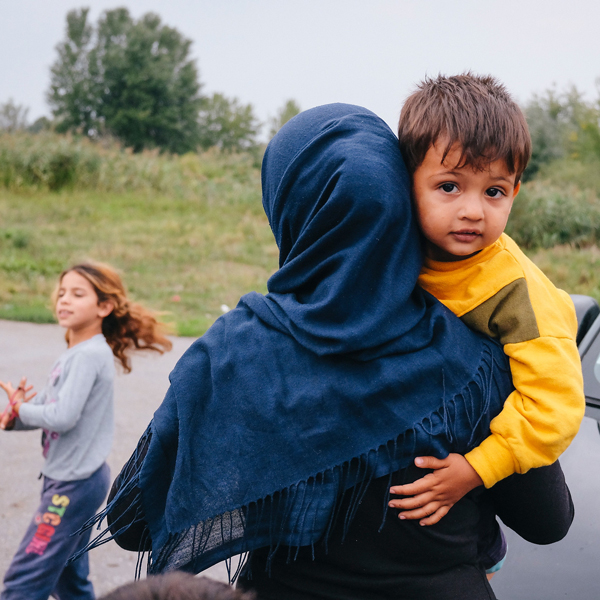 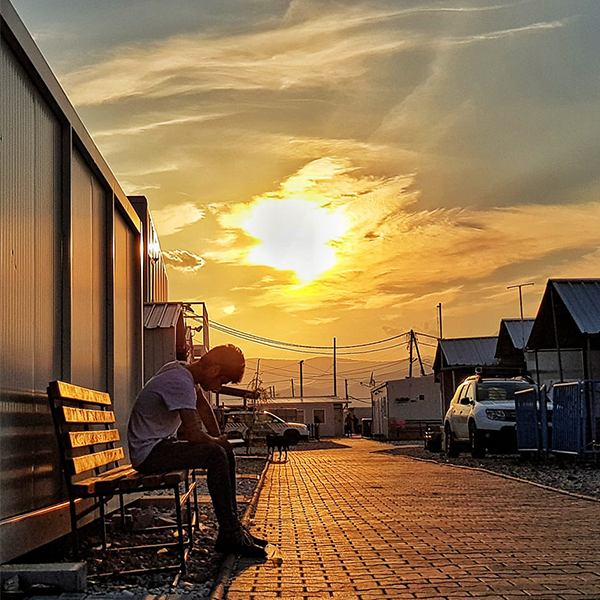