Editor’s note: this interview is also available in Spanish.

In this interview, ASOGEN shares stories of its work with girl survivors of gender-based violence in Guatemala.

In the Guatemalan departments of Chimaltenango, Sacatepéquez, and Sololá, ASOGEN is the only community-based organization to offer survivors of gender-based violence the legal aid, medical services, and psychological support they need. In recognition of this work, the organization won the first-ever Juliette Gimon Courage Award in 2019.

At a recent transnational convening of Global Fund for Children partners, we sat down with psychologist Edith Quisque and legal attorney Lizbeth García from ASOGEN. They shared updates from the organization and how the award has impacted them one year later.

ASOGEN won the first Juliette Gimon Courage Award in 2019. How have you used the funds from the award?

In this case, the construction permits have already been obtained, the architectural blueprints for the space have been produced, and the budget has been drawn up. The only thing missing is certain legal authorizations needed to proceed with the negotiations with government authorities.

Some of the funds were used to pay select staff wages, since the government didn’t cover these wages [as it had promised]. Another part was used for security: motion sensor lamps were installed, because services at our shelter must begin very early in the morning. 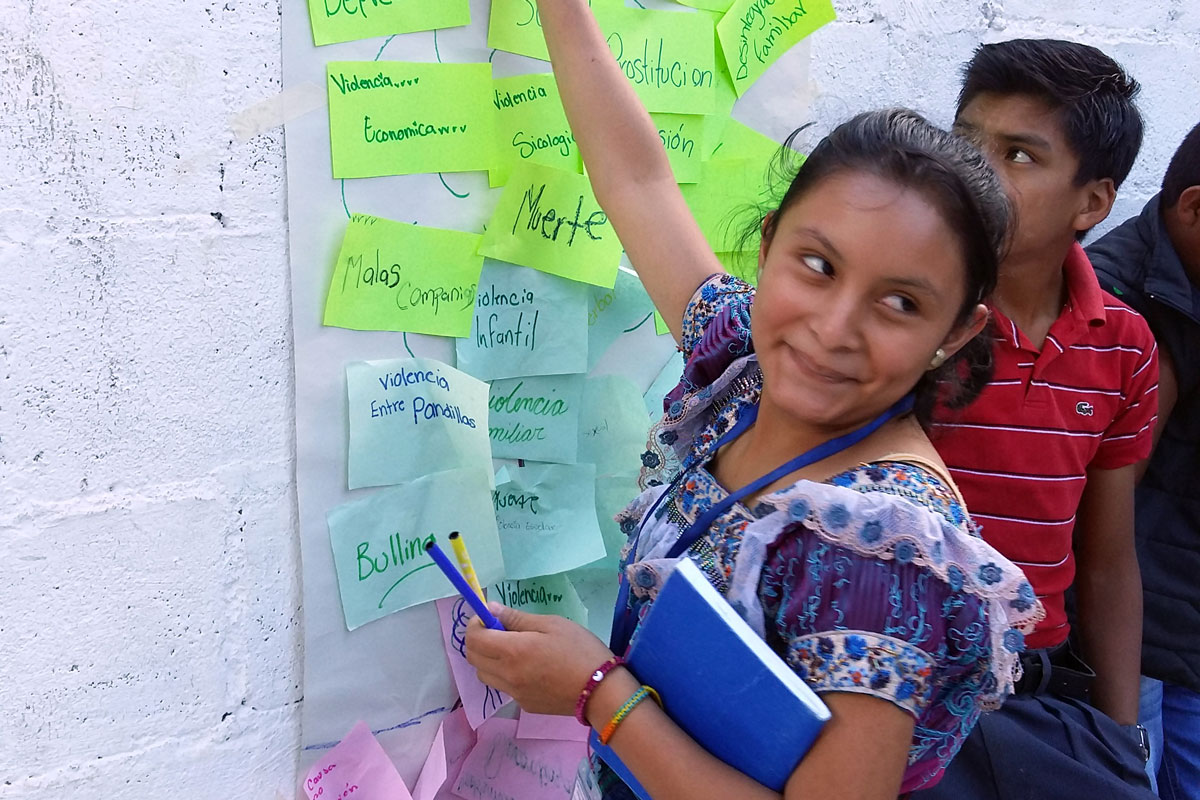 Edith: I think it’s not just one story, but many stories we’ve had at ASOGEN. We’ve secured legal sentences on behalf of the girls and young women who have participated in both our legal and psychological services. We’ve seen a resounding change. What fulfills me most as a psychologist is their comments.

For instance, the mother of a five-year-old girl told me: “When she arrives at the hospital, she doesn’t want to go inside. She always wants me to be by her side. I don’t see any changes.” That’s when she decided to start coming to ASOGEN. Now, the girl is much more comfortable. Now, she eats, sleeps, plays, and paints again. She became the girl she was before. This is the objective that we as ASOGEN pursue.

When these girls find meaning in life again, I don’t know if it fulfills me more or fulfills them more.

Last year, we also held workshops in Escuintla, one of the departments most affected by the 2018 volcano eruption. In 2018 we started offering workshops, and due to the positive and significant changes we saw, the principal from another school approached us and asked for the same workshops with her students. Last year we planned these workshops and went to teach them, despite poor weather conditions, because there were heavy rains and high heat. These sudden changes provided learning and tolerance for us.

We went without saying “no,” in order to serve the adolescents there.

ASOGEN staff in the aftermath of the 2018 eruption of Fuego Volcano. © GFC

Also, this year, we successfully trained and financially empowered adult women. They came to the association, we offered them workshops, and we gave them the tools and materials to start their own business.

Lizbeth: All of the support has helped in the fight for the human rights of adolescent girls, boys, and women.

How can we keep supporting you from here on out?

Edith: We have broad visions for the future. One of our dreams is to own our own physical space. Sometimes we have to move from one rented space to another. It affects us, but it affects our clients even more. They arrive at the location where we were before, and then they can’t find us, or it takes longer for them to find us. We’ve always tried to maintain the same phone number, so that they can at least call us for directions. Having our own physical space would be the best. Having our own means of transportation would be helpful too: when we hold workshops with adolescents, sometimes we have outings, and we aim for them to be in larger and quieter spaces.

We also need funds for professional staff, because in matters of politics and with the incoming new government, we don’t know if the government will continue to support us or not. In 2019, it didn’t support us at all. Despite that, we’ve never said, “I’m not going to work anymore, I don’t want to work,” but rather the opposite. We’ve continued to provide the same care and services – the same hours, the same days. We are passionate about what we do and are achieving our goals. And, upon seeing those changes and achievements, when we feel like we can’t keep going anymore, we advance a little further.

Do you want to share anything you’ve reflected on or learned from this convening?

Edith: Personally, it has benefited me a lot. I’m taking away new methodologies to apply in our support groups for adolescents. I believe that these alliances help us.

We don’t work in Nicaragua or Honduras, but we’re going to transfer this knowledge to Guatemala. 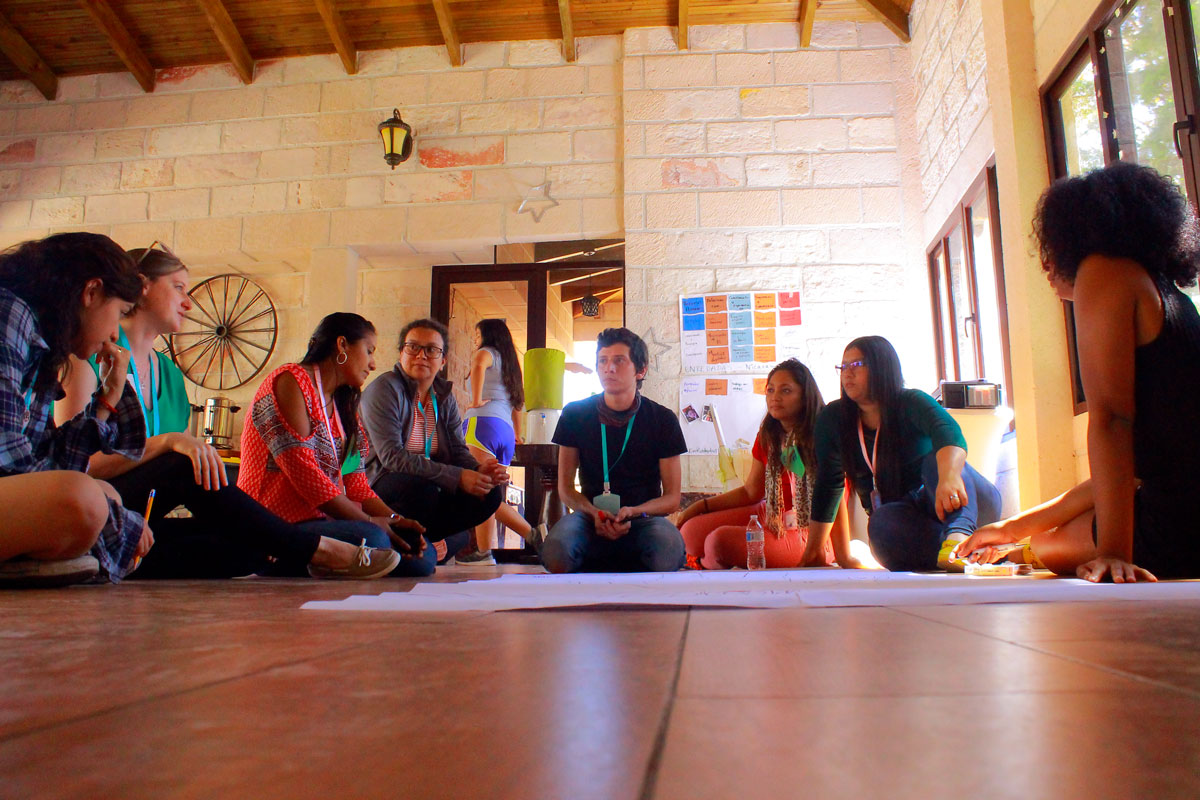 Lizbeth: Also, from me, thank you GFC for this convening, which has been very beneficial for everyone. From ASOGEN, because of the work that we do, it strengthens our continued efforts with girls, boys, and adolescents. Thank you.