We’re committed to raising youth voices and ensuring that young people inform our work. Our Youth Leadership Council is commissioned to articulate and advance the needs of youth peers, and to serve as advisers to GFC. 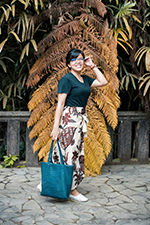 Owena Ardra
Member, Youth Leadership Council (Indonesia)
Owena Ardra is a Project Coordinator at Yayasan Plan International Indonesia, a national NGO that works towards the fulfillment of children’s rights and equality for girls in Indonesia. Her current project, which she has been working on for two years, focuses on preventing child marriage, teenage pregnancy, and female genital mutilation in various districts of Indonesia. Owena is an active member of the Indonesia-based network Jaringan Aksi and also represents her organization in the global network Girls Not Brides, both of which are committed to ending child marriage by fulfilling the potential of girls. Since she was 16 years old, her fondness for children and her desire to promote tolerance and inclusivity drew her to work closely with diverse groups of children and youth through volunteer activities, mostly with young people living in extreme poverty and children with disabilities. During her professional years, she has contributed to the development of various learning materials with nonprofit organizations and government agencies, such as modules about how to develop a village children protection group – a community-based child protection mechanism – and modules for providing comprehensive sexual education to adolescents with intellectual disabilities. This experience allowed her to initiate a global discussion group among academics, NGO workers, and menstrual health management experts regarding menstrual health and disability. Owena is an avid reader, writer, and independent bookshop enthusiast. 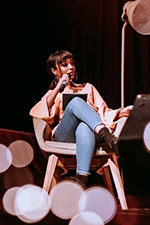 Nasra Ayub
Chair, Youth Leadership Council (United Kingdom)
For the past four years, Nasra has been an activist with Integrate UK, a youth-led charity that works toward equality and integration by supporting young people with their learning. As a Lead Outreach Worker, Nasra mentors and trains other young people and delivers workshops and trainings to frontline professionals on topics such as FGM and violence against women and girls. She also represents the charity at high-profile national and international events and is frequently featured in the press, including as a panelist alongside Emma Watson at a recent MeToo event. Nasra is also an Undergraduate Education Officer at the Bristol Students Union, having been elected by students at the University of Bristol to improve students’ educational experience and ensure the university is a diverse and inclusive institution. 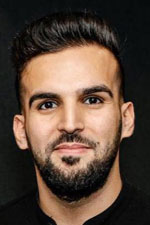 Cllr. Mete Coban MBE
Member, Youth Leadership Council (United Kingdom)
As Chief Executive of My Life My Say, Mete is best known for contributing to the increase of turnout for young people in the 2017 and 2019 UK General Elections. The youngest-ever-elected Councillor in the London borough of Hackney, he is currently serving the administration as the Cabinet Member for Energy, Waste, Transport, and Public Realm. Previously, he worked on the Mayor of London Sadiq Khan’s election campaign, leading on youth engagement. Mete holds a bachelor’s degree in politics and a master’s degree in public policy and practice, both from the University of Greenwich. In the 2020 New Years Honours list, Mete received an MBE (Member of the Most Excellent Order of the British Empire) for services to young people, recognizing his efforts to make politics more accessible for the younger generation. He received the UK Government’s National Democracy Changemaker of the Year Award in 2018. Mete was also shortlisted for the One Young World Politician of the Year Award in 2019, which celebrates the most impressive, impactful young politicians around the world. 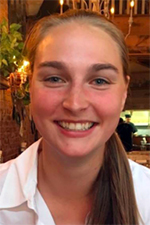 Katie Fuhs
Member, Youth Leadership Council (United States)
As the Operations and Programs Coordinator at Accountability Lab, Katie helps to build a new generation of active citizens and responsible leaders around the world by supporting young change-makers to develop and implement positive ideas for integrity in their communities. Prior to her current position, Katie facilitated the participation of international security leaders and experts from democracies around the world at the 2018 Halifax International Security Forum. Before the Forum, she worked on behalf of Global Development Incubator on the development and expansion of a West African capacity-building and youth leadership program, Emerging Public Leaders. Katie graduated cum laude from Dartmouth College, where she studied government and cultural anthropology, was a War and Peace Fellow, and played Division 1 soccer and rugby. At university, Katie also organized and led Cully’s 5k Run, raising $10,000 for the local suicide and emergency hotline. 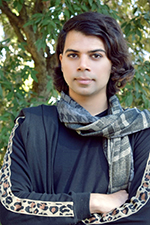 Saro Imran
Member, Youth Leadership Council (Pakistan)
Saro is a young transgender activist and entrepreneur dedicated to advancing the sexual and reproductive health and rights of young people, especially those from marginalized communities. She has worked in the fields of sexual and reproductive health and rights (SRHR) and gender equality with various international organizations. She has taken part in the United Nations Universal Periodic Review process by contributing to reports on SRHR issues faced by young people in Pakistan, as well as on transgender issues in Pakistan. Saro has contributed to several research projects aimed at understanding and highlighting marginalized communities. Her projects have explored feminist representation in Pakistani cinema; understanding eunuchs through Pakistani television; and experiences of joining the transgender community. She has also worked with UK AID and UNICEF on advocacy-based research related to health services in Pakistan and youth development in South Asia. Saro has developed a community-based organization in her region, Activists Alliance Foundation (AAGAHE), which envisions a society where all transgender persons can live with dignity and self-respect, enjoying equal social justice and wellbeing. 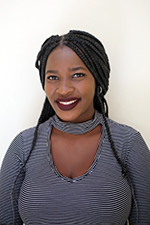 Sunga Kufeyani
Secretary, Youth Leadership Council (Malawi)
Sunga Kufeyani is a Program and Project Management professional who is very passionate about human rights, educational empowerment for girls in marginalized communities, and young women's participation in policy-making positions. She is a Co-Founder and Chief Operating Officer of Loving Arms Malawi, a local nonprofit that works with young people in areas of abuse and education. Loving is committed to victim support and raising awareness on issues of sexual violence to encourage conversation on the topic, with the hope of empowering survivors to speak up. Loving also aims to support girls from marginalized communities both financially and emotionally to stay in school and pursue their dreams. Sunga enjoys writing, creating, and designing projects and campaigns. She is currently an Atlas Corps Fellow working with Philanthropy University to support a group of community leaders in the global south. She also is a Board Member for Ufulu Groups, a nonprofit that empowers single parents from vulnerable and under-resourced backgrounds through skills training and dignified work. Previously, Sunga worked as a National Director for 2ndMilk, a US-based organization that works with vulnerable families in Malawi, providing formula and nutrition. 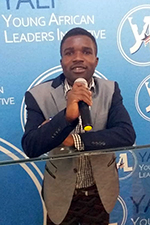 Solomon Tawanda Ndondo
Vice Chair, Youth Leadership Council (Zimbabwe)
Solomon Ndondo is a 25-year-old man from Zimbabwe and is Founder and Executive Director of the Africa Rise Foundation, where he is responsible for strategic decision-making. Solomon is currently completing the final year for his BSc Honours degree in Human Resources Management at Great Zimbabwe University. Alongside his studies, he is an active volunteer, a peer educator and counsellor, an advocate for human rights, and an alumnus of YALI RLC (Young African Leaders Initiative Regional Learning Centre South Africa). He is passionate about Sustainable Development Goals and the equality of humankind. In addition to the above-mentioned roles, Solomon Ndondo is an Independent Sales Dealer at Awesim Telecoms Private Limited. He is also a small-scale farmer and was a delegate to the Second African Youth SDGs Summit in Ghana Accra 2018.