From Bangladesh to the World Cup: Meet the children at LEEDO’s Peace Home

At Peace Home, children who once lived on the streets of Dhaka have a family, a bright future … and a little bit of international fame. Join us on our visit.

Many of us can only dream of growing up to compete in the World Cup. For eight children supported by our partner Local Education and Economic Development Organization (LEEDO), that dream just became a reality. 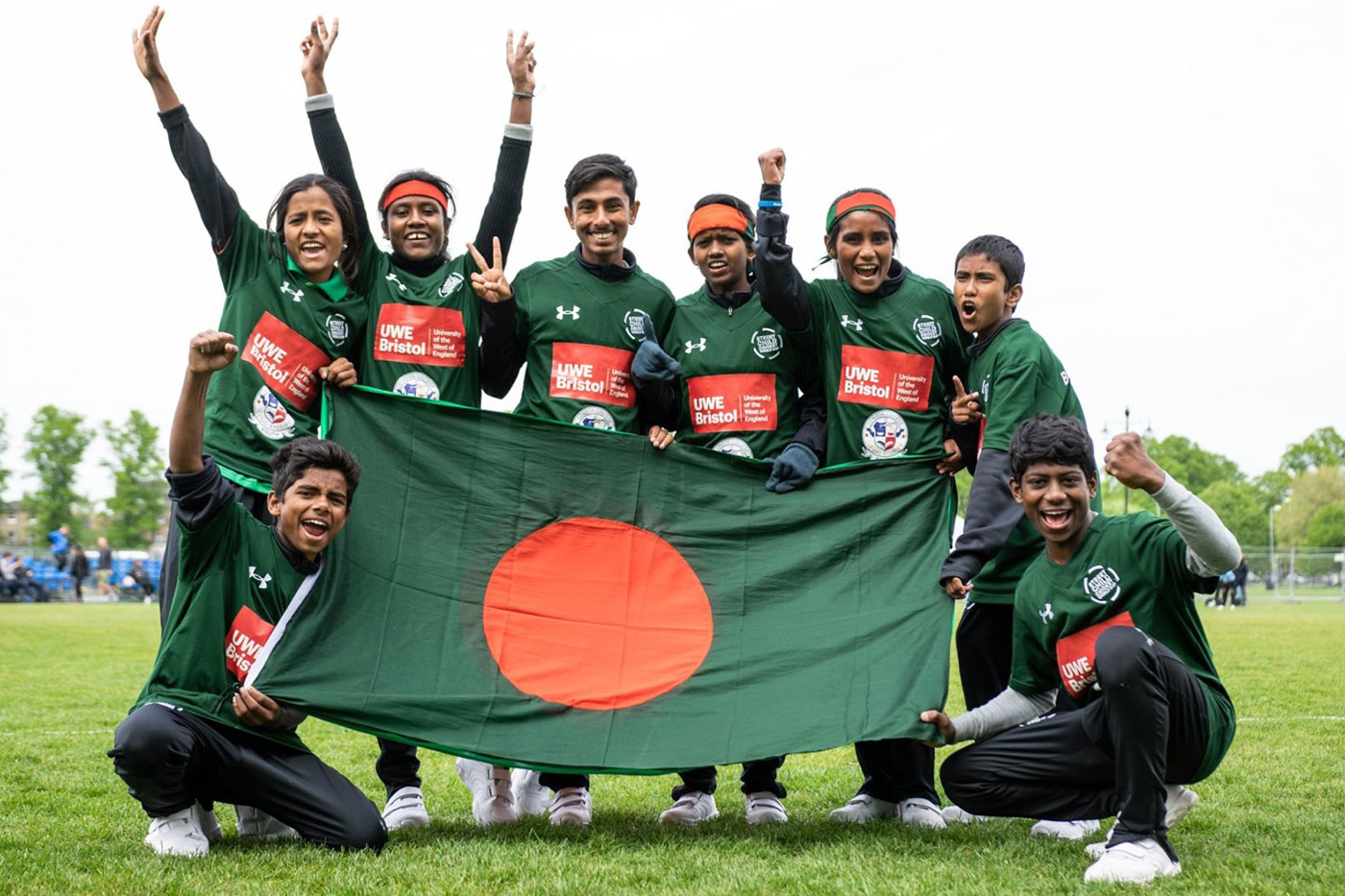 The cricket team members after being selected to play in the semifinals. © LEEDO

Competing against nine other teams from across Europe, Africa, and Asia, the Bangladeshi youth made it all the way to the semifinals, placing fourth in the tournament overall.

On their trip, they did more than just play cricket. They also saw the sights of Cambridge, gave interviews to the press, and helped raise international awareness about the needs and rights of children who have been separated from their families. 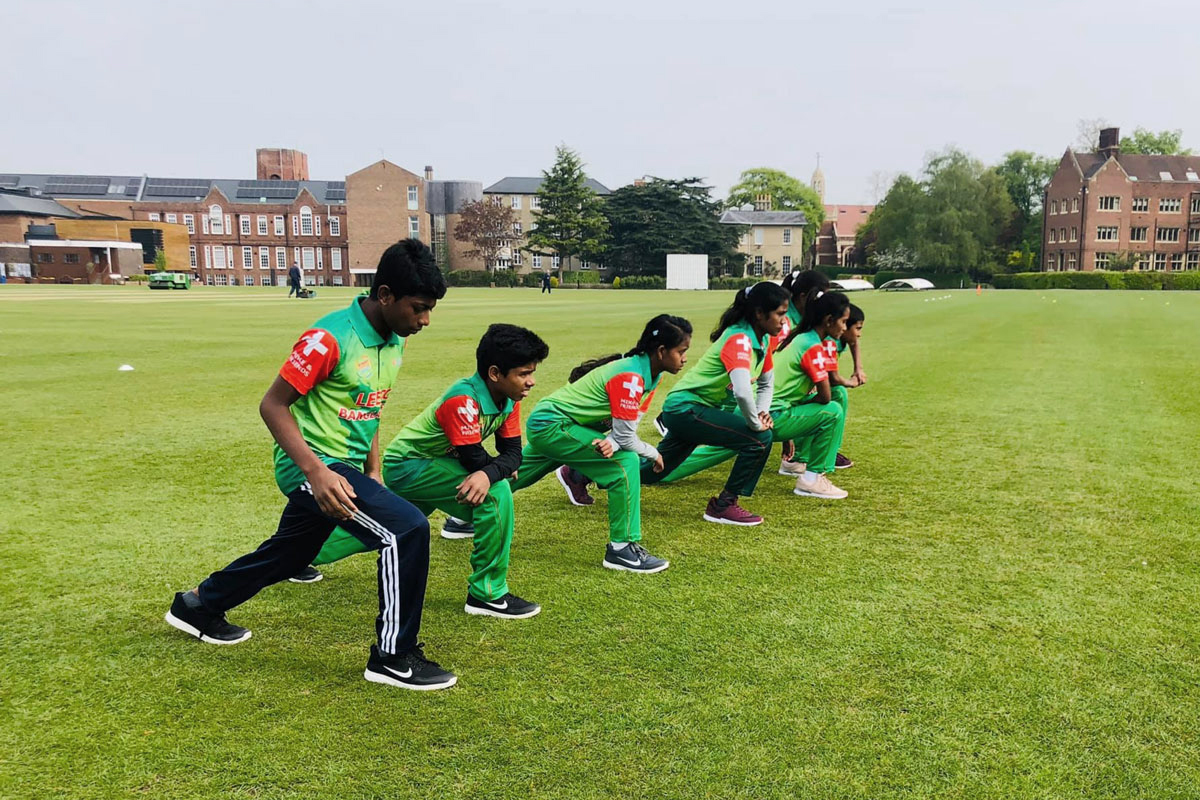 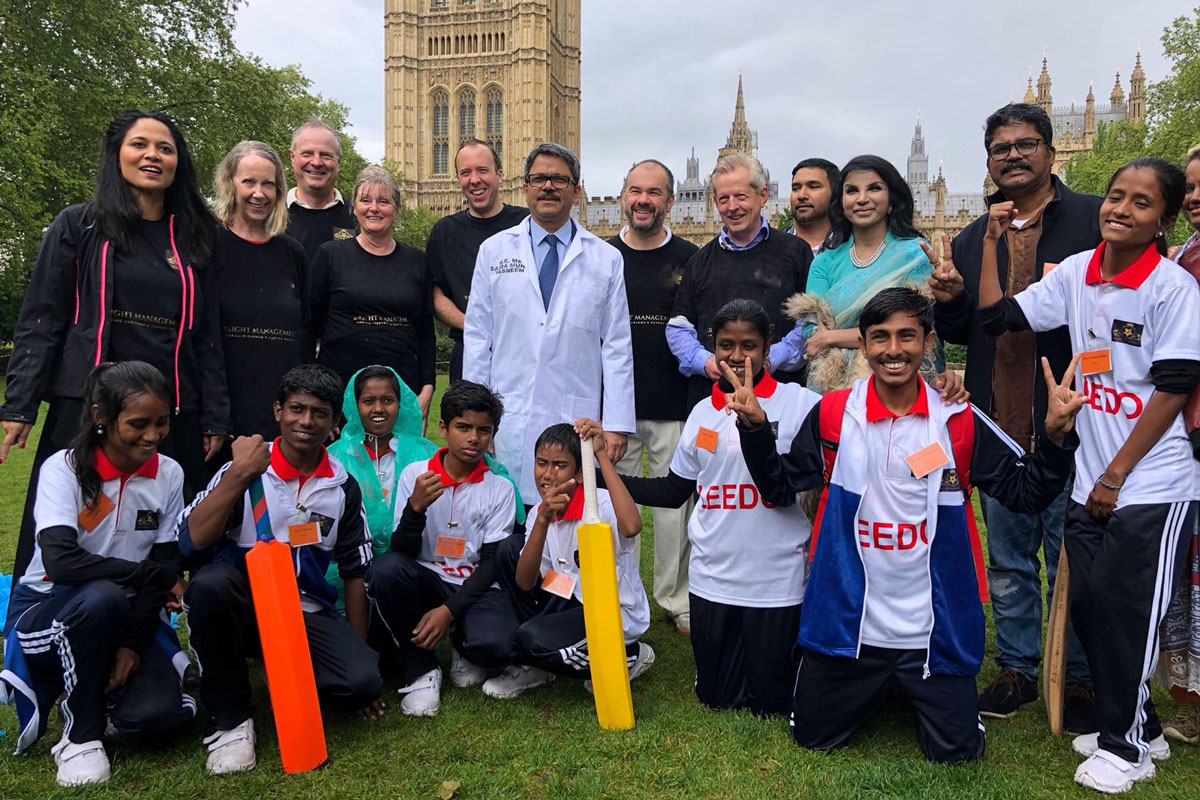 They spread the message that all children – regardless of their background – deserve peace, love, safety, and the opportunity to reach their full potential.

“When they come back to Bangladesh, they will be part of a special group, and they will be advocates for the other kids who are still living on the street,” LEEDO’s Executive Director Forhad Hossain said about the team members.

We’re even more inspired by these young leaders when we learn about their strength and the obstacles they’ve already overcome. 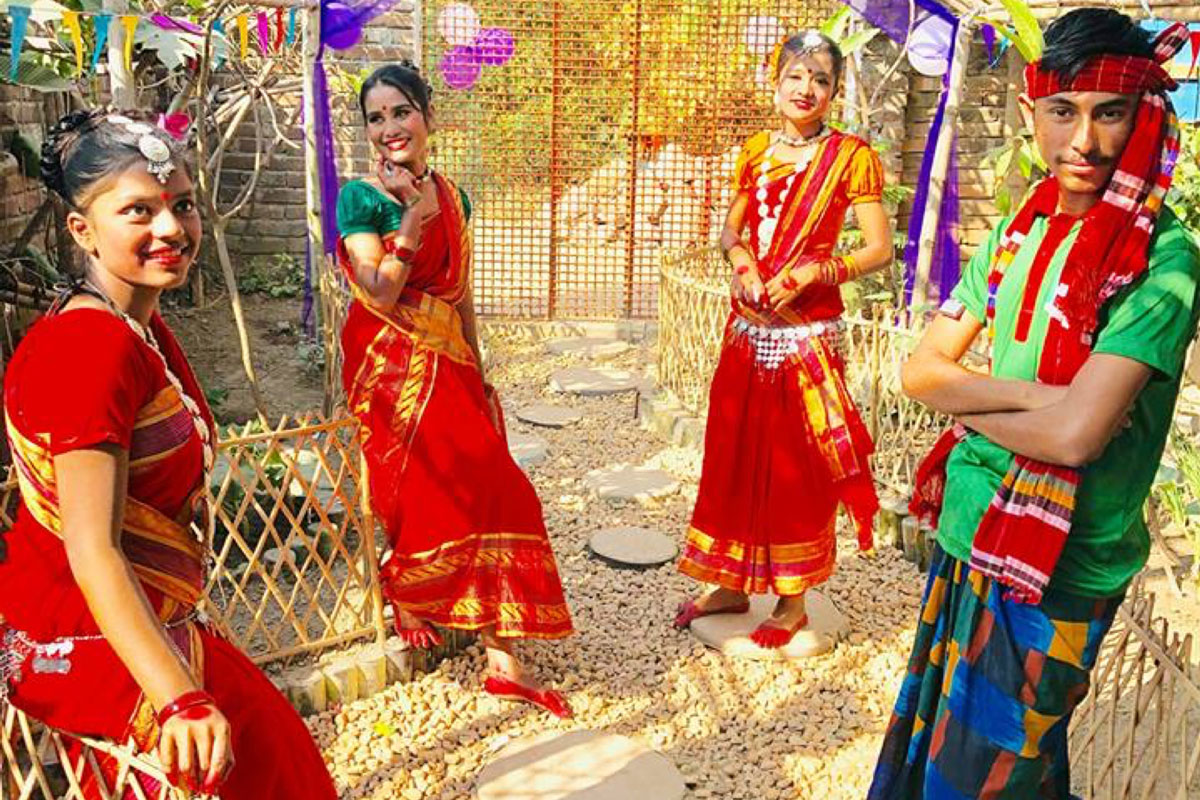 Members of the cricket team during a festival at Peace Home. © LEEDO

The eight girls and boys who competed in the World Cup were themselves separated from their families and lived on the streets of Dhaka before they arrived at Peace Home. Many survived dangerous jobs, exploitation, and abuse during the time when they didn’t have a home.

The LEEDO staff who made contact with the children – at railway stations and in other areas of the country’s capital – immediately provided them with safe lodging, meals, clothing, and medical treatment at a temporary shelter, called Setu Bandhan. They worked to locate the children’s parents or relatives. When those attempts failed, the children found a permanent home with LEEDO. 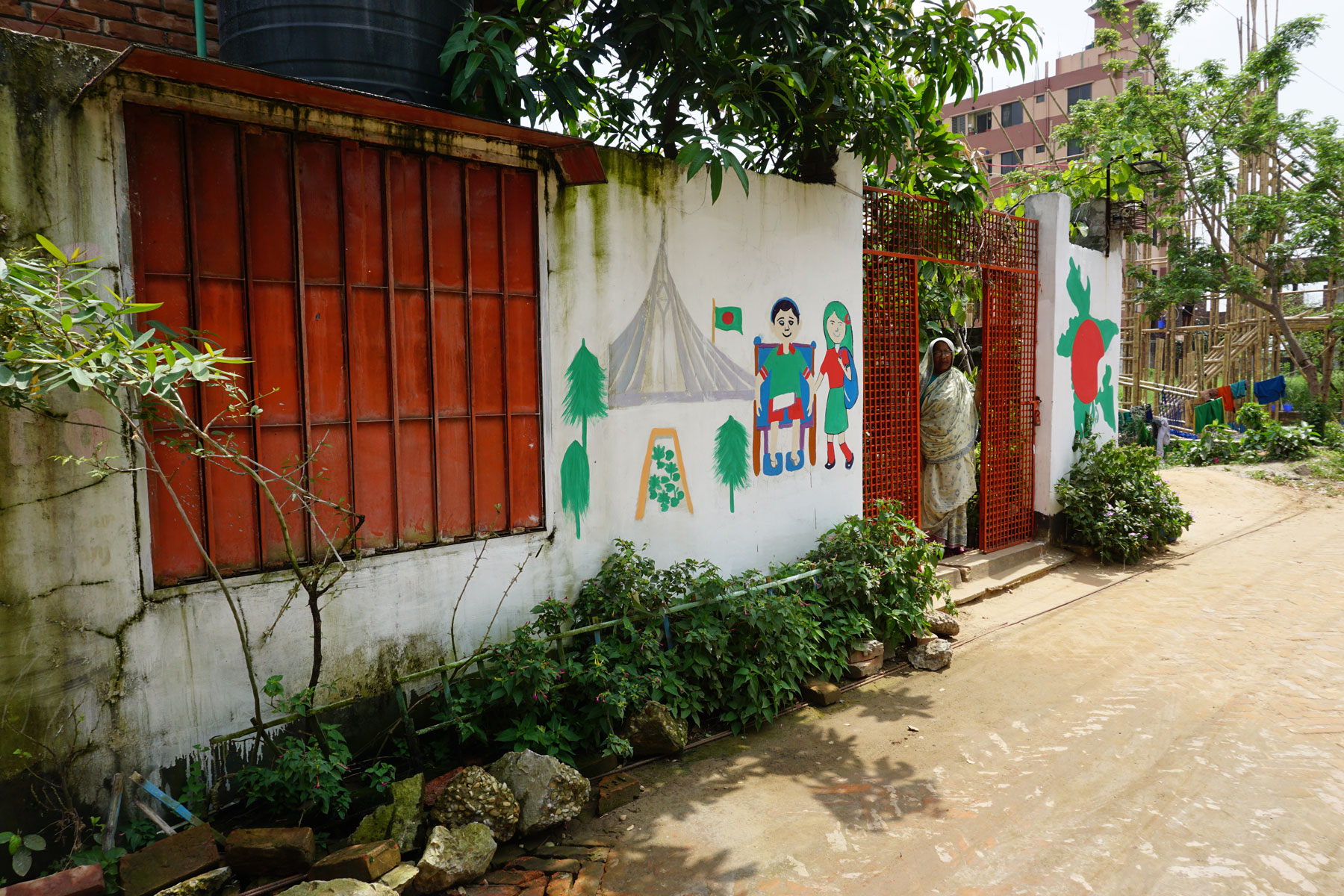 The entrance to Peace Home. © Global Fund for Children

They joined a new family at Peace Home. It’s the first comprehensive, long-term home in Dhaka specifically built for kids who used to live on the street, and it now serves more than 50 children. 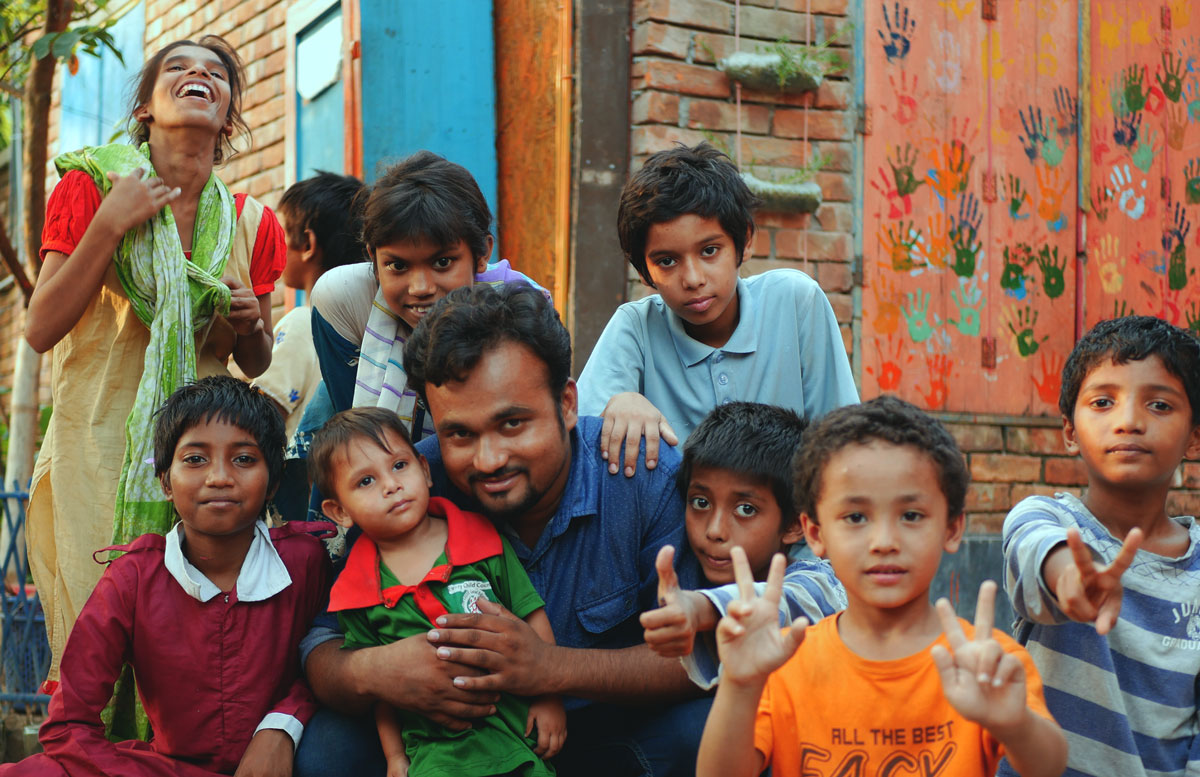 Members of the family at Peace Home. © LEEDO

At Peace Home, an adult “mother” and “father” live with and care for the children around the clock. Kids of all ages and abilities have the chance to attend formal school, play, learn new skills like dance and sports, and pursue a future full of new opportunities. 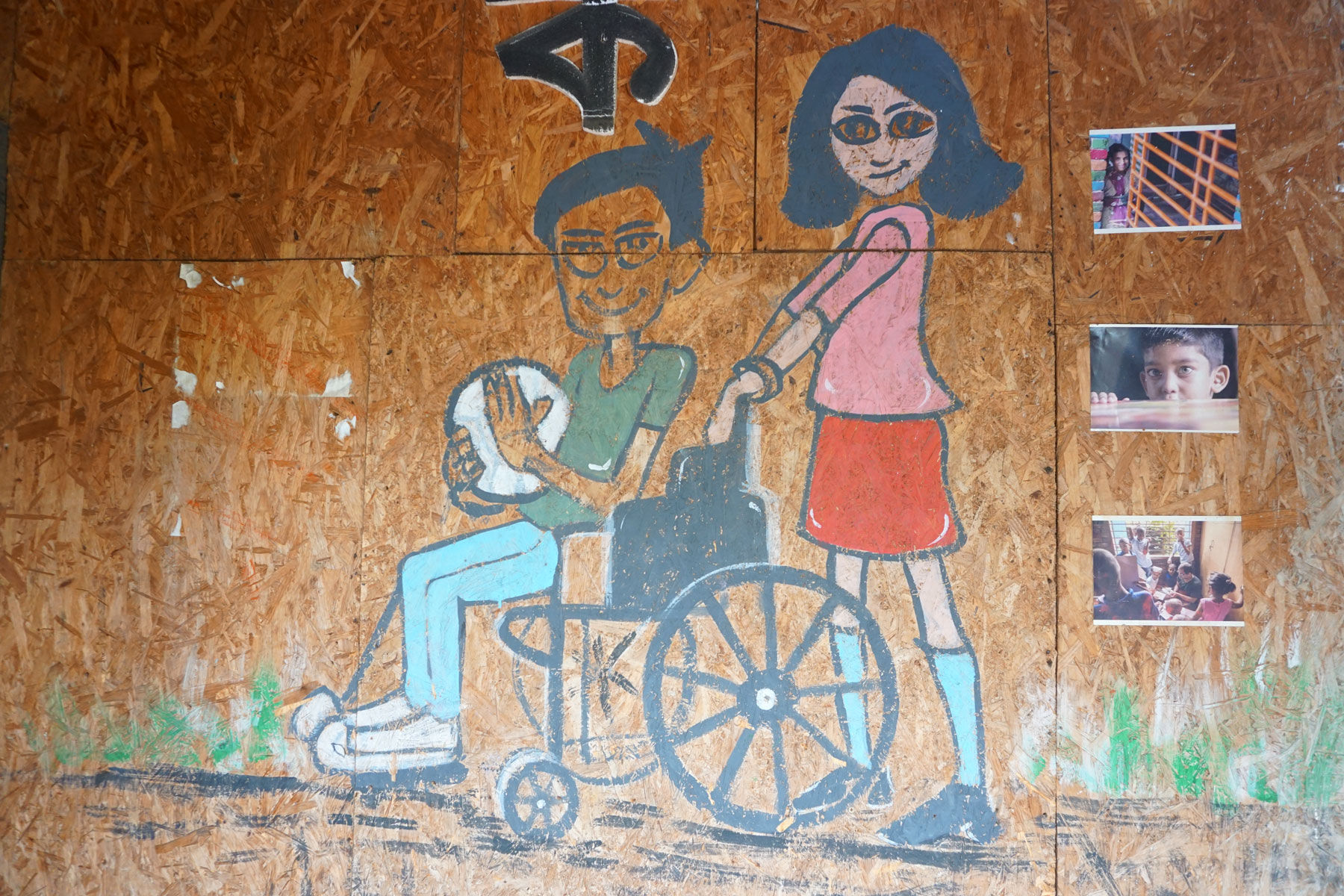 Peace Home is also expanding. The team is adding more space and new facilities, including a new playground, to the building. Next year, they aim to provide a home to 100 children – nearly twice as many as live there now. 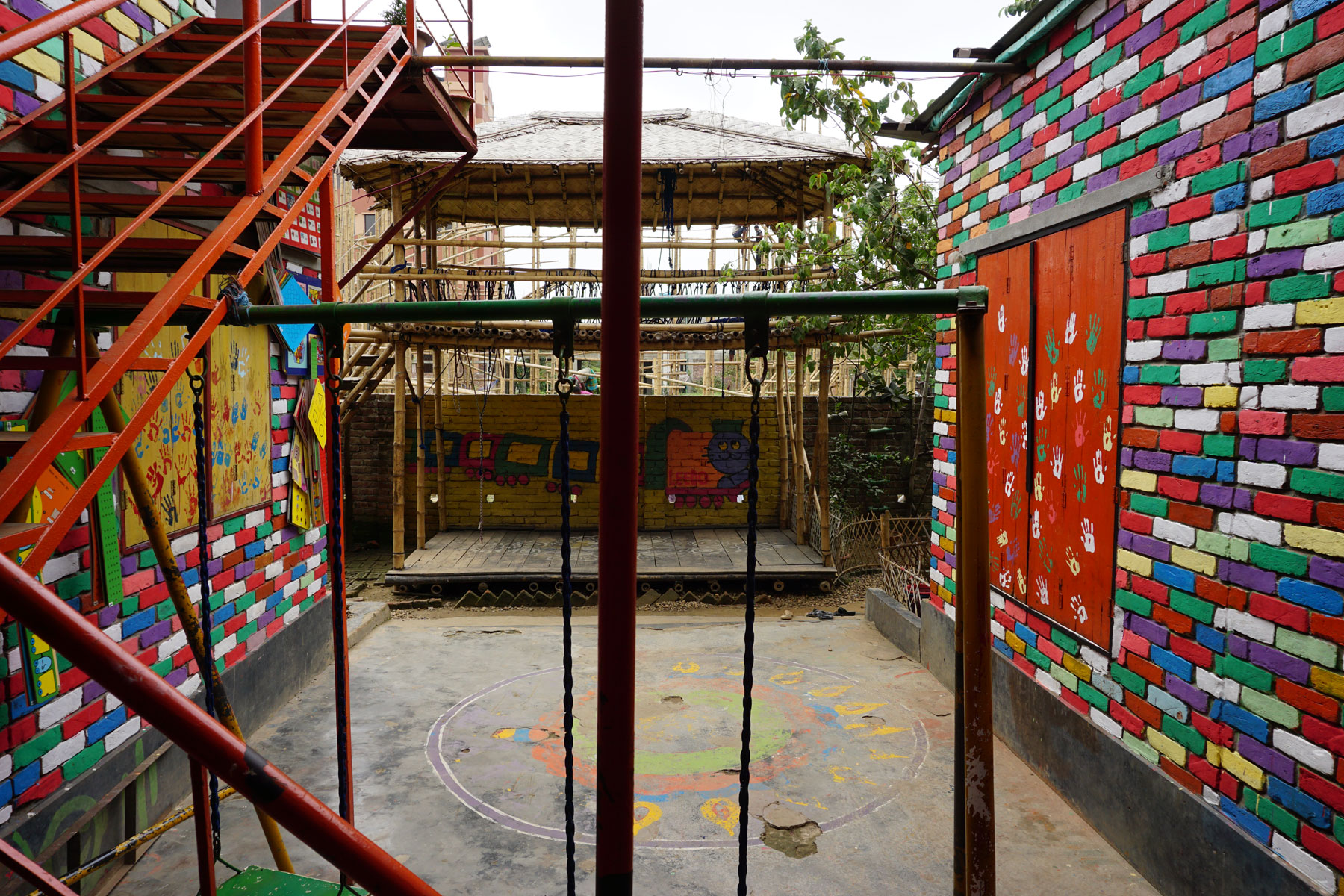 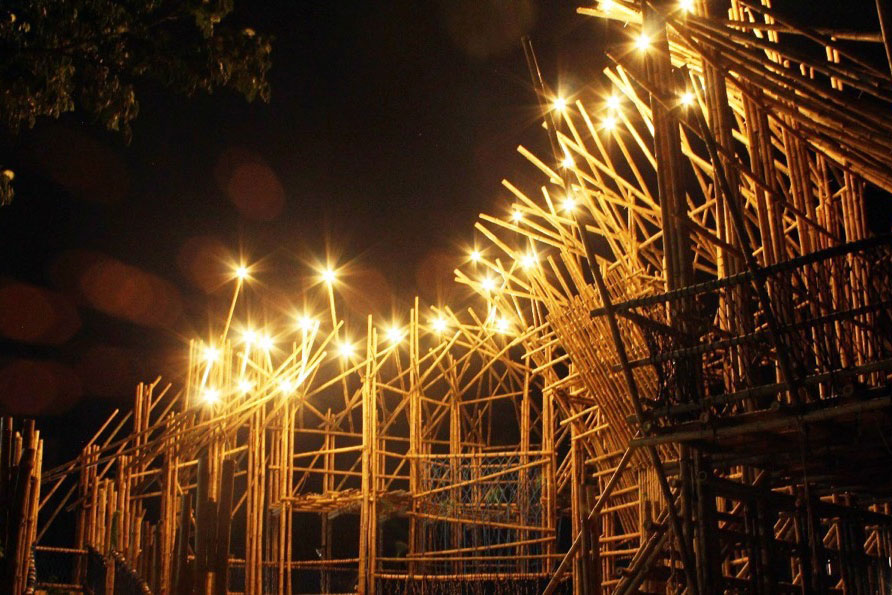 And Peace Home is only one piece of LEEDO’s work. The community-based organization provides free, weekly classes to children in local parks through its School Under the Sky. Its Mobile Schools travel to the locations where children are most in need, engaging them through educational games and activities. It also provides financial support for children and families who have been reunited, helping them pay for safe housing and keep the kids in school.

“GFC is helping us to run School Under the Sky in Kamalapur Railway Station and also run our Mobile School once a week. Through this Mobile School last year, we reached more than 5,000 children. It’s definitely very important work that GFC’s helping,” Forhad said. 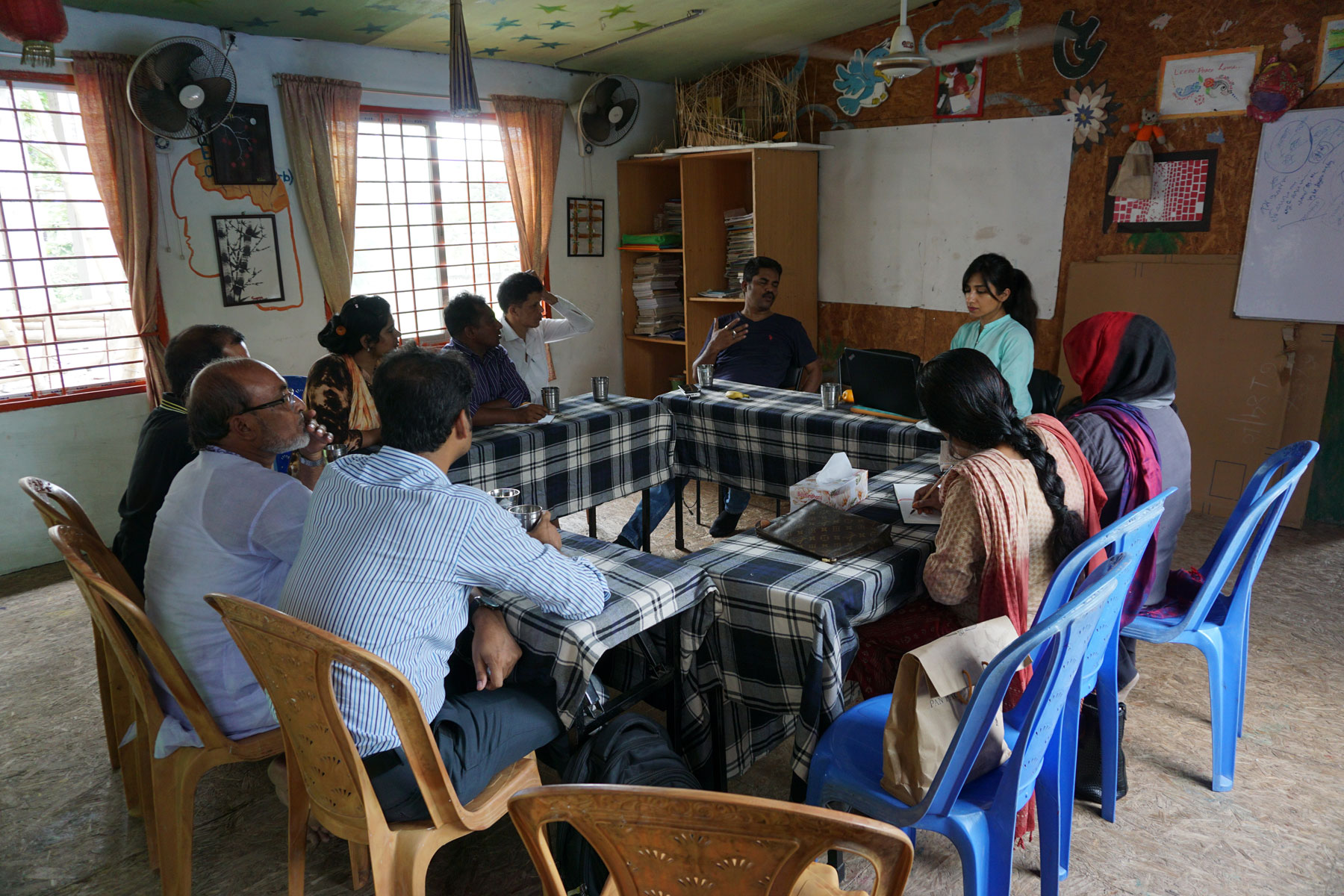 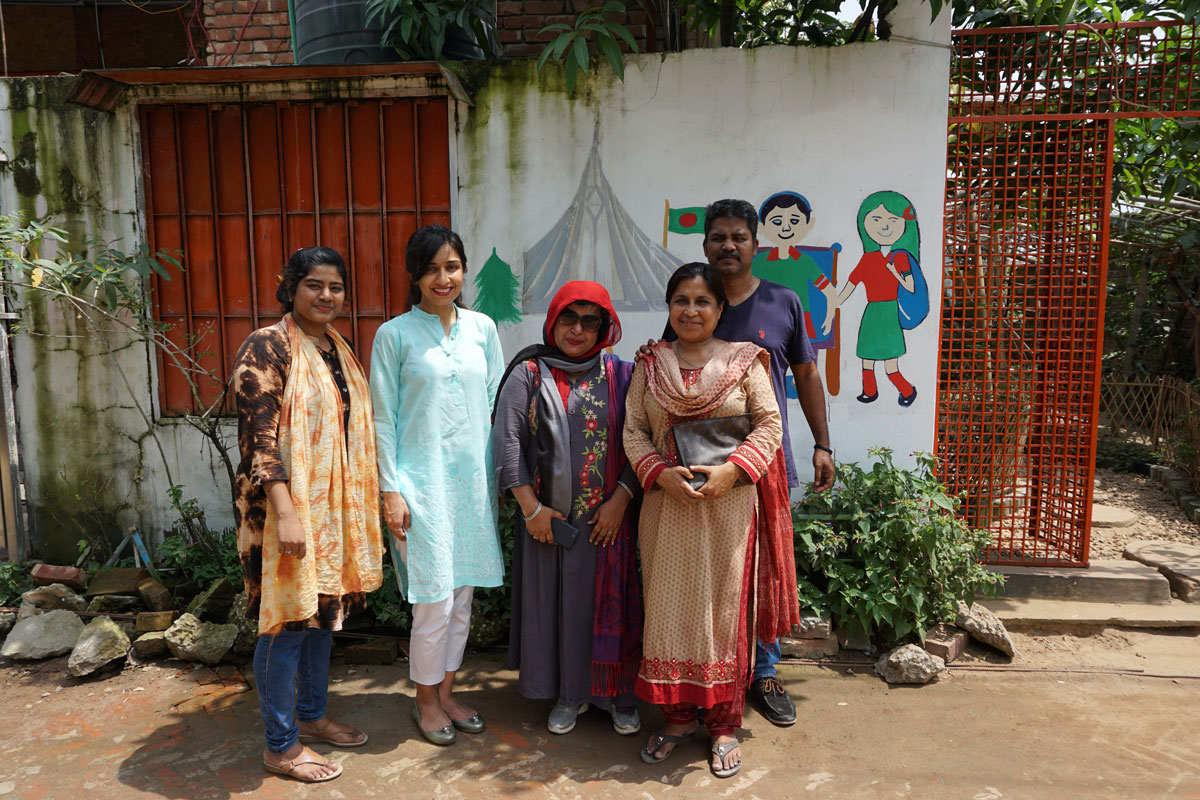 GFC and LEEDO staff in front of Peace Home. © Global Fund for Children

LEEDO is one of six organizations that GFC supports in partnership with WE Trust, as part of its initiative to address the needs of children in hazardous and exploitive labor conditions in Bangladesh.

We provide organizational strengthening, capacity development, and flexible funding to these partners, supporting their programs to prevent dangerous work, provide education, and create new opportunities for children in the most challenging circumstances.

Learn more about our six local partners and their vision for a future free of hazardous child labor in Bangladesh. 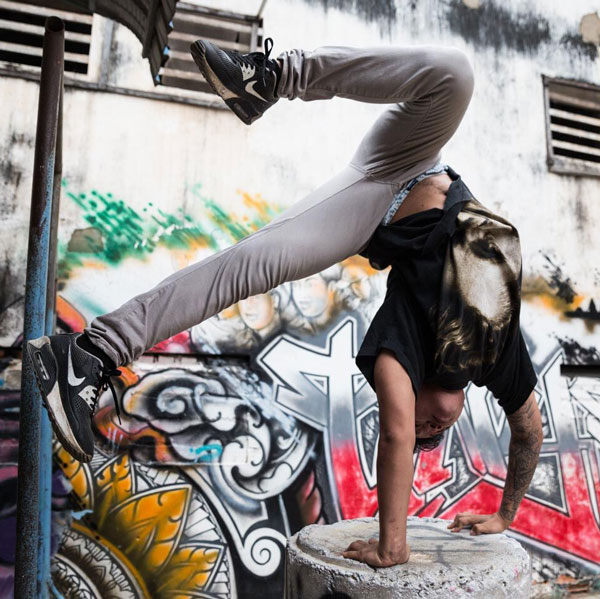 Tiny Toones: going beyond sports
In Cambodia, our partner Tiny Toones has grown from a small organization based in a living room to one that has gained national and global recognition for its innovative use of hip-hop culture to engage, inspire, and educate vulnerable children and youth.
Asia