Adolescent girls in Sierra Leone face many challenges. Sierra Leone has one of the highest rates of teenage pregnancy in the world, and child marriage is common. These issues can put teens at a higher risk of gender-based violence and make it harder for them to finish their education.

For Veronica Fannah, the Founder and Director of Integrated Development Program for Teenagers (IDP4T), these challenges can’t be adequately addressed when adults are the only ones involved in coming up with solutions. Veronica believes adolescents should participate in discussions about these issues and have access to spaces where they feel heard.

“One thing we have learned is that the girls know the issues affecting them, but due to a lack of resources and a lack of knowledge, they become quiet because adults mostly leave them out when it comes to decision-making,” Veronica explained.

Through its Teen Talk program, IDP4T provides adolescents ages 13-19 with a safe space to discuss their concerns, learn about reproductive health, and build their self-confidence. For six months, the teens meet periodically in groups of 25 at local schools and within the community. Participants who excel in the program are encouraged to help facilitate meetings for the next cohort. The goal is to empower young people to exercise agency over their bodies and make informed life decisions. 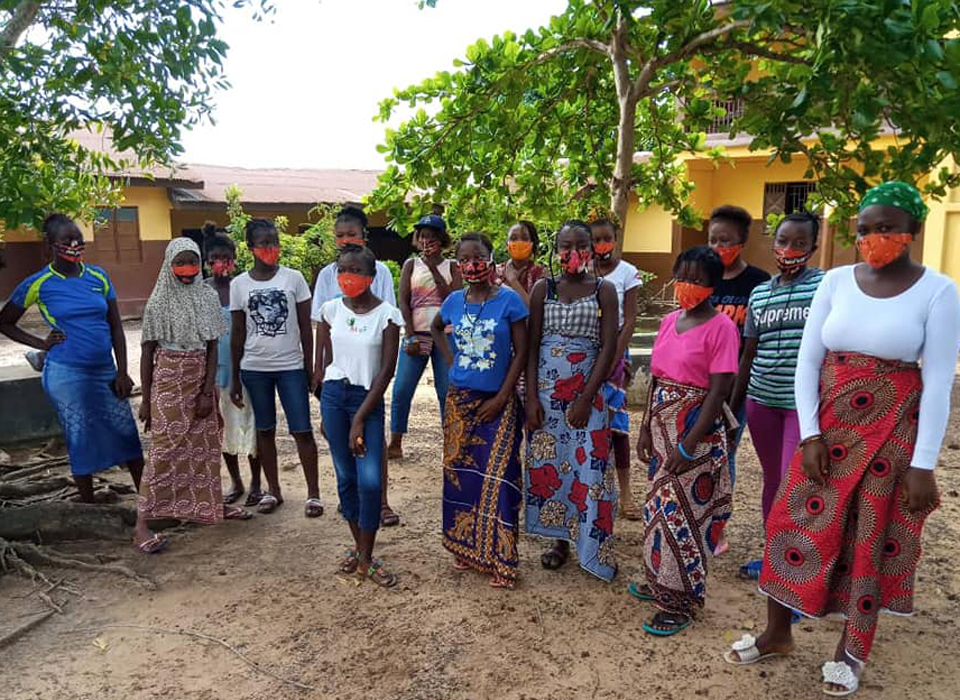 During the pandemic, IDP4T has distributed masks to teenagers. © IDP4T

In addition to Teen Talk, IDP4T provides direct services to young survivors of violence and trafficking and offers support and counseling to teen moms so they can continue their education. The organization also raises awareness about menstrual hygiene and supplies adolescent girls with menstrual pads and a menstrual cycle booklet so they can track their periods. IDP4T believes that creating awareness and openness is one of the most effective ways to develop the capacity of parents and schools to teach girls how to properly manage their menstrual hygiene.

“For us, the health aspect is really key,” Veronica said.

IDP4T’s programs are open to boys as well as girls because the organization believes it’s important to engage boys in order to empower girls. “They also go through their own quiet trauma without communicating,” Veronica explained. “So, if we leave the boys out, at the end of the day whatever trauma they are going through, that can be inflicted on the girls.”

When Veronica founded IDP4T in 2019, after nearly a decade working with adolescent girls and their families at World Vision, she sold her property to finance the organization. She also harnessed the support of friends and volunteers. Her previous work and her personal support to adolescent girls who had unwanted pregnancies, as well as her experience of feeling like she had no one she could talk to as a teenager, inspired Veronica to bring teens together to educate them about sexual and reproductive health and help them to develop life skills. 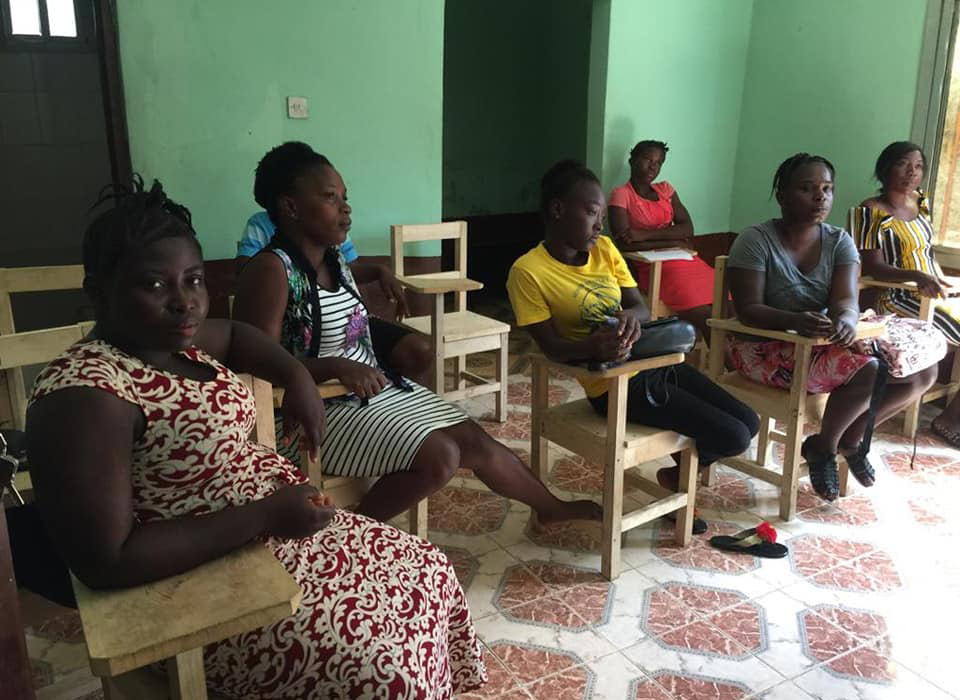 IDP4T first became a GFC partner in 2020, joining the Ending Violence Against Girls in West Africa initiative, which is a partnership between Tides Foundation, People’s Postcode Lottery, and GFC. At the time, IDP4T was still in the process of defining its programs and strategies, Veronica said, but with GFC’s support, the organization has defined its theory of change and is reorganizing its work in rural communities and schools for more sustainable results.

“Now, we know where we are going,” she said. “With GFC, we are getting there.”

IDP4T has also come up with some creative ways to raise money at outdoor events during the pandemic. In December, for example, the organization hosted a motorcycle riders’ talent competition in collaboration with Holistic Empowerment of Minors with Disability and Equity Forum (HEMDEF), another local organization based in Bo. In addition to raising money, the event raised awareness about preventing gender-based violence. Since many of the event participants work as motorcycle taxi drivers transporting children to school and women to their jobs, IDP4T felt it was important to educate them about how they can help keep girls safe.

Although Veronica is excited about IDP4T’s growth, she also worries about the COVID-19 pandemic’s impacts on adolescents in her community. She is concerned that school closures will lead to an increase in teen pregnancy and dropout rates.

But, she added, she feels encouraged by the progress IDP4T has made in its communities. Many teens now feel comfortable coming to Veronica and her staff for support when they’re facing a problem, instead of trying to deal with it alone.

“Most of them, when they face their challenges, they come to talk to us,” Veronica said. 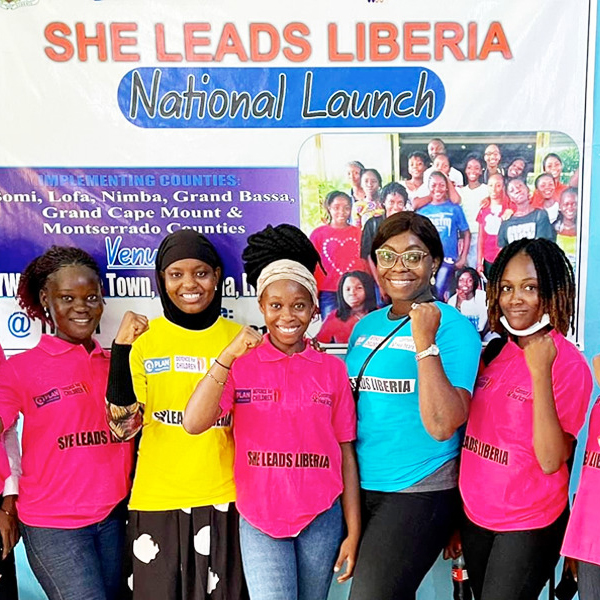 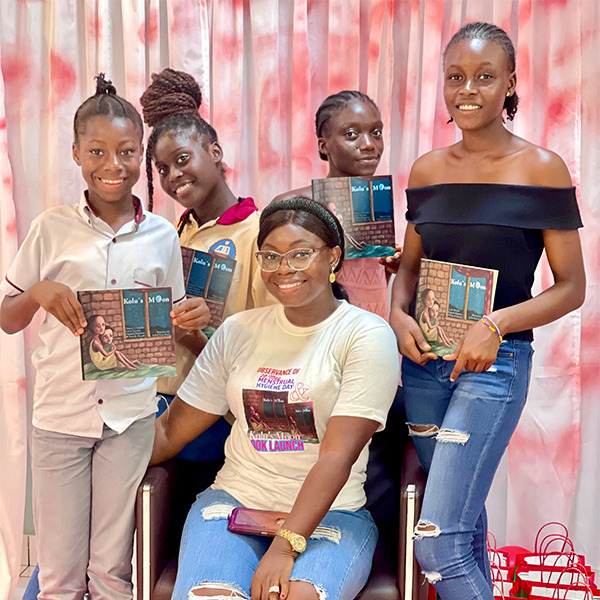 Empowering girls in Liberia with health information and leadership skills
Naomi Tulay-Solanke talked to GFC about why she founded the Community Healthcare Initiative (CHI), how the organization is raising awareness about menstrual hygiene, and how her plans to eventually leave CHI will help it fulfill its mission.
Africa & The Middle East 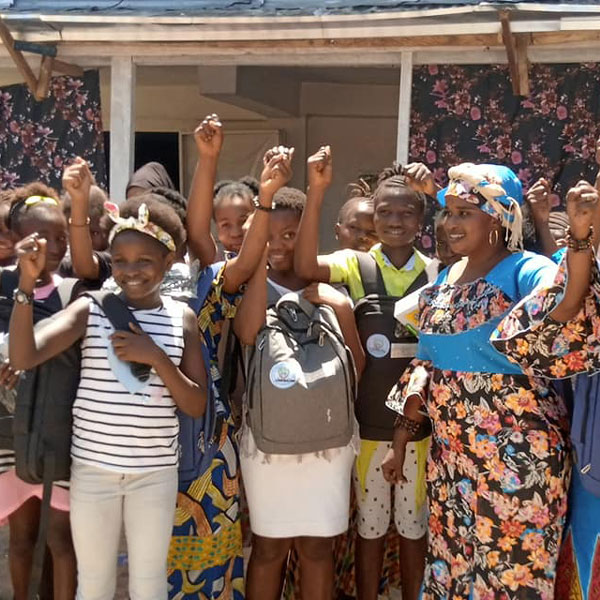 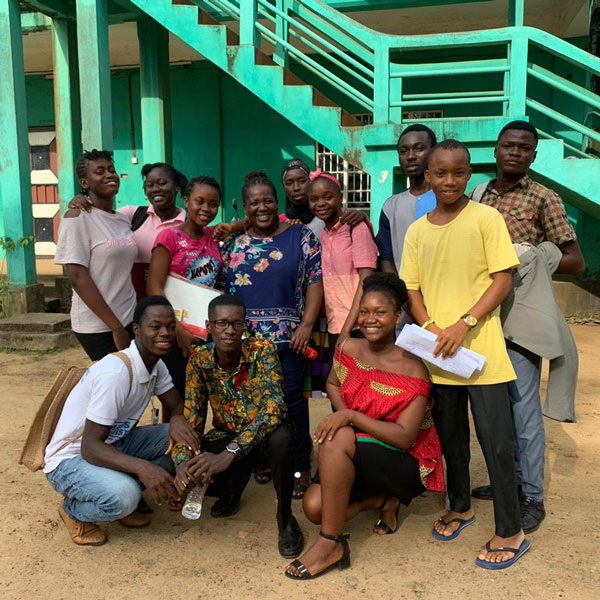 From children's club to equal partner: CFN's journey with Global Fund for Children
Members of the Children’s Forum Network branch in Kenema District, Sierra Leone reflect on how their organization has grown and their goals for the future.
Africa & The Middle East