Why local NGOs are crucial in the migration crisis

When Angie Valeria and her father Oscar Alberto Martínez drowned in the Rio Grande while attempting to cross into the United States, they had been attempting to apply for asylum in Matamoros, Mexico.

According to local press reports, more than 2,000 migrants were waiting to apply and US officials were only processing 3 cases per day. In desperation, Oscar decided to risk crossing the Rio Grande, with tragic consequences.

This terrible situation illuminates just how critical it is to support local efforts to help migrating families. Last October, I traveled to Tijuana and Los Angeles with my colleague, Kim McClain, to visit several organizations participating in our Adolescent Girls & Migration initiative. Two vivid memories stand out for me.

Kim and I met with Nicole Ramos from Al Otro Lado, in their office above a cafe and cultural center that provides resources, connections, and a safe space for migrants. Looking over the rooftops towards the border crossing, Nicole described just how bewildering it is for migrants to apply for asylum. Our border agents do not make it easy for these families, many of whom don’t speak either English or Spanish well, and are truly seeking safety from the violence they experience in their home towns. 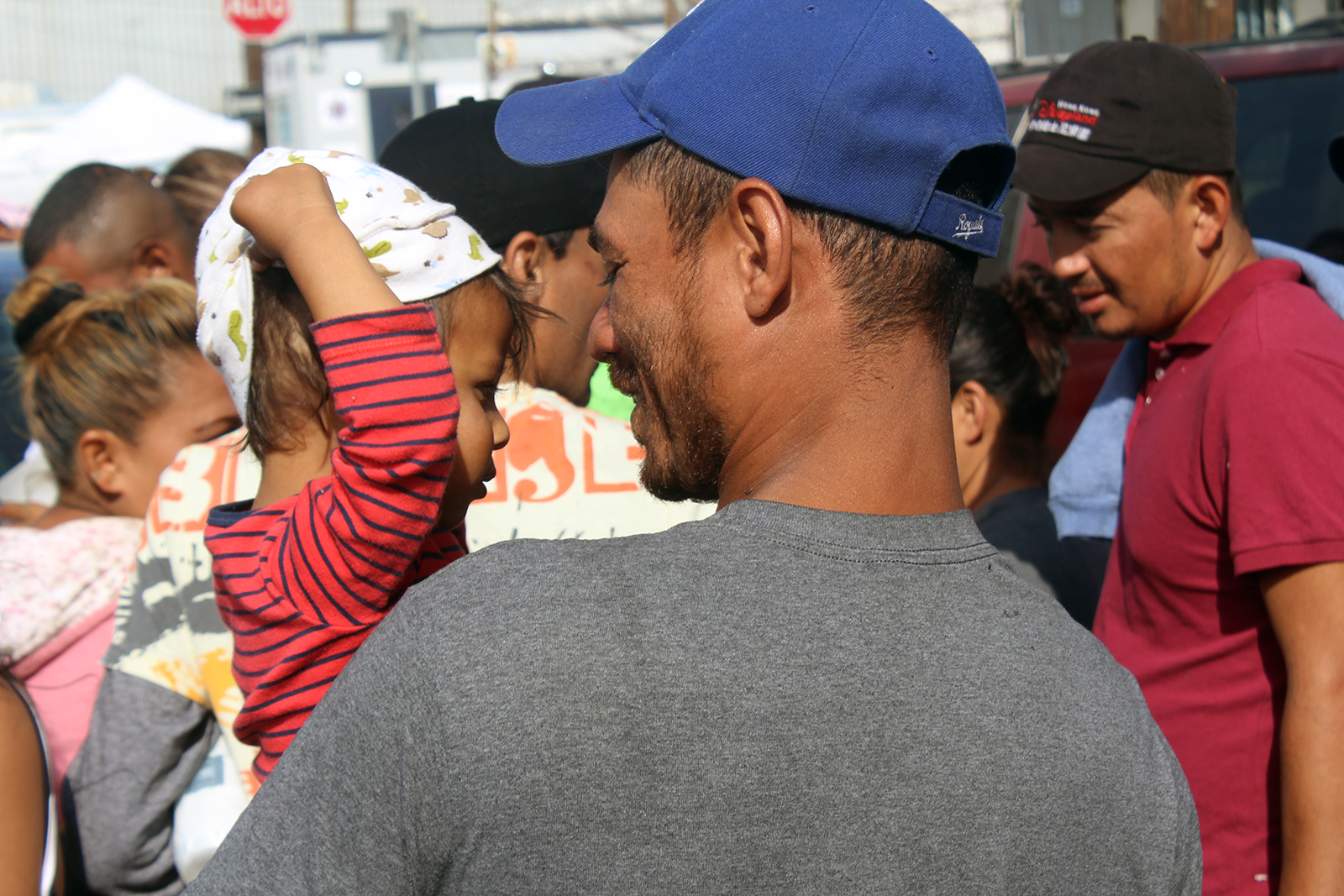 A father and child traveling in the first migrant caravan. Tijuana, 2018. Photo by Rodrigo Barraza.

Nicole spends her time helping migrants get their paperwork in order, walking them through the process, and in many cases personally accompanying families across the border. She makes sure they understand and can advocate for their rights, and how to evaluate their options as they confront the very real possibility of the price of asylum: being separated from their families, detained in unsafe and unhygienic conditions, with inadequate medical care and no language or legal support.

Al Otro Lado’s work ensures that these families, unaccompanied minors, and adults get treated fairly. I imagined myself, my wife, Katie, and my boys, Miles and Henry, in that situation – how terrified my boys would be, and the intense combination of desperation, hope, and courage it would take for us to leave our home and to throw ourselves on the mercy of a country where we don’t speak the language, understand the system, and have little or no support waiting for us.

Later, at a very hipster cafe in Tijuana, Kim and I attended a book release organized by our partner Espacio Migrante to celebrate Survivors: Citizens of the World, a travelogue written by Ustin Debuisson. A young Haitian man and new father, Ustin traveled along with thousands of other Haitians overland from Brazil to Tijuana seeking to enter the US under special post-earthquake protected status Obama had granted to Haitians.

These migrants went to Brazil for work after the earthquake, but as the Brazilian economy declined, they began the incredible trek north to the US. On the journey, the Obama administration rescinded the temporary protected status, and as a result, Tijuana now has a large Haitian community. That was something I didn’t know. Espacio Migrante has supported these Haitian migrants for years. 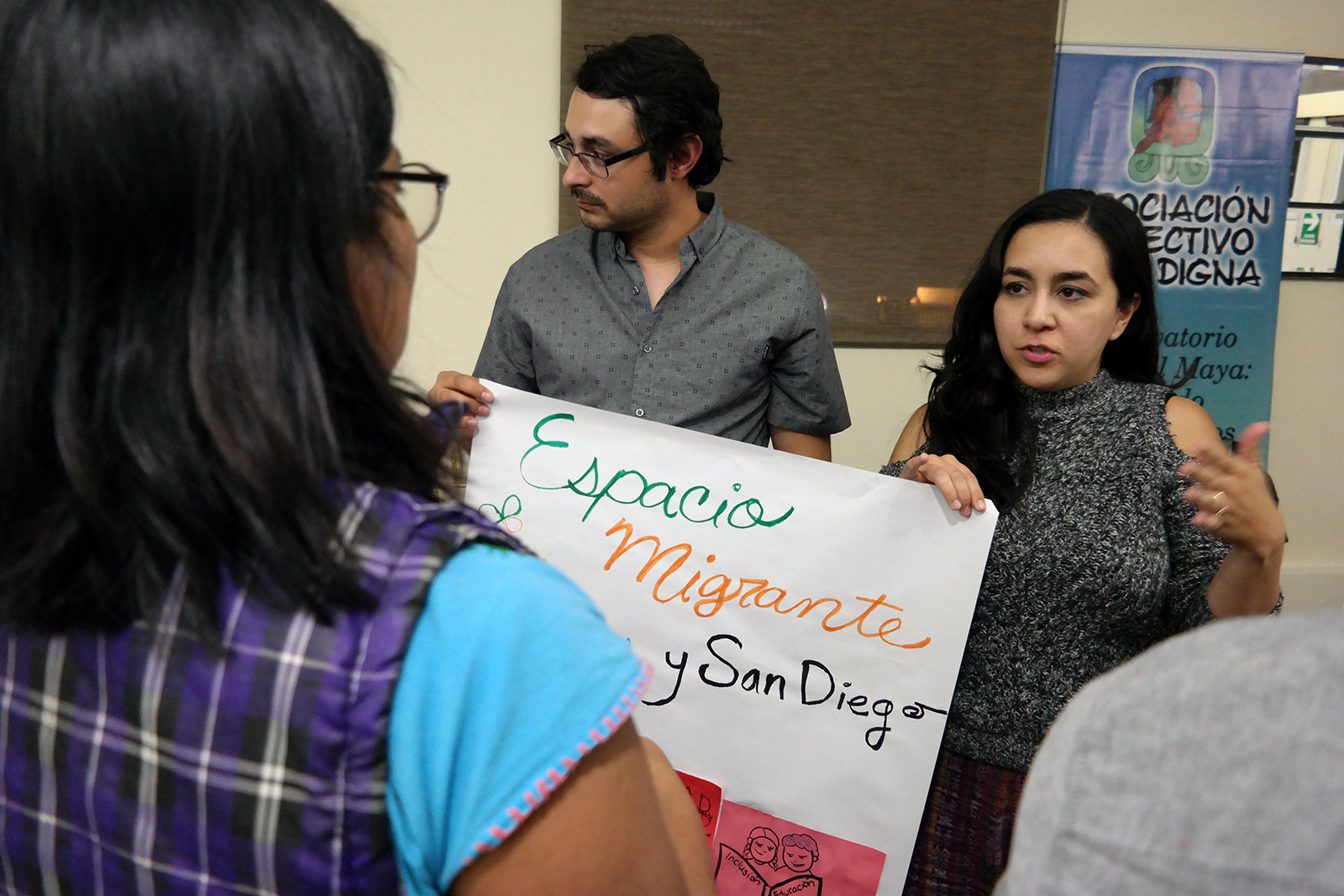 Team members from Espacio Migrante meet with other GFC partners to share their work and strategize about collective action for migrant children.

During Ustin’s reading, I noticed a man with an iPad sitting near the stage recording everything. As Ustin finished and it was time for questions, this man launched an overtly racist tirade laced with hate, conspiracy theories, and venom. Ustin, visibly shaken and worried for his young family, received an outpouring of support from the packed cafe. The man, who I later learned was a known alt-right provocateur, was shouted down and escorted out.

This experience, while terrifying, was nothing new for Ustin or for the hundreds of thousands of refugees seeking a safe place for their families. The goodwill and spontaneous outpouring of support for Ustin and his family reaffirmed my strong belief in the ability of people to rally to each other in times of distress, overpowering the much smaller group of those who respond with hate and violence.

As a white man from a well-educated, upper-middle-class family, I’m keenly aware of the tremendous head start I had in life. My privilege is real, and it’s something I continually work to ensure my boys understand and use for good, just as I try to do in my work and in my life.

I’m tremendously proud of the work Global Fund for Children does to support young people seeking refuge here in the US and around the world. A privileged nation, established with such high ideals, should at the very least treat people who seek refuge fairly and with compassion. We can do better, and I’m proud that the organization I lead is able to link people with resources here in the US directly with the courageous work of Espacio Migrante, Al Otro Lado and our other community-based partners around the world. These local organizations understand complex challenges facing children and families and can provide support exactly where it’s needed, ensuring the rights of all children to be safe and valued.

Header photo: A Mayan altar used to remember the death of loved ones and recover memories. Photo by Rodrigo Barraza.

The right to be and belong
At a recent partner convening, a transnational network of community-based organizations from Guatemala, Mexico, and the United States came together to write a video message to migrant girls to tell them know they are not alone, they matter, and the world needs them.
The Americas 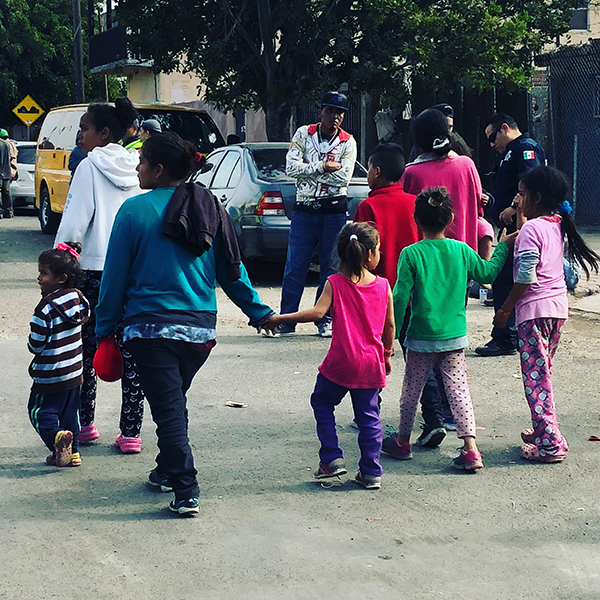 Youth and migration in Central America, Mexico, and the United States [special feature]
In 2018, approximately 7,000 migrants arrived at the southern US border in a series of six caravans. This feature examines this evolving migratory trend and how local organizations are rapidly adapting to meet the needs of migrant children and youth.
The Americas