The right to a childhood: in solidarity with migrant and refugee children

Editor’s note: this post is also available in Spanish.

On World Refugee Day, we share migrant and refugee children’s stories of love, courage, and resistance.

Nearly 80 million people were forcibly displaced worldwide at the end of last year because of conflict, violence, persecution, and human rights violations, according to the United Nations.

These figures include 26 million refugees – people who have had to flee their countries because their lives, their safety, their integrity, and their freedom were in danger. In total, one out of every 97 people on the planet has been forced to flee their home, according to the UNHCR’s annual Global Trends report.

Forty percent of the displaced population – approximately 30 million – are children under the age of 18. In crisis and displacement situations, children and youth are at risk of various forms of abuse, family separation, neglect, violence, and exploitation.

“Even before the coronavirus pandemic shuttered schools around the world, disrupting the education of almost 1.6 billion students according to UNICEF, classrooms were closed to millions of displaced children. Less than half of school-aged refugee children were enrolled while only one in four were attending secondary school,” according to the UNHCR.

Refugee children face numerous threats to their rights and wellbeing: the loss of their homes, the inability to access basic services, and the need to assume adult responsibilities far too soon. Despite the violence and the challenges they experience, however, they remain resilient and determined to be heard.

At GFC, we have had the opportunity to talk with migrant and refugee children and to hear their stories of love, courage, and resistance.

During a transnational meeting of migrant youth, organized in Chiapas, Mexico in December 2019 by our partner Voces Mesoamericanas Acción con Pueblos Migrantes, we heard the story of H., a young Honduran man who escaped violence in his country to become a hip-hop musician. He now teaches other young migrants to rap for their rights. H. sings:

“I have sat on the sidewalks in my neighborhood, and I see dreams passing by constantly;

“From boys, girls, people, elders, and friends that fade over time,

“I have seen a lot of young people playing soccer and with the dream in their hands of being a soccer player;

“I have seen a lot of young women playing doctor and with the dream in their hands of becoming a specialist;

“I have seen so many fighting over the course of time, some immigrating because of the suffering.”

During Gender, Childhood, and Youth on the Move, a regional meeting held in Tijuana, Mexico in February, we heard the story of P., a Tzotzil indigenous woman who fled her community to avoid forced marriage and to fight for her dream of an education. P. shared:

“I prefer to lose my life, rather than lose my freedom, and if to be free I have to leave my home, so be it. I am willing to pay the price.”

We also met K., a young Salvadoran who came to Mexico to escape violence, study a career, and support her family. She currently works for an organization that defends the human rights of migrant and refugee communities. She shared:

“From Tijuana, I’m changing the world by helping people cross and achieve their goal in the United States.”

We are very grateful to work with courageous organizations that listen to and work shoulder to shoulder with migrant and refugee children and youth. Their stories of struggle and hope inspire us to continue working for a world of open doors that breaks down the walls of ignorance and intolerance.

We invite you to join the change.

Learn more about our Adolescent Girls and Migration initiative, and then check out the following ways to get involved.

Support Global Fund for Children: Your donation helps provide flexible funding, capacity development, and network building to community-based organizations working with young people around the world. This includes GFC partners in the United States, Mexico, and Guatemala who are protecting the safety and rights of migrant and refugee youth.

Support migrant and refugee children and families in your community: You can offer aid, friendship, support, and encouragement to migrants and refugees in your own community. Show families they are welcome, listen to them, and learn from them.

Stay informed and call your government representatives: You can stay informed about immigration policies where you live – and their implications for migrant and refugee children. Call your local, state, and/or national representatives to let them know it’s important to protect migrant children’s rights at all times.

Your actions can help change the lives of migrant and refugee children displaced by violence, persecution, and human rights violations. 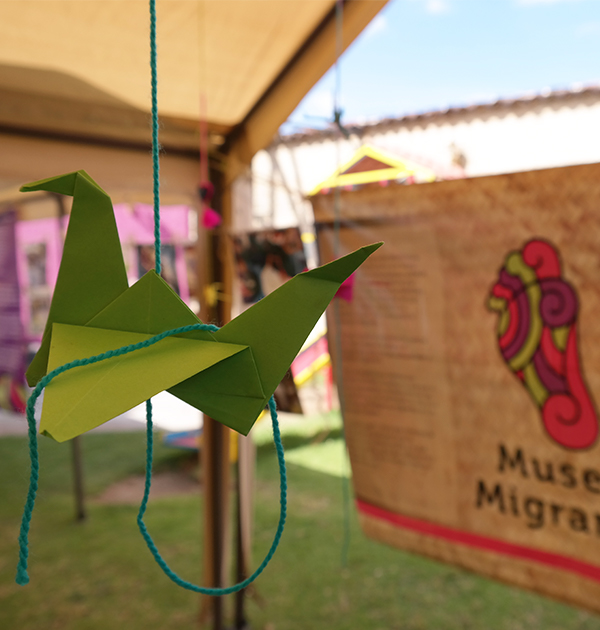 How can we change the world?
In San Cristóbal de las Casas, Mexico, more than 50 migrant youth came together to share their stories and experiences through their words, art, and friendship.
The Americas

Youth creating change for migrant communities
At a partner convening, migrant youth displayed their diversity, and shared how they are creating positive change in their surroundings.
The Americas 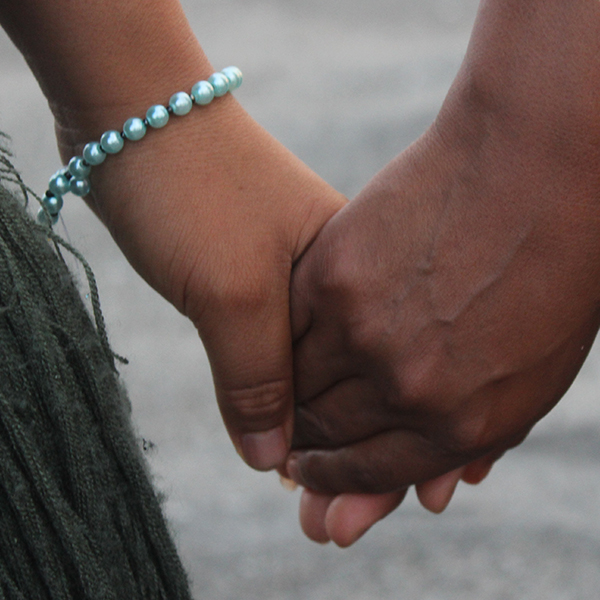 What does migration mean to migrant girls?
Migrant girls and young women from Guatemala, Mexico, and the United States reflect on what it means to migrate and its impact on their lives and families.
The Americas

Reflections from the Migration Caravan
One of Global Fund for Children's newest grassroots partners is upholding the rights of trans girls and young women as they seek asylum in the United States.
The Americas