Subscribe for Stories & Updates
Meet Our Children & Leaders, Travel With Us

In Bangalore, inclusive education reveals benefits for all

A polio survivor dedicates his career to promoting inclusive education, bringing together children of all abilities to learn from one another.

My in-person introduction to Paul Ramanathan (aka Ram) is nothing short of unusual.

Riding a customized, well-tuned Royal Enfield Bullet, accompanied by the unmistakable rhythmic thud of the glorious machine, Ram meets me outside of a public school in Bangalore. He’s just returned from a ten-day bike tour of the Nilgiris, a magnificent mountain range in southern India. It would be an understatement to say that he’s a seasoned biker, as he has lost count of the number of such road trips he’s undertaken. He now has his sights set on the India-Myanmar-Thailand Trilateral Highway.

Why is this unusual, you might ask? Well, Ram is a polio survivor and probably one of the most determined people I’ve met. He’s also the founder of Sama Foundation, a Global Fund for Children grassroots partner that focuses on inclusive and accessible learning. 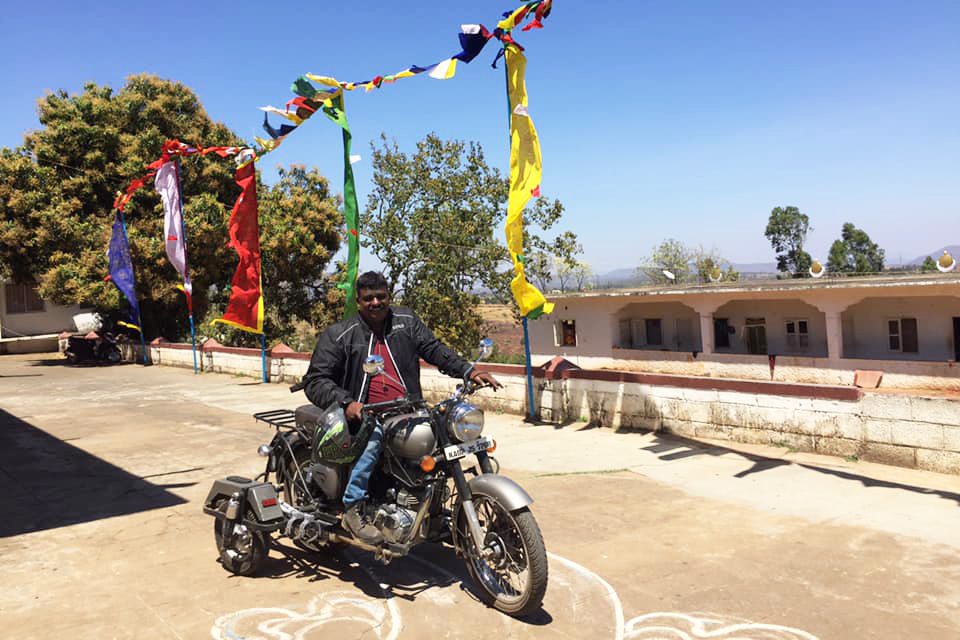 Ram rides his motorcycle, which is customized to meet his needs as a polio survivor. © Sama Foundation

Today, Ram will be showing me Sama’s Yelahanka school center, one of several centers the foundation runs in government schools. At the centers, children with severe disabilities and sensory impairment receive extra care and attention, ultimately having equitable access to opportunities that put them on a better life path.

The foundation was the first organization to develop psychosocial care interventions specifically designed for children with visual and physical disabilities in collaboration with India’s National Institute of Mental Health and Neurosciences.

Born into a family of limited resources, Ram was the fifth of six children. Due to financial restrictions, his parents were unable to get access to the polio vaccine. The situation at home wasn’t ideal – his father had an alcohol addiction. As a result, his family depended almost entirely on the modest income his mother earned by making incense sticks, called agarbattis.

Unfortunately, when he was just 8 months old, Ram contracted polio. Polio, however, did not deter him from playing gully cricket, climbing the Ramadevara Betta Hill, enjoying adventure walks in Shivamoga, participating in the National Games in Gwalior, or becoming the most traveled person in his family.

When Ram was growing up, disabilities of any kind were still considered a taboo in society. Discrimination wasn’t uncommon, and it was certainly not a level playing field. Unfazed by societal norms and biases, Ram’s mother was determined to bring him up no differently than his other siblings. Expectations for all six children were identical, and so was the disciplining regimen.

The environment at home never let Ram feel disabled, just differently-abled. It was his mother’s determination and fighting spirit that shaped Ram’s sense of self and worldview, which is one of conviction, ambition, and grit. 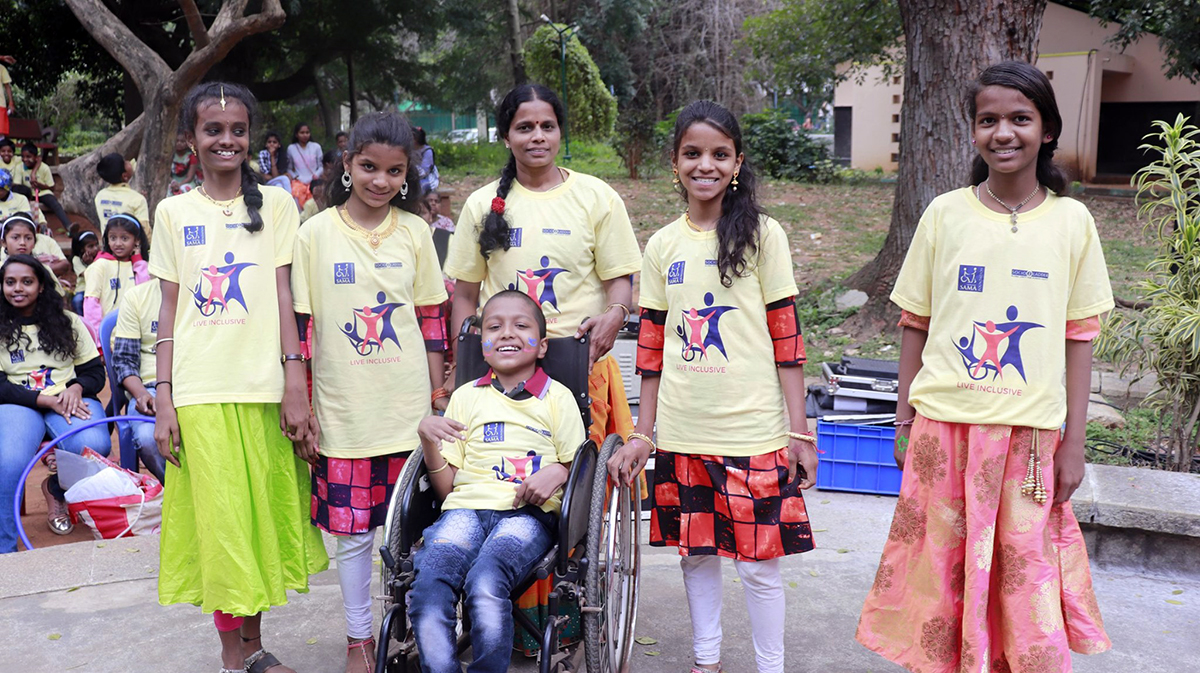 People often look at a disability from a medical lens, but Ram wants them to start considering the social aspects of it as well. He believes that a nurturing environment is a non-negotiable ingredient for a holistic life. For him, this environment was a combination of his family’s support, his affiliation with the Association of People with Disabilities in Bangalore, and his ever-encouraging friends.

“As a child, I was fascinated by motorbikes, and like other enthusiasts, I was determined to buy my own bike with my savings. That is exactly what I did,” says Ram.

Undeterred by his disability, Ram had his bike customized with an improved seating system and support wheels. “I never felt that I couldn’t do something; I want every child to feel the same.” This is precisely why he set up Sama Foundation in 2005.

Sama, a Kannada word, means “equal.” The name stems from Ram’s belief that every individual has a disability – some are outwardly visible, while the others aren’t. Accepting everyone as they are, while creating room for everyone’s improvement and growth, is the ideal societal structure. The lack of this acceptance often leads to the development of fear and inhibitions.

To illustrate this, Ram tells me about the annual Summer Camps that Sama Foundation hosts.  These camps are off-site events, typically taking place over three to four days at a resort with access to a nature park and a swimming pool. Attendees include the children Sama works with, their parents and siblings, and the teachers and children from regular classes at the schools where Sama runs its centers. 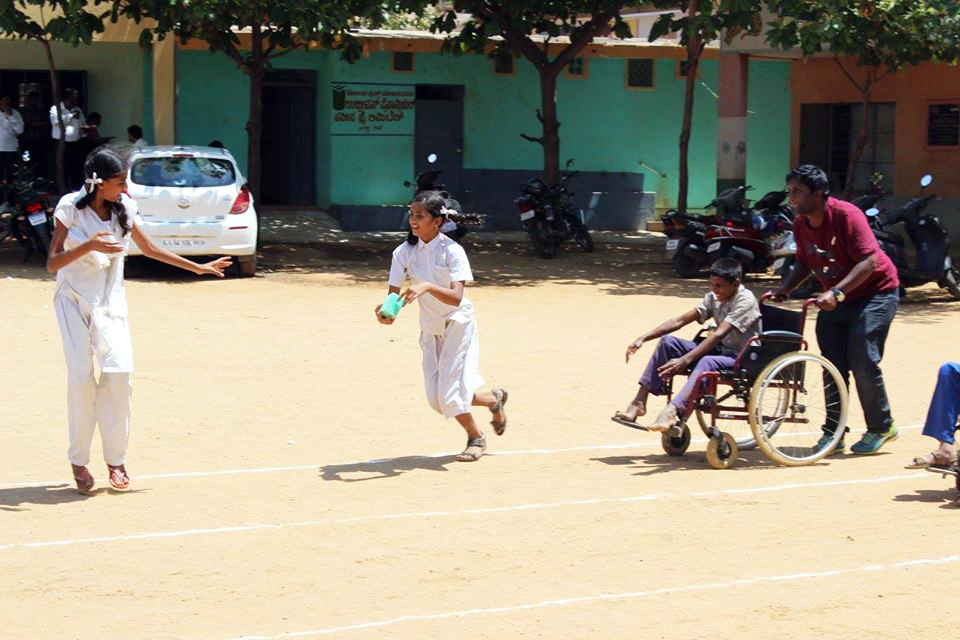 By including non-Sama staff and children, the team aims to forge stronger bonds with the school. The goal of the camp is simple: wellbeing and unity. They want everyone to forget their everyday challenges, albeit briefly, and feel a sense of community.

“Every year, I notice that in stark contrast to the children with disabilities, children that are considered to be ‘not disabled’ are fearful of new or novel activities. Initially, I’d expected our children to be afraid of jumping into the pool or meeting new people, given their disability, but to my surprise, they were fearless and confident!” Ram says.

“In fact, I saw them encouraging the other children. This made me both incredibly proud and sad. Proud because we were doing something right with our kids, and sad because so many children seemed to be falling short of their potential. I was also saddened to see the children without disabilities unable to integrate with the children with disabilities.”

If we really want our children to reach their potential, we need to reconsider our definitions of inclusion and integration. This is exactly why Sama’s programs are not conducted in separate facilities, but inside public schools. The programs are also not restricted to children with disabilities. While classes are segregated at the moment, the team is certain that due to slow immersion, in a few years, their centers will be absorbed into the schools and all children will be able to experience classroom learning together. 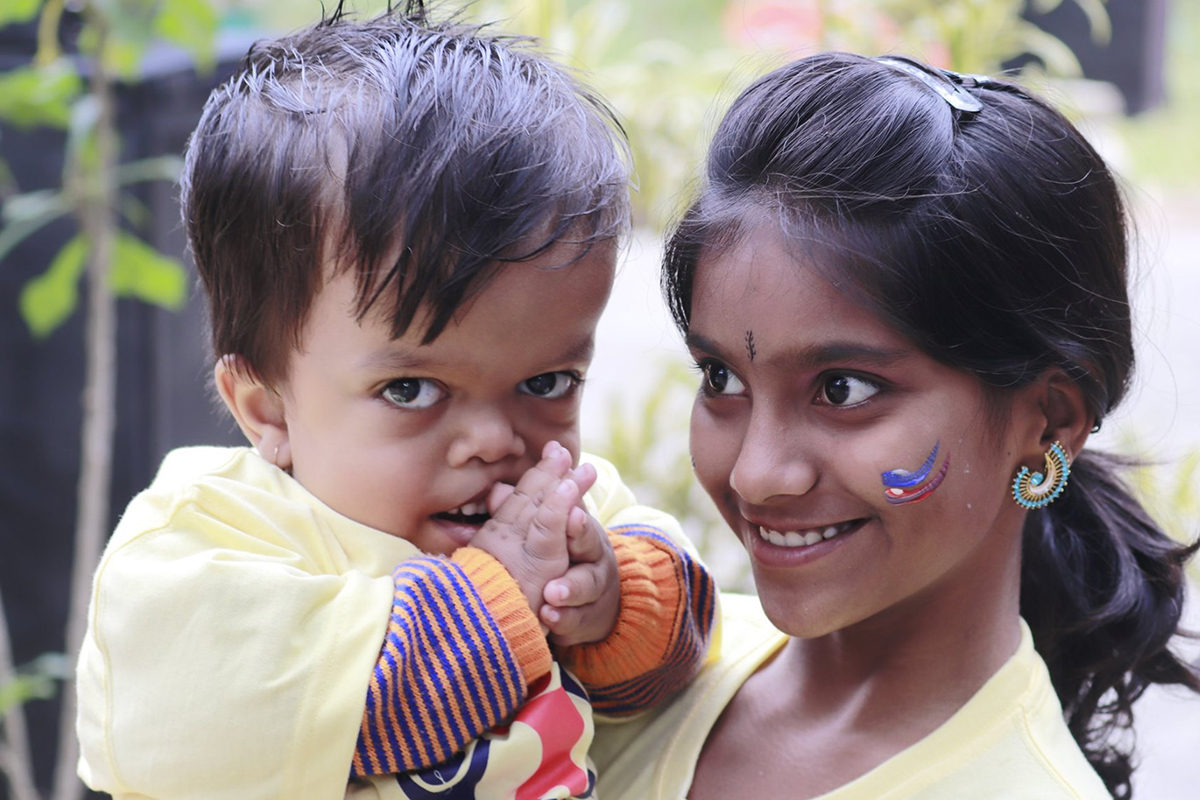 In fact, Sama Foundation’s five-year goal is to have at least one inclusive school in every ward of the city. In the long run, the organization wants to see this replicated across the country. This would only be possible if all the stakeholders are invested and involved.

The team has already achieved this with parents, especially the mothers. While at their center in Yelahanka, I am introduced to Sadhana*, the mother of a young boy with cerebral palsy.

“I used to be extremely frustrated with myself for not being able to help him. Sometimes that frustration would manifest as anger that would inadvertently be directed at my son. I was guilt-ridden while also being extremely fearful,” Sadhana tells me. “I was worried sick thinking about what would happen to my son if I died, because no one in my family or community knew how to help or even cared to help. This was before I learned about Sama and met the team.”

From Sama Foundation, Sadhana learned about how important it is to understand her son’s needs so that she can build an ecosystem of support for him. Inspired by her new knowledge and her progress with her son, Sadhana enrolled as a trainer-in-training. Today, she is a certified disability coach.

“I know how to help my son, and I can help my family and other women understand the issues at hand,” Sadhana says. “There are many organizations in Bangalore that work for children with physical disabilities, but none give the children the confidence and courage to face life like Sama does. My son and several other children consider Ram a role model.”

Sama Foundation is part of a cohort of GFC partners funded by our partnership with the Dorothea Haus Ross Foundation in support of children with disabilities. 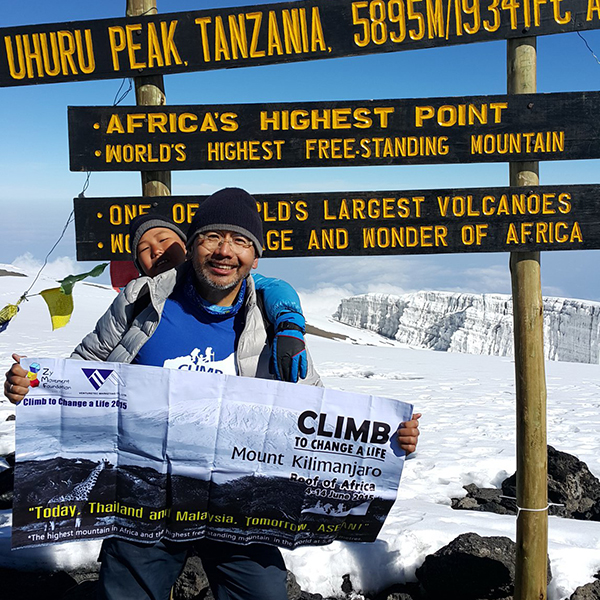 They thought he would never walk. Today, he climbs mountains.
Summiting Kilimanjaro is a remarkable achievement for any child – but for Zy, it was a triumph that his family once considered impossible.
Asia 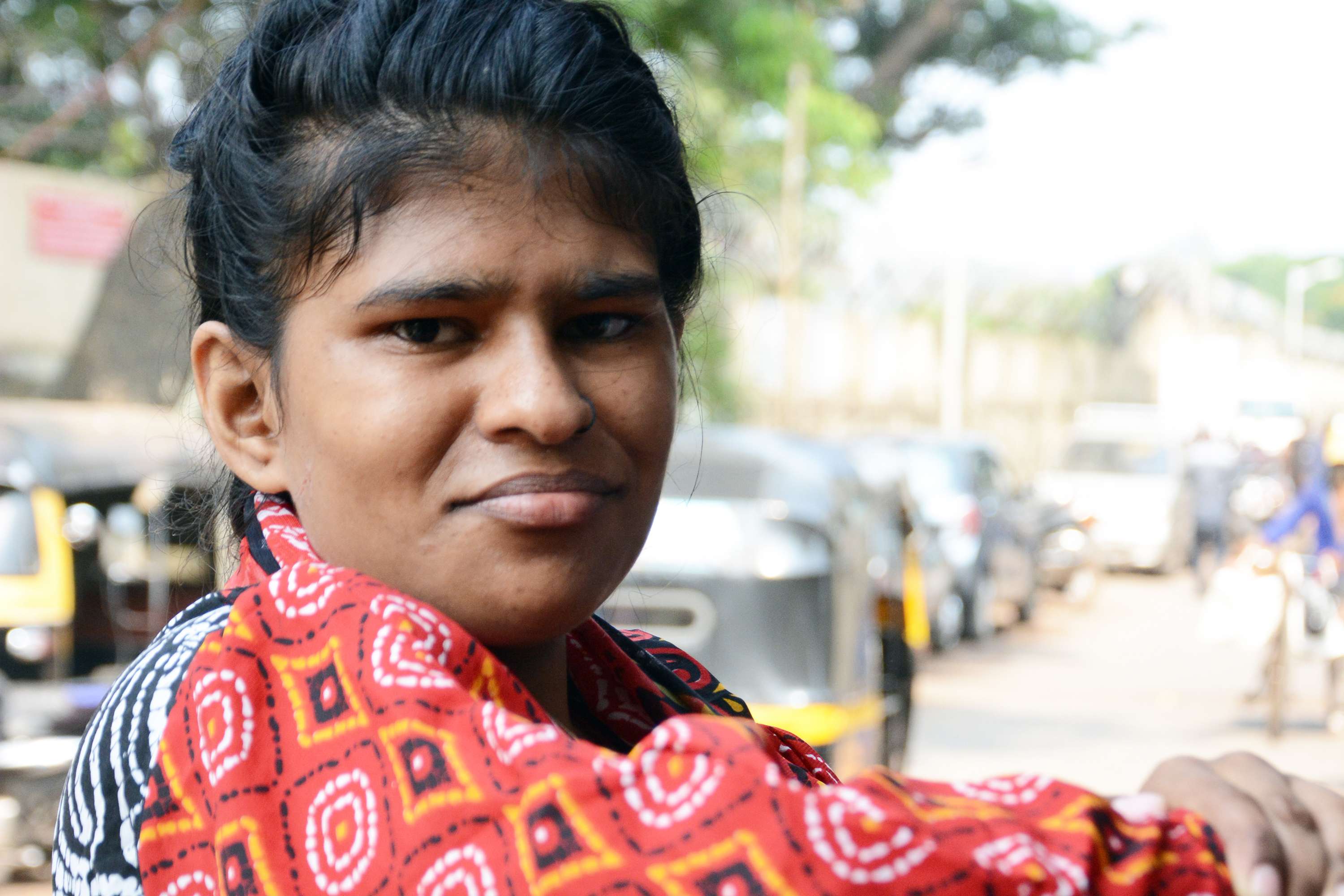 Unstoppable: Tauseen's Story of Resilience
Having a disability didn't stop Tauseen from pursuing her education with support from her brave mother and our partner Sahyog Mumbai.
Asia