This blog post was written by the Her Choices Trust team and by GFC Child Protection and Anti-Trafficking Specialist Indrani Chakraborty.

Her Choices Trust in India engages local communities in preventing and responding to child trafficking through a network of volunteers and a comic book.

In early September, Global Fund for Children partner Her Choices Trust (HCT) received information via its national anti-trafficking helpline number about the potential trafficking of 20 girls in West Bengal, India.

HCT’s Operation Red Alert team immediately took action, informing local police, the Child Welfare Committee (the state child protection agency), and partner organizations. Collaboration from all stakeholders led to the rescue of all 20 girls from the Kalyani regional transportation hub, with the help of the Barrackpore police.

The HCT team later learned that all of the girls, who were between 15 and 21 years old, had been forced into commercial sexual exploitation. With support from a partner organization, the girls were sent to safe homes and provided with legal and psychological support.

It was due to the community members’ timely reporting and the HCT Operation Red Alert team’s actions that the girls were rescued.

Sex trafficking is mostly invisible and greatly underreported. It particularly thrives in situations where girls and young women are uninformed and unaware about what it is and its consequences. They are betrayed, abducted, or lured through promises of a good job and a better life. Sex trafficking is especially prevalent in rural communities because of economic desperation. 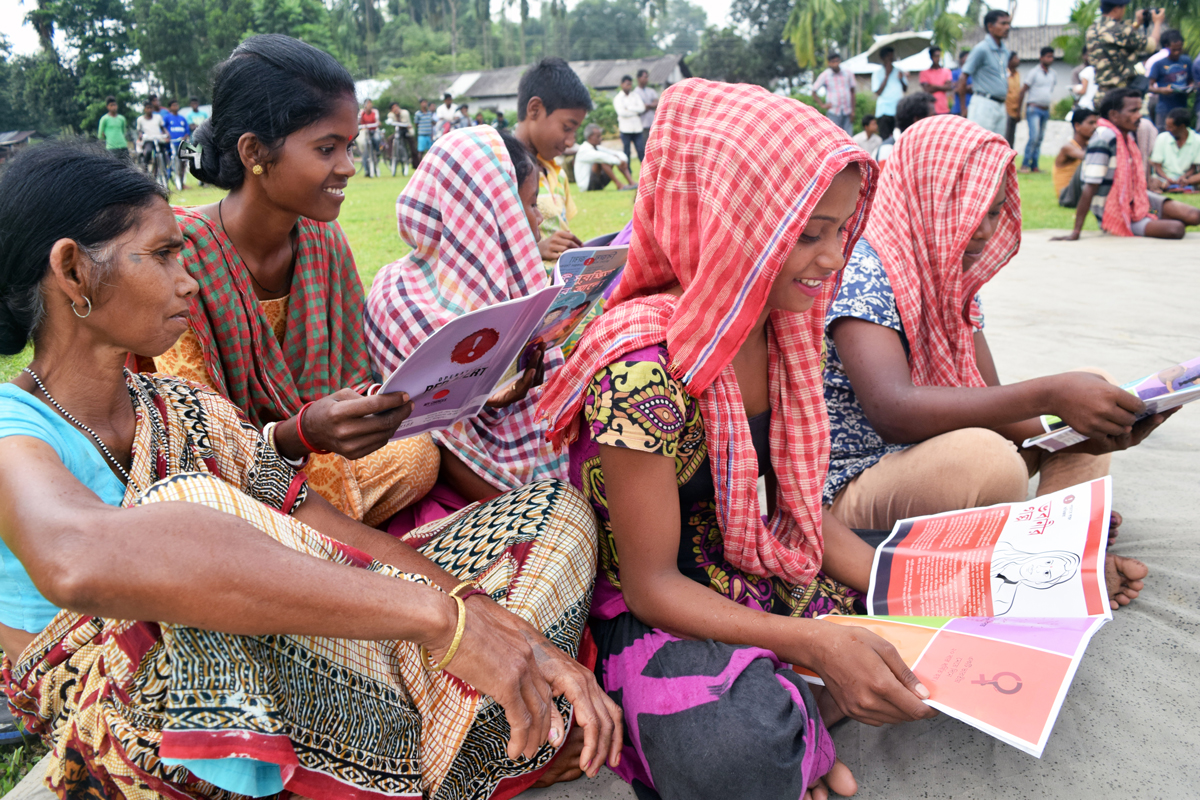 The Safe Village Program aims to:

The 1,472 Gram Mitras (friends of the village) create a safety ring around the village by spreading accurate and relevant information; reporting cases, with the help of other community members and village leaders; and helping to rehabilitate survivors of trafficking.

The 2,142 Rakshaks (protectors) provide crucial information about missing children, school dropouts, child marriage, or fake marriage in their community. With extensive knowledge about various government programs, they connect community members with assistance and encourage them to stay healthy and live peacefully. 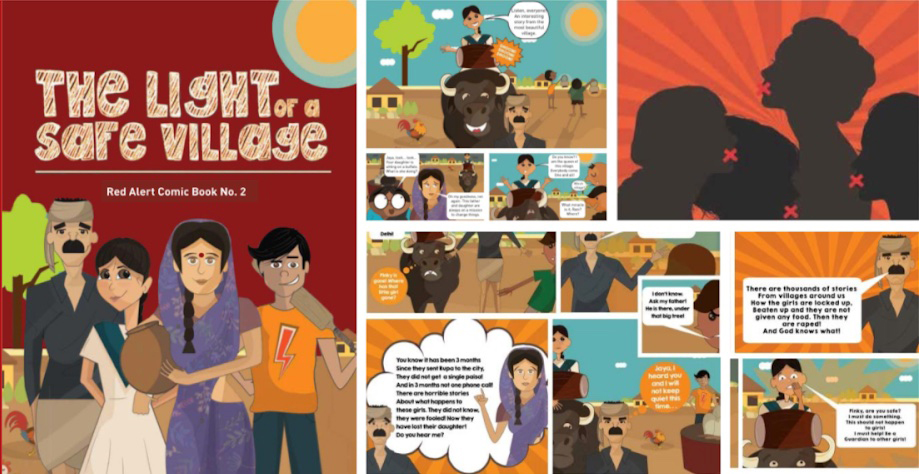 The Light of a Safe Village comic book. © Her Choices Trust

Storytelling to Inspire Change: The Light of a Safe Village

One of the key features of HCT’s Safe Village Program is its Light of a Safe Village comic book. Based on behavioral research findings, the comic book helps to initiate discussions on trafficking among children. It tells the story of an inspiring young girl who fights human trafficking challenges in her community. It carries an empowering message that every child is a vehicle of hope and has the ability to act to stop child trafficking.

HCT has also conceptualized the building of digital training modules that will include videos on the issues of sex trafficking and domestic violence, Indian and international laws for preventing these issues, and HCT initiatives for protecting women and children from abuse and violence.

The Power of Collaboration

HCT is working on the prevention of sex trafficking across India through its partnerships with communities, local NGOs, district administrations, and passionate donors and strategic partners. As of August 2021, HCT had initiated 5,310 Safe Village Programs across eight states in India – Andhra Pradesh, Bihar, Jharkhand, Karnataka, Maharashtra, Rajasthan, Telangana, and West Bengal.

Through these programs, HCT has distributed more than 1.3 million comic books and empowered more than 2.6 million people with knowledge and information to prevent trafficking in their community. This has led to significant behavior change, with more community members registering as volunteers, and more parents agreeing that child marriage and dropping out of school are unhealthy. HCT’s network of 100 implementing partners and 5,000 Gram Mitras, Nodal Teachers, and Rakshaks have strong connections with their communities and with village leadership, which is critical for sustainability. 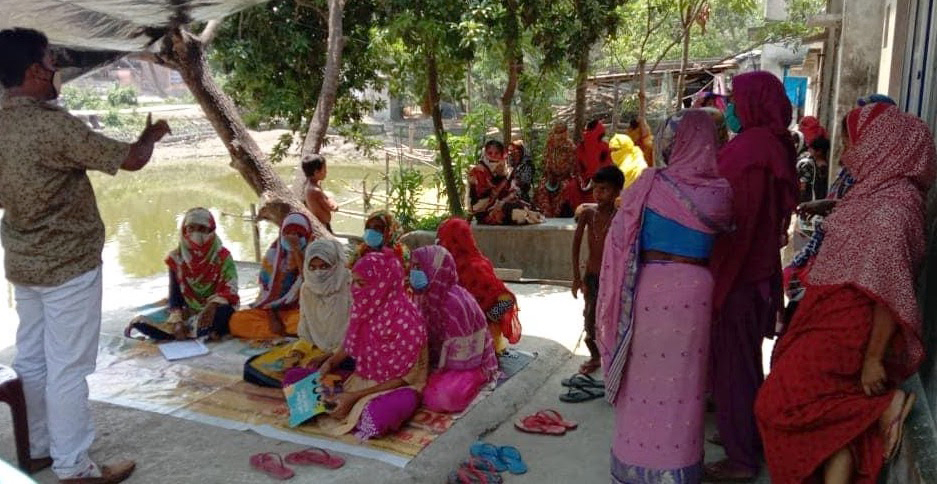 Village residents participating in a presentation. © Her Choices Trust

Creating a Ripple Effect of Change

HCT engages and supports stakeholders who are committed to changing the status quo. The following account from a village Rakshak underscores the need for this program in rural and at-risk communities.

Rehman Mollah*, who has been a Rakshak for his village for the past one and a half years, had a very personal reason for getting involved with the Safe Village Program.

Rehman is a daily agricultural laborer in the village of Krishnanagar, in the Parganas district. His daughter was trafficked three years ago. Although he registered a complaint with the local police station and followed up with them on a regular basis, he didn’t get any help from the police.

Rehman wants to ensure that no other girl is trafficked for commercial sexual exploitation like his daughter was. So, whenever he gets any information on missing children or trafficking in his community, he immediately informs BBSS – one of HCT’s implementing partners in West Bengal – so it can take action. He wants to protect his community and assist the trafficked person’s family. He has also created a small group of like-minded people in the community who provide support to children in need of care and protection.

HCT’s Safe Village Program is designed to help people work together to collectively prevent child trafficking from occurring in their community. The awareness generated and sustained during the program is focused on creating a united voice to end trafficking in India.

We are harnessing the power of collective conviction to push for a different outcome in India – a nation that is safe and peaceful for all women and girls.

*Name has been changed to protect the identity of the program participant. 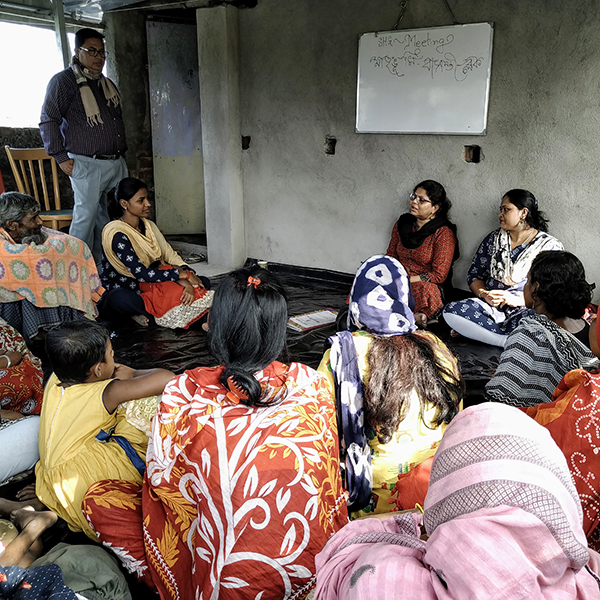 How one survivor is leading the fight against child trafficking
In her rural Indian community, Kamini is using her story to educate other girls at risk of exploitation.
Asia