After working in a garment factory as a teen, Mahmuda Begum is using her NGO to improve the lives of women workers – and their children – in Bangladesh.

Mahmuda Begum’s desire to improve her community started young. At 12 years old, it led her to start pooling her pocket money with her friends and giving it to their neighbors in need.

As a teen, it led her to apply for a job in the garment factory near her home in Dhaka, the capital city of Bangladesh. After interviewing and passing an exam, she was hired as a supervisor. 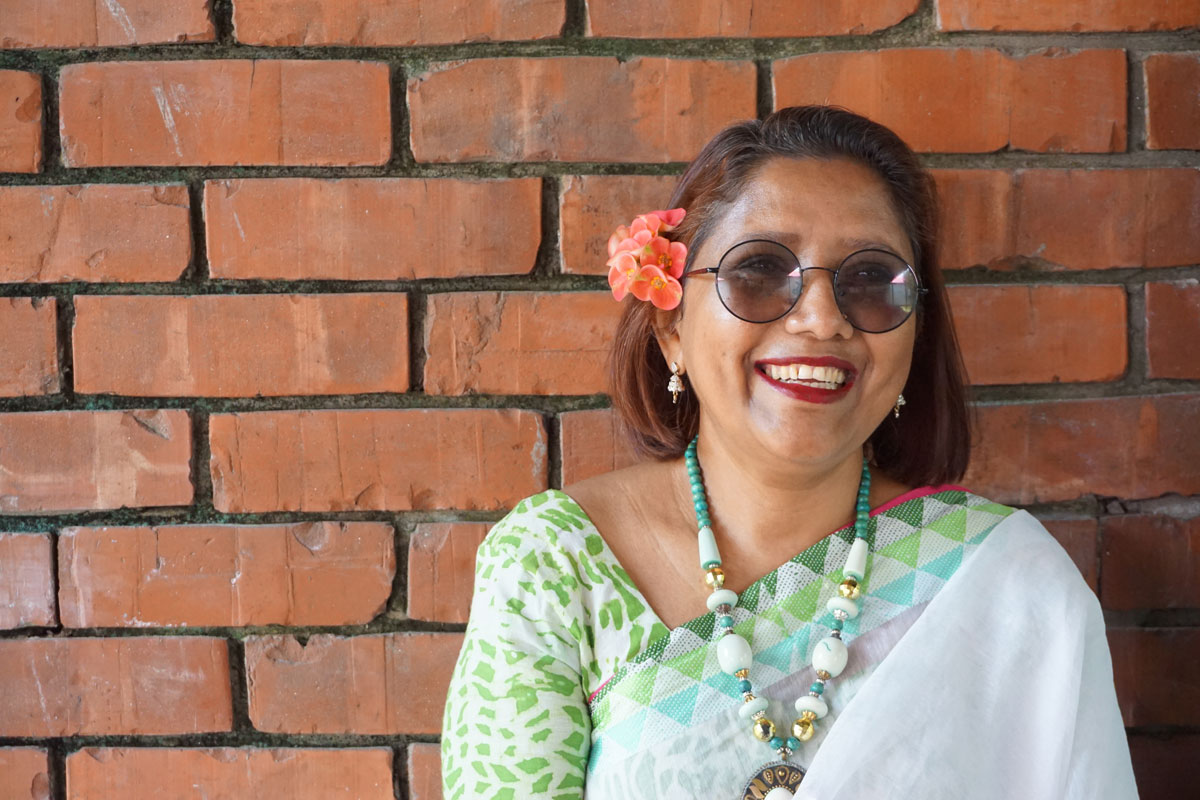 “I had so much curiosity about what was in the garment factory, what it looked like, and what they did there. I went to work for five days to see the situation inside, because everybody told me it was very bad. They said the garment workers were abused every day, and I wanted to see it with my own eyes.”

Mahmuda saw other supervisors use harmful language and hit the women working there. When she complained to her managers, they told her to keep her concerns to herself. When she continued to protest, they laid her off after a week.

“I thought to myself: After I finish my education and I have the capacity, I’ll help garment workers. Because now I understand their situation.”

With that thought in mind, Mahmuda went on to complete her college degree. She gained years of experience at nonprofits serving women and children, like Water Aid Bangladesh, World Vision, Save the Children, and Phulki. She also started a family.

As a working mother, she encountered a new set of challenges. She faced pressure from her husband, her mother-in-law, and her own mother to leave her job and care for her children full time. There was no daycare in Dhaka, so she brought the kids to work and relied on family members when she had to travel.

It was a struggle Mahmuda had seen before. With no childcare available, many women who worked in the garment factories – and in other sectors – were forced to leave their jobs after they had children. They lost their only means of income to sustain their families.

Over the years, conditions inside the factories had slowly begun to improve. The number of women working was growing day by day. Childcare options like daycare, however, remained unavailable.

In 2005, Mahmuda founded Shobujer Ovijan Foundation (SOF) with a borrowed desk in the corner of a friend’s office, to fill the gap she had experienced in her own life and seen in her community.

She had no startup funding, but she had an idea – and the determination to make it happen. She knocked on door after door to talk to potential supporters of daycare in Dhaka.

“I visited the garment factory and I talked to the owner. If you give women space for a daycare center, I said, they will continue their work, and you will not lose capable workers.” 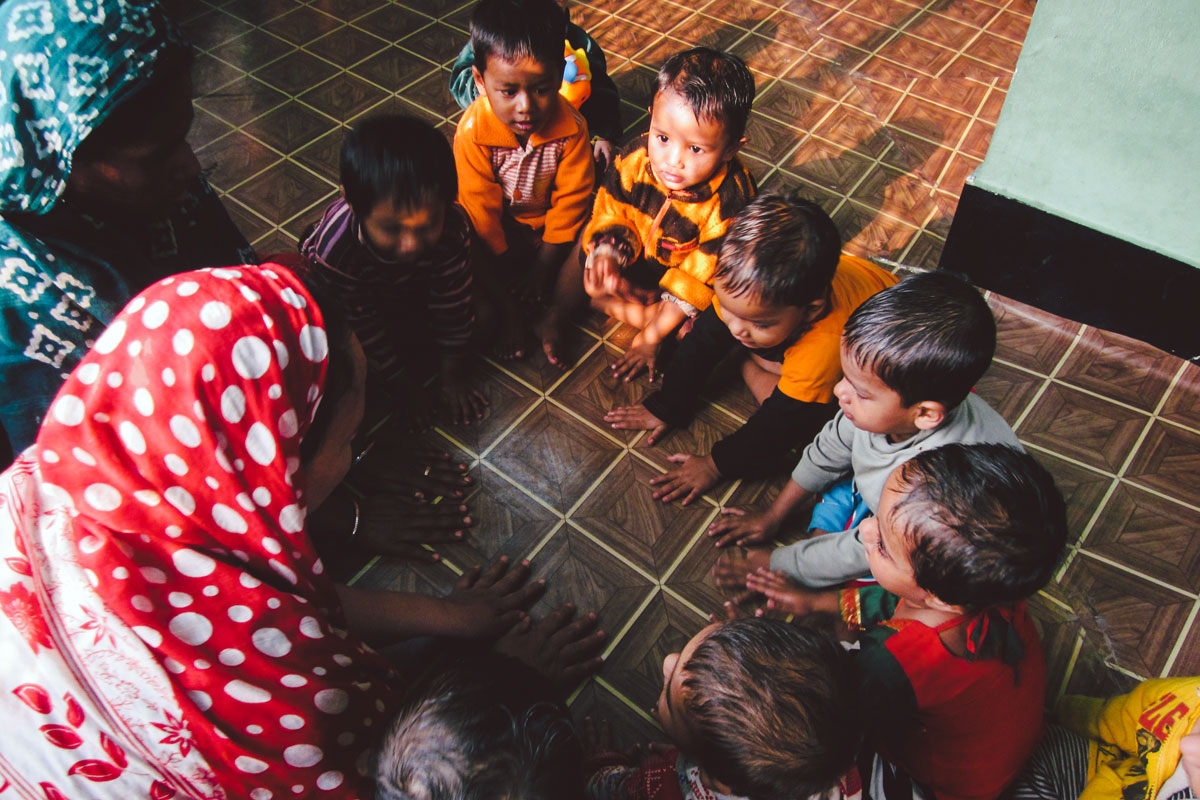 SOF worked with factory management to set up a daycare center for children aged 0 to 3 inside the factory. A dedicated room is filled with materials that allow children to learn and play. A trained caregiver supports children’s physical, social, and cognitive development. The space also allows working women to breastfeed their children inside the factory.

In response to the need for care for older children, SOF also established a community-based daycare center, outside the factory, for children up to age six.

The kids who attend daycare are more prepared for formal schooling – and less likely to find themselves in dangerous jobs or situations. Their parents have more options to provide for their families.

“When they start preschool, we see they are more advanced than children who haven’t done daycare. When we send children to primary school, we see that they are very active, and their results are very good. They are mentally ready to go to school. That’s why daycare is very important for children.”

However, there’s a lot left to be done. 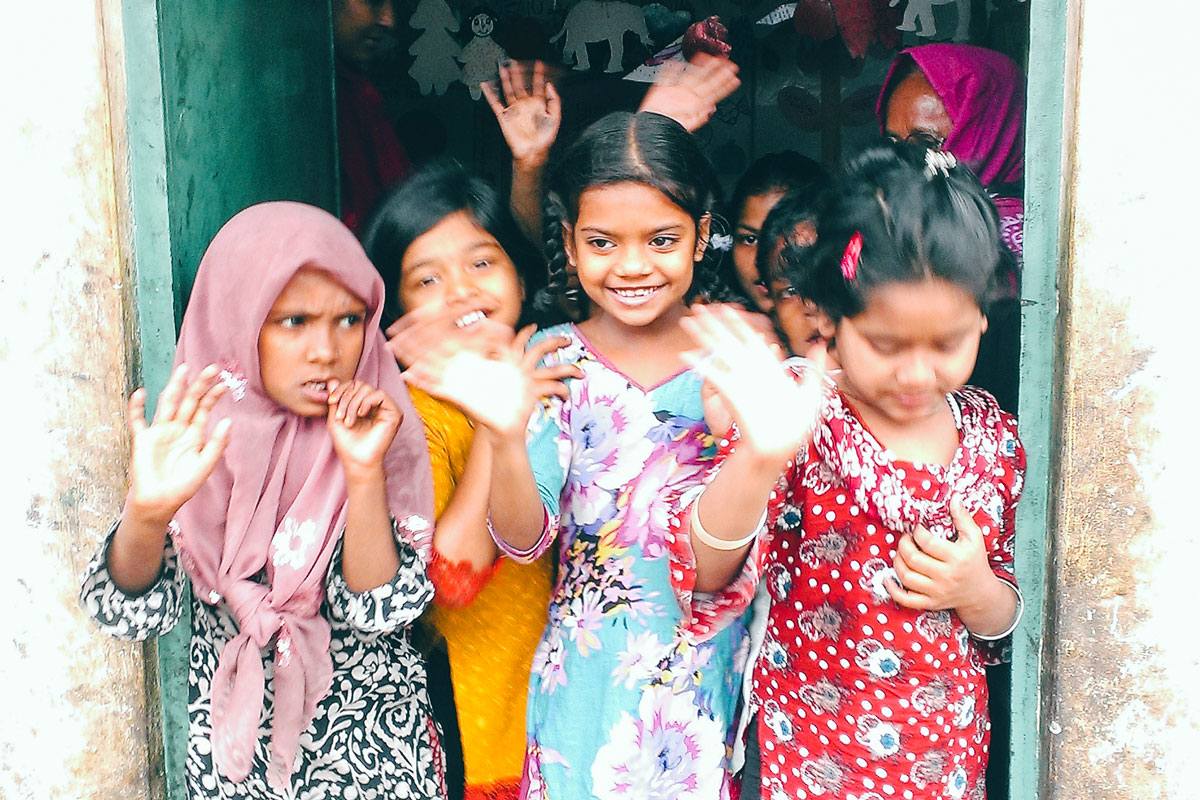 Girls wave from one of Shobujer Ovijan Foundation's centers. © Global Fund for Children

“We need every private sector to have a daycare center, not just the garment factories. They don’t need to implement our program; we started piloting it and other people can replicate it. This is my thinking.”

Shobujer Ovijan Foundation is one of six organizations that GFC has supported in partnership with WE Trust, as part of its initiative to address the needs of children in hazardous and exploitive labor conditions in Bangladesh. 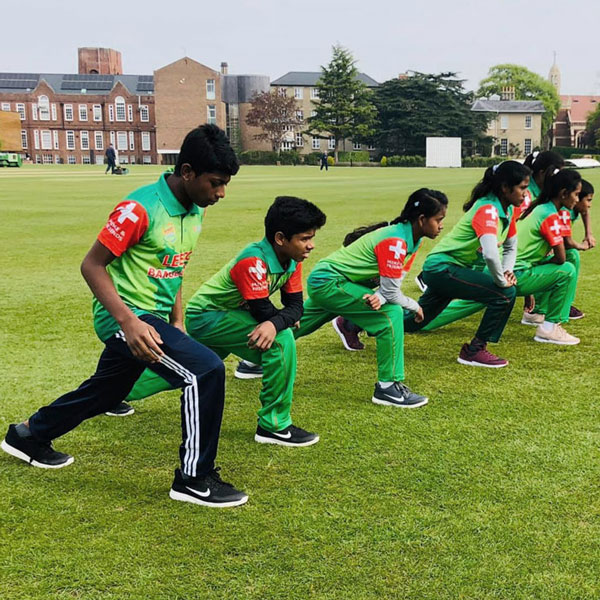 From Bangladesh to the World Cup: Meet the children at LEEDO’s Peace Home
At Peace Home, children who once lived on the streets of Dhaka have a family, a bright future … and a little bit of international fame. Join us on our visit.
Asia