A young Ukrainian activist’s experience of the Russian invasion

Content warning: this story contains descriptions of personal trauma experienced during the war in Ukraine.

Rostik, 21, is a GFC Spark Fund panelist and youth activist from Ukraine. In this interview with Senior Communications Officer Maria Creamer, Rostik shares what it was like waking up to the Russian invasion, his ongoing journey to safety, and how young Ukrainians are feeling at this moment.

“I think no one expected that something like this could happen. We were a little bit nervous about the Russian presence near our borders, but no one among my relatives and friends could predict the start of this war.”

Rostik described the night before the invasion as calm and normal. He chatted with his friends about how they were planning to spend the upcoming weekend. Then he dozed off thinking about his classes at the university. He didn’t realize he’d be waking up to war.

Would you describe that first morning? What went through your mind?

At 5AM, I think, almost all of Ukraine woke up because of the huge explosions happening all over the country.

In that moment, I wasn’t really panicking because I didn’t fully understand what was going on. Was it thunder? Was it war? I picked up my phone and started googling and texting my friends and family. No one knew what was going on. I flicked on the TV and opened YouTube to see if the news channels were sharing any information. There was nothing at that moment. Suddenly, an announcement from the Russian President came out. From there, I understood that the war had started.

What happened next? What has your day-to-day been like since? 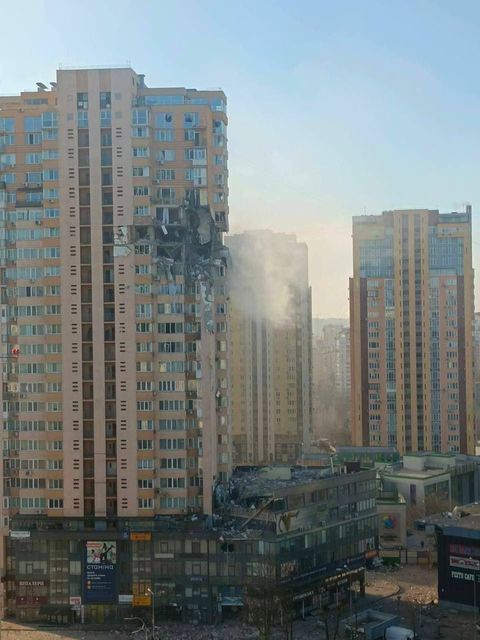 Twenty minutes from Rostik’s home, a building was struck by Russian rockets. The rocket strike, plus his neighbors leaving, convinced Rostik he needed to leave where he was.

People immediately started to panic. I called my parents, we live in different parts of Ukraine, to seek their advice on what to do. They told me to go withdraw money and buy food for a week because no one knew what was going to happen next.

I stepped outside and there were people everywhere. Many people, some with their luggage, were standing in huge lines at the ATM machine, at the supermarket. I probably waited in line for an hour, with maybe 100 people standing behind me.

I know people were panicked and started to flee the city. There were huge traffic jams leaving from every existing point. Since I didn’t have a car, I thought it was best that I just stay where I was and closely monitor the situation.

The first three days were really hard. I didn’t sleep. My neighbors also didn’t sleep. Maybe five to six times a night we’d be awakened by explosions or alarms. From Friday to Saturday, we spent those nights in the metro. We took blankets and pillows and went to the metro station around 9PM. There were a lot of people at the metro station. Everyone was afraid and didn’t know what was going on.

“There were a lot of children, and we just put blankets on the ground at the metro station. Tried to sleep. Actually, I slept better at the metro because emotionally I felt safer. I wasn’t afraid that a rocket would crash into my house. I felt safer in the metro.”

Would you describe everything you had to do to find refuge and why you couldn’t go back to your hometown?

Since the beginning, I knew I couldn’t go back to my parents. From the first day, my hometown had already been occupied by Russian soldiers, so there were no opportunities to go in or go out.

I tried to go to my friends, but unfortunately, I couldn’t because all bridges were closed and there were no possible ways to pass. I started to panic. Some of my friends told me there were organized evacuation trains, and at that moment, I called my parents and decided to leave where I was.

“Since all of this started, no one in Ukraine is confident in tomorrow.”

I took the train, and it was really hard because we had to hide from Russian rockets three times. The train was delayed because of this situation, but then the trip became a little safe so everyone calmed down.

“Even though it’s a terrible situation, it has made people closer to each other, to support one another.”

I’m safe now. I call every day, maybe five or four times a day, to my parents to ask how they are. They have a more difficult situation because for more than four days, they have had no gas. It’s terrible because the weather in Ukraine is cold. They sleep in a closet.

A lot of information is being shared online and through the media – would you describe what is true and what might be “fake news”?

It’s really a lot of fake news. I think it’s mostly from Russian TV channels because they use it like propaganda. Like an information weapon. I can’t watch Russian TV because I hear that they told people it’s fine, there is nothing bad happening. From my window, I saw how lost people were. From my window, I saw a building 20 minutes from my apartment that was destroyed by a rocket.

I’ve heard explosions. I’ve heard the sounds of guns. My parents told me that a lot of Russian military, Russian troops, went through the town and one guy from my school was killed by Russian soldiers because he was taking photos of them.

Personally, I think if people want to find truthful information, they should go through Ukraine’s government portal or through independent media like CNN, BBC, The New York Times. Don’t listen to the Russian media because it’s all controlled by their government.

For people who want to help, what can they do?

For me, as a Ukrainian, I really appreciate the support the international community has shown to us. Showing solidarity with our nation and helping us to be strong in this situation.

There are some ways people abroad can help. First, maybe send food and clothes to our refugee camps. A lot of people from eastern Ukraine, they came to western Ukraine because it’s safer. Some of them don’t have homes, and they really need help. And now, we really need medicine. A lot of drugstores have closed, and a lot of people became victims of the war. We need medicine. If anyone has the ability to send or provide that to Ukraine – it would be very useful.

I want to also share that now everyone in Ukraine has united and helps the army as best they can. For example, in schools, I, with other volunteers, weave camouflage nets.

Please note: You can donate to GFC’s emergency response and/or other humanitarian efforts here and here.

I really hope that this terrible stage and terrible war will end soon.

“I think it has changed everyone in Ukraine. Every single person. It changed the way of thinking. All the problems we had one week before seem like nothing. We are focusing on our friends and families being alive because that is all that we need. I really want this war to end soon.”

GFC and Rostik have edited this interview together for clarity and to omit details about Rostik’s location.
Header photo: An illustration of Rostik provided by Rostik. 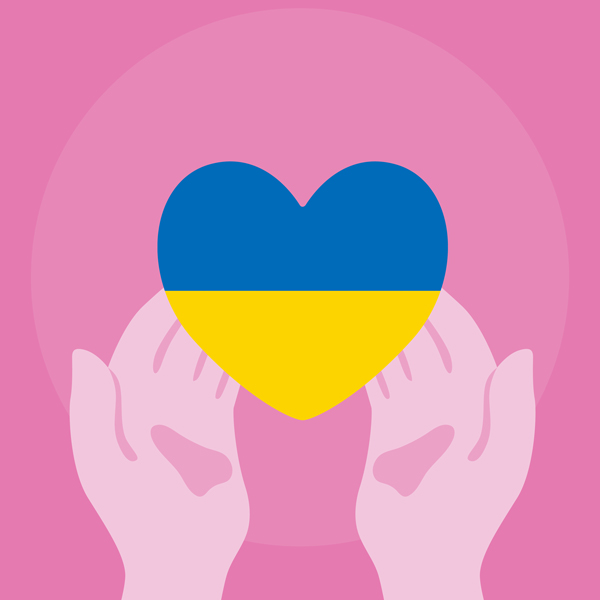 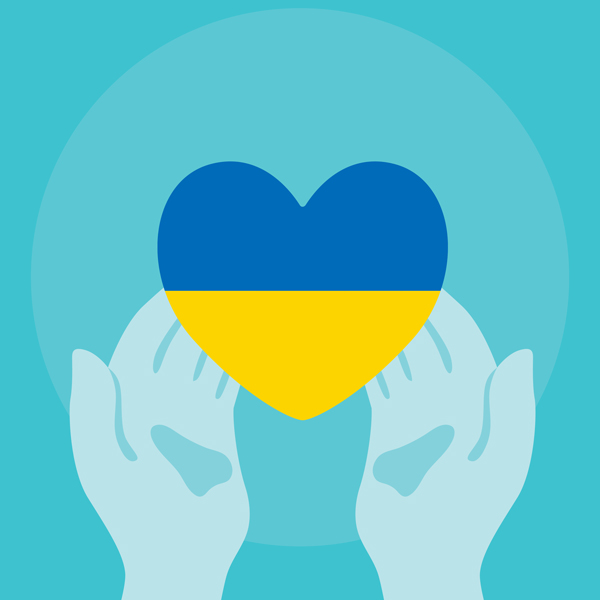 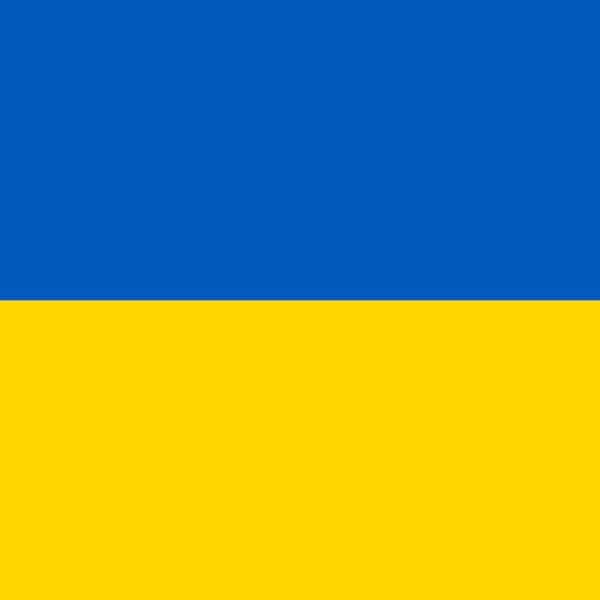