Resilience: A Lesson from Rwanda and Burundi

While visiting GFC partners in the field, Jessica Kanya-Ngambi was reminded of her childhood in nearby Democratic Republic of the Congo.

As I prepared for my trip to visit some of GFC’s grassroots partners in Rwanda and Burundi, memories came flooding back. These were memories of a place just across the Rwandan border, in the Democratic Republic of the Congo (DRC)—a place where I took my first breath, a place teeming with beauty, poverty, violence, and death.

There were periods of time in each of these three countries when appalling displays of violence became the norm—the Rwandan Genocide, two DRC wars, and in Burundi, a civil war and the current political unrest.

When I began thinking about what life must be for the children served by these organizations, I thought of my own childhood growing up in the neighboring DRC.

I remember seeing acts of violence like public necklacings, where people would be tortured by forcing rubber tires filled with gasoline around their chest and arms; the tires would then be set on fire, slowing killing the immobilized victims.

I was also lucky enough to survive an incredibly lethal Ebola outbreak in the town of Kikwit, where I attended school. 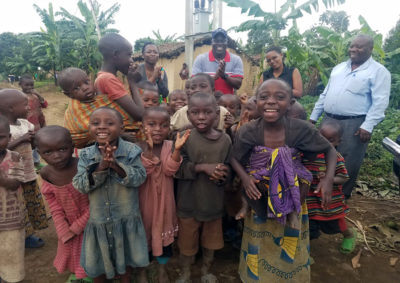 © The Global Fund for Children
Jessica (back row, left) on a visit to GFC grassroots partner IPSDI in Burduni. Jessica’s GFC travels brought back memories of her childhood growing up nearby in the Democratic Republic of the Congo.

When my family left the DRC 15 years ago and headed for “Poto,” a utopian version of the United States that many Congolese fantasized about and spent their entire lives trying to reach, I had arguably won a lottery, a chance of a lifetime. Therefore, I was admittedly anxious about going back to this place that represented my personal nightmare.

However, when I landed in Rwanda, and then Burundi, an entirely different reality set in. This was not the East African war zone that I remembered, but rather a picturesque region with lush hillsides and bustling streets full of life. Despite, or perhaps partly because of, the horrors their countries have been through, many children that continue to face challenges here overcome them through their own resilience with the help of grassroots organizations like GFC’s partners.

Our first stop was Les Enfants de Dieu (EDD), a GFC partner organization that runs a transitional shelter for street-based boys. EDD provides the boys with comprehensive rehabilitation support—psychosocial counseling, education, and livelihood opportunities—while tracing their families and reintegrating them into the community. Most of these boys were involved in child labor or petty theft and were exposed to drugs and gang activities.

However, empowered by GFC and EDD, they now have the perseverance and skills to tackle any obstacles in their path. Their resilience and progress were immediately clear as they greeted us with an amazing traditional acrobatic performance. The joy they displayed brought tears to my eyes, representing childhood as it should be. 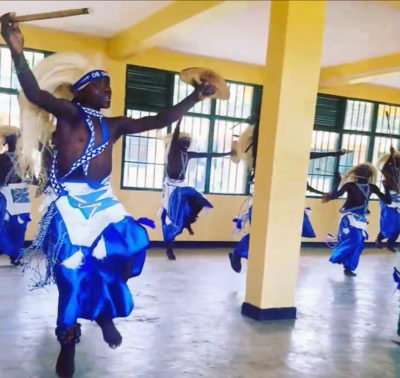 After the performance, the charismatic director of the organization, Charles Hazabintwali, introduced us to some of the organization’s “ambassadors,” older boys with certain leadership qualities who helped to look after the younger boys. Twelve-year-old Melody spoke about his hopes and dreams for the future and his desire to attend university already at such a young age, with the confidence that would indeed make this happen one day. He then proceeded to ask me how he could end up in the United States, like me.

I told him the story of my father’s persistence in doing all that he could to attend seminary school during the Belgian colonization of DRC. He was an eager learner, always asking questions in class and expressing interest in learning more from the Belgian priests who taught at his school, and eventually he was connected to educational opportunities in the United States. This in turn allowed his children to have access to the same opportunity in later years.

As I encouraged Melody to continue to work hard in school and ask as many questions as possible, I could not help but smile and observe the resilience he already exhibited after everything he had been through—from living on the streets to being selected as an “ambassador” at EDD.

Shortly after our inspirational meeting with the ambassadors, Charles took us on a tour of EDD’s banana plantation, an income-generating business made possible by GFC’s support. Part of GFC’s model is to help its grassroots partners become sustainable organizations that survive long after GFC’s financial support ends. By supporting EDD’s banana plantation, GFC is helping EDD on the path to self-sustainability.

After leaving Kigali, we headed three hours north to Gisenyi, to visit GFC partner Point d’Ecoute. Gisenyi, a city in northwestern Rwanda, was deeply affected by the war in the DRC and the genocide in Rwanda. Children in Gisenyi have been forced to become heads of household as their parents seek better economic opportunities elsewhere; many children have themselves migrated to the city to seek a better life. Once there, the children often end up living on the streets. Without access to education, healthcare, and the caring presence of adults, many turn to petty theft and crime to survive.

Recognizing these challenges, Point d’Ecoute is the only organization in this part of Rwanda that provides street children with counseling, meals, and a safe place to shower and play. At Point d’Ecoute, we met an incredible group of joyful street boys dancing and playing as children should, even though they knew they would be back on the streets in a few short moments.

While we were singing with the boys, they introduced themselves happily, stating how much they could not wait to go to school and one day go to the United States like us. Although these boys continue to live on the streets, they choose to accept the help and opportunity presented by Point d’Ecoute in hopes that their resilience will also lead them to a better future. 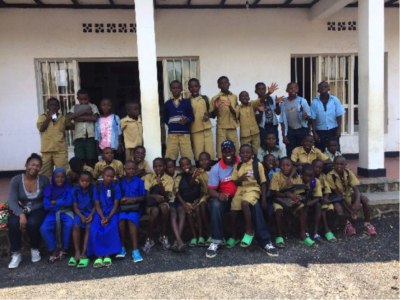 © The Global Fund for Children
Jessica, far left, on her visit to Point d’Ecoute.

After leaving the boys, we met with some of their parents, who could not stop expressing their gratitude for GFC’s help. With the guidance of Point d’Ecoute’s director, Alloy Kaberuka, they have been able to create cooperatives to financially assist one another. As the families become more financially stable, they can better provide for their children—keeping them off the streets and enrolled in school.

To further see the impact of GFC’s support, we went deeper into the villages to meet some mothers who have been helped by Point d’Ecoute’s cooperative program. There, we were introduced to a mother who was given a goat as a way to start a microfinance business to support her 12-year-old daughter’s education and provide for herself. Even though they live in a shack deep in the rural village, with just a small rug to sleep on, the daughter, Melange continues to proudly go back and forth to school in her clean uniform.

When I asked her what she wanted to be when she grew up, she answered “I’m determined to become a doctor one day and help my mom.” It was then that I learned the true meaning of perseverance. 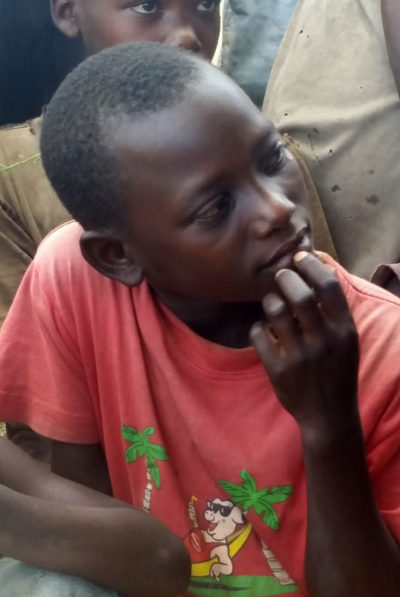 © The Global Fund for Children
A young beneficiary of IPSDI in Burundi.

Filled with overwhelming love for this part of the world that I had feared for so long, I left Rwanda for the neighboring East African country of Burundi. Despite the current political unrest in Burundi, organizations like GFC partner Initiative pour la Promotion de la Santé Rurale et le Développement Intégré au Burundi (IPSDI) persevere, continuing to prioritize vulnerable children.

IPSDI’s founder, Moise Ntigirinzigo, was orphaned by the civil war in Burundi then sent to live in a refugee camp, where children with HIV/AIDS and girls being sexually abused were a daily reminder of the war. With a founder like this, it is not difficult to see why resilience lies at the heart of the organization. IPSDI focuses on helping community members overcome barriers, with an emphasis on promoting girls’ education, combating gender-based violence, and addressing the lack of water and proper sanitation.

During our visit, Moise shared with me how the organization is incentivizing learning for the girls by offering a reward in the form of battery-powered lamps for achieving the highest grades at the end of each semester. Although this may seem like a small thing, addressing the lack of electricity in these rural communities through education incentives demonstrates the innovative thinking behind the kinds of grassroots, community-embedded organizations that GFC supports.

Although my childhood memories from this beautiful region has left a battle scar, witnessing the resilience of children who GFC serves has truly been a full circle moment. Thanks to small organizations like Point d’Ecoute, IPSDI, and EDD, children whose lives mirror that of my own are able to have a fighting chance at a better future. This journey has allowed me to not only contribute to GFC’s mission but also to remember the overwhelming beauty of my native land and its amazingly resilient people.