Children and youth in Mexico: learnings, challenges, and proposals

GFC’s Rodrigo Barraza describes the challenges young people face in Mexico, and suggests three ways we can work toward a brighter future for them.

Mexico is home to nearly 40 million children and adolescents, representing a third of the country’s population. Mexico state – the country’s largest region – has the largest number of children and youth, at more than five million.

On the one hand, many children and young people (especially in urban contexts) enjoy multiple options and varied institutional offerings that support their full and comprehensive human development.

At the other extreme, millions of young people face daily discrimination and violence due to their ethnicity, gender, sexual orientation, and place of residence.

Although it is important to recognize the significant progress in recent years regarding child and youth protection policies – including the General Law on the Rights of Children and Adolescents (LGDNNA) in 2014, and the creation and implementation of the Comprehensive Protection Systems for Children and Adolescents in 2015 – it is urgent to draw attention to the limitations and challenges that remain.

According to CONEVAL, more than half of the children and adolescents in the country live in poverty. More than three million survive in extreme poverty conditions.

Save the Children reports that four children die every day because of the violence that ravages Mexico.

Seventy thousand Mexican children and adolescents have been victims of sexual exploitation. At least 47 organized crime groups engage in human trafficking for sexual and labor purposes in Mexico City and in 17 other states. Twenty-six percent of victims are minors.

In indigenous and rural communities, childhood and adolescence are a clear reflection of the historical and structural inequalities that still prevails in our country. 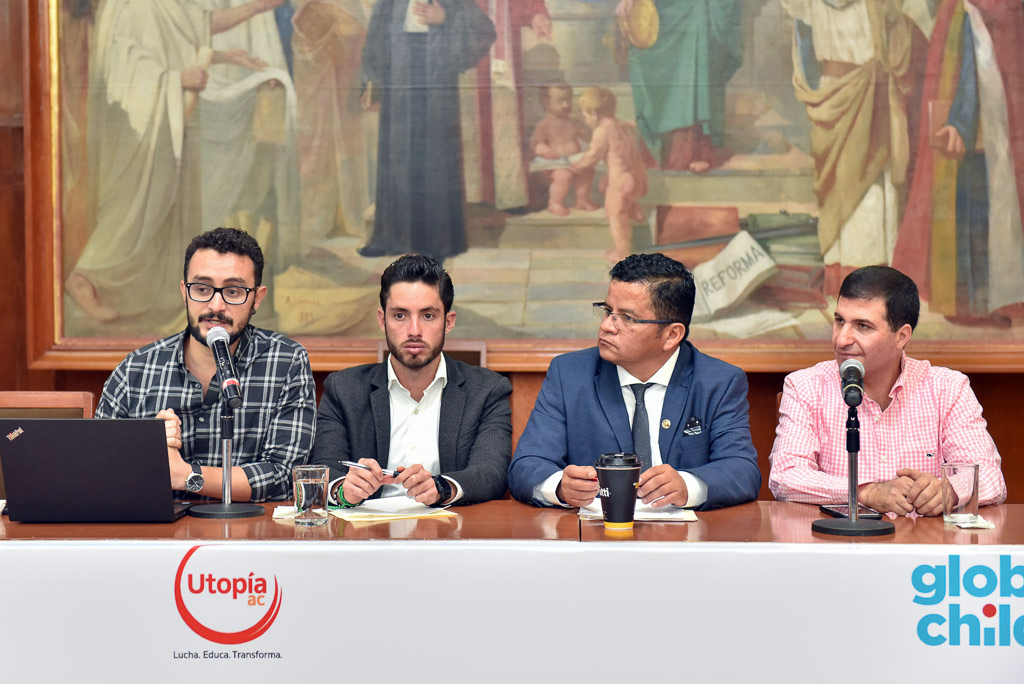 Rodrigo Barraza, left, presents at the First Forum on the Rights of Girls, Children, and Adolescents in the city of Toluca, Mexico, in October 2019. This post is adapted from his presentation.

Of the seven million indigenous children and youth in Mexico, almost 80% live in poverty. Almost 25% of indigenous youth are illiterate and there are no teachers or educational materials that are sensitive and respectful of their languages and ethnic identities. The prevalence of chronic malnutrition in indigenous children under 5 years old is 33.1%, compared to 11.7% registered in non-indigenous households.

At the same time, girls and young women suffer, from increasingly early stages, various types of violence in all areas: at home, in the public space, at school, at work, in cyberspace, in their communities, in policies, and in institutions. This violence is both a cause and a consequence of inequality and gender discrimination.

More than 4.5 million girls and boys have been victims of some form of physical or sexual abuse in Mexico. Almost 88% of the victims are girls and adolescent women.

Mexico has the highest teen pregnancy rates among the 34 countries in the Organization for Economic Cooperation and Development, with 62 out of every 1,000 pregnancies occurring in girls and adolescents. One in four girls marry before age 18 in Mexico.

The situation of young migrants, returnees, and asylum seekers is equally worrying. It is estimated that one in three migrants who enter the country irregularly are children or youth aged 15-29.

This population faces arbitrary detentions, lack of due process, violations of the best interests of the child, and family separations – situations that exponentially aggravate their vulnerability.

So far this year, more than 1,057 children have been deported to Mexico from the United States, facing multiple difficulties in exercising their right to identity. In turn, the integration policies of this population using a gender and child-centered approach are practically nonexistent.

An estimated seven out of ten migrant women are sexually abused during their transit through Mexico. A large percentage are girls and young women.

Given this scenario, we must make an effort to effectively implement the LGDNNA, which implies the effective execution of the mechanisms defined by this law, the development of secondary legislation and public policy based on it, the strengthening of the government capabilities, and the full functioning of the Special Bureaus for Child Protection.

At the same time, it is essential to strengthen public accountability and the monitoring and evaluation of social policies, mainly at the subnational level.

Finally, it is necessary to move toward a culture of children’s rights, where public action goes from a welfare-based and charitable vision to on that is guided by the legal duty to guarantee the exercise of rights.

Here I present three recommendations that I believe would help strengthen not only the legal framework for the protection of children and youth, but also help us move forward in the construction of a more ethical and human environment for young people in Mexico:

1. We must stop talking about children and young people as though they are a homogeneous group subject to the same challenges, violence, and needs.

Childhood and youth are not rigid stages of life. On the contrary, the way we understand and experience childhood and youth varies greatly based on history and context. It is important to recognize and honor these differences and diversity.

There is no right way to be a child. Let’s talk about a diverse childhood and youth. Let’s talk in plural. 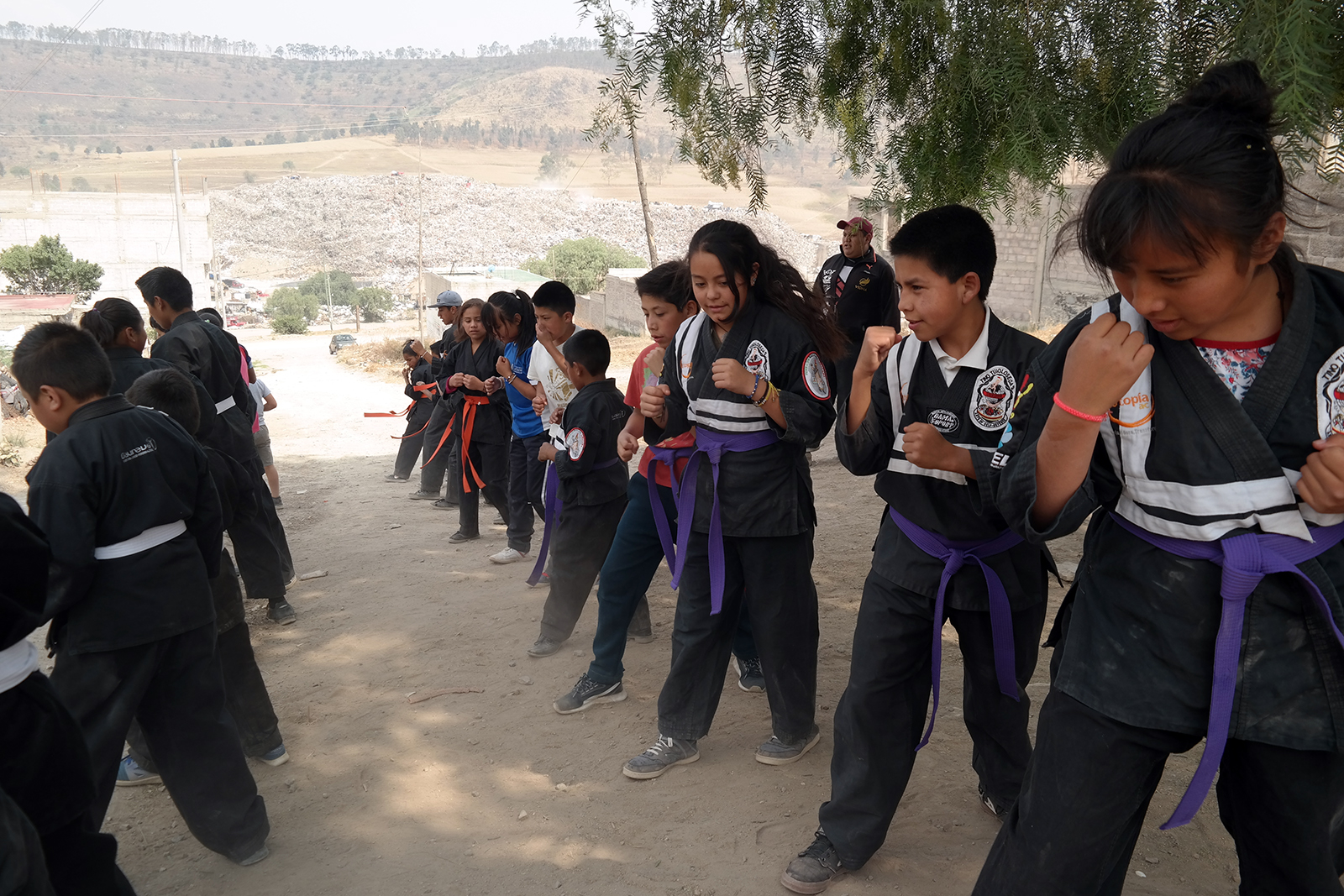 2. We must avoid, at all times, an adult-centered and utilitarian perspective toward children and youth. They are not tokens, incomplete adults, or vulnerable subjects just in need of care and protection. No. They are also protagonists and political actors capable of issuing recommendations and actively participating in the design, implementation, and monitoring and evaluation of public policies.

It is time to stop talking about policies for young people and to start talking about policies with them. To do this, it is necessary to foster horizontal and equal intergenerational dialogue and to monitor the role of adults who accompany the processes of participation of children and adolescents. The optimal conditions for participation young people as protagonists in different spaces – including schools, neighborhoods, and within families – must be generated and strengthened.

3. The fight for guaranteeing children’s human rights must also include the intangible rights of the human spirit. Many formal, more tangible rights are linked to children’s protection and care, such as their right to identity, to health, to education, to public participation, and to be protected from discrimination. These rights must be accompanied by a framework of community relations that also supports their right to dream, to play, to wish, to create art, to experiment, to make mistakes.

All of these equally important rights need to be built and guaranteed based on a public policy sustained by ethical principles such as “pedagogy of tenderness.” This approach calls for a warm, caring, and respectful relationship between adults and children as partners in the construction of a world where children’s rights are respected and upheld.

I celebrate the opening of dialogue spaces like today*, because they allow us to imagine other worlds in which children and youth are no longer seen just as “projects for the future,” but instead, as a present force that brings us into being and walks alongside us in the pursuit of peace, justice, and dignity.

*This piece is adapted from a paper presented by GFC Program Officer Rodrigo Barraza García during the First Forum on the Rights of Girls, Children, and Adolescents, held on October 9, 2019 in the city of Toluca, Mexico. This event was organized by GFC´s partner APIC Utopía.

APIC Utopia promotes healthy childhoods for children and youth in and around Mexico City. Through academic and extracurricular activities, like martial arts, the organization aims to improve the quality of available education, as well as young people’s wellbeing and chances for success.

The Forum’s main objectives were to establish a democratic and productive dialogue between authorities and representatives of the Mexican civil society; to share common challenges, lessons, and experiences; and to establish concrete commitments for the full implementation and improvement of the Comprehensive Protection Systems for Girls, Boys, and Adolescents in the State of Mexico. 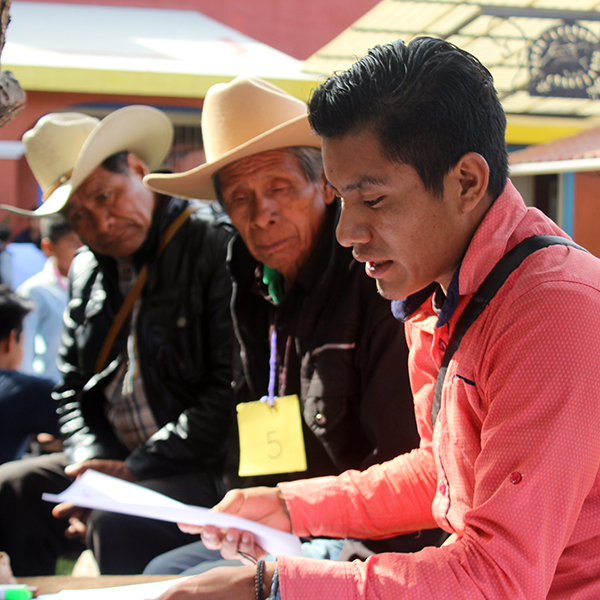 From death to life: the path of my story
Meet Diego López Aguilar, an emerging leader who has overcome great obstacles through the support of his family and community.
The Americas 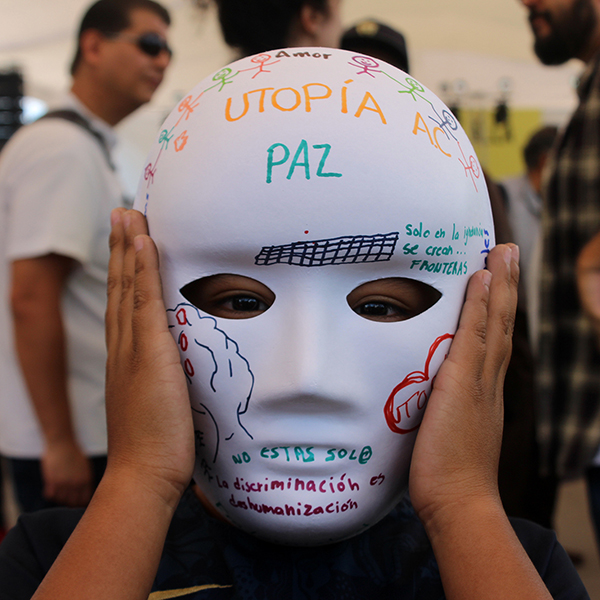 They tried to bury us, they didn’t know we were seeds
Reflections on the transnational meeting “Flourish Here and There,” a celebration of solidarity, inclusion, and a new vision for Mexico.
The Americas