In 1998, 28-year-old Peter Ouko was working as an interior designer in Nairobi, where he lived with his young family of three.

But everything changed when he was charged with murder. Despite being unanimously found not guilty by a jury, Peter was convicted and sentenced to death. He was sent to Kamiti Maximum Security Prison, one of the most notorious prisons in the world at the time. In his early days as an inmate, Peter spent up to 23 hours a day in a small cell with 13 other men.

But in the early 2000s, Kenya began dramatically reforming its prison system. The reforms included improving living conditions for inmates and focusing on prisoner education.

Empowered by these reforms, Peter was determined to drive positive change from behind bars. He wanted help reduce recidivism among youth, and also to prevent young people from engaging in criminal activity in the first place.

“Seventy percent of inmates in Kenya are under the age of 30,” Peter said in a recent interview. “By reaching out to young people early in life, we can manage to stem their eventual influx to prisons.”

In 2007, while still on death row, Peter started Crime Si Poa, which means “crime is not cool” in Swahili. Originally created as an informal advocacy group, it is now a registered nonprofit called Youth Safety Awareness Initiative (YSAI). 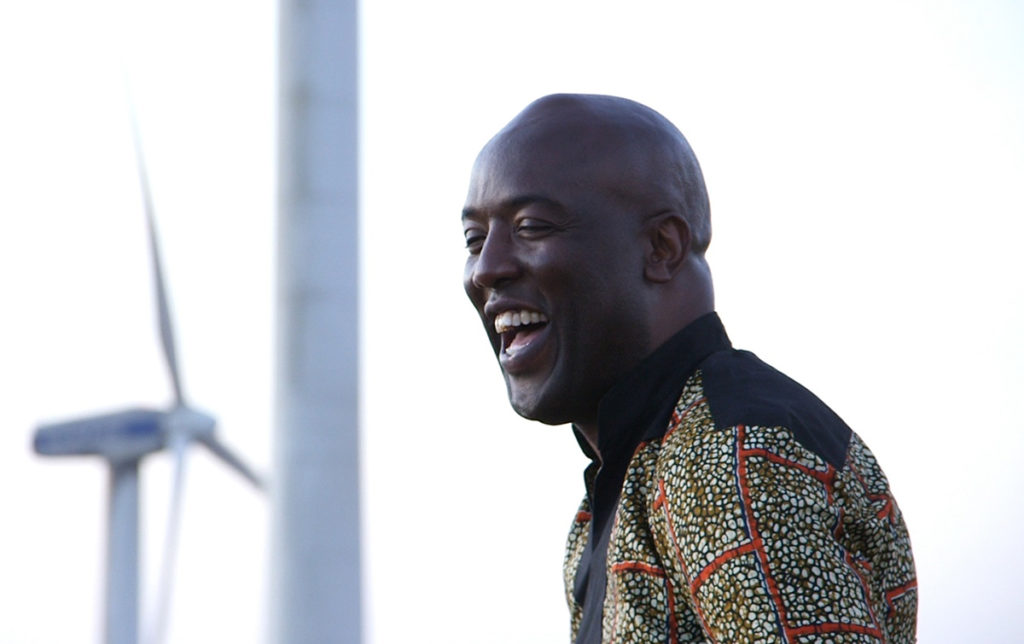 While getting his nonprofit up and running, Peter was also working hard at advocating for justice – for himself, and for many of his fellow inmates. In 2014, with support from the African Prisons Project, he became the first Kenyan inmate to earn a Diploma in common law.

After serving 18 years in prison for a crime he didn’t commit, Peter received an official pardon from the Kenyan president, and was finally released in 2016.

Today, he continues to lead YSAI – which is still largely known by its original name Crime Si Poa – operating numerous programs in prisons and in communities where youth are at risk of criminal activity: 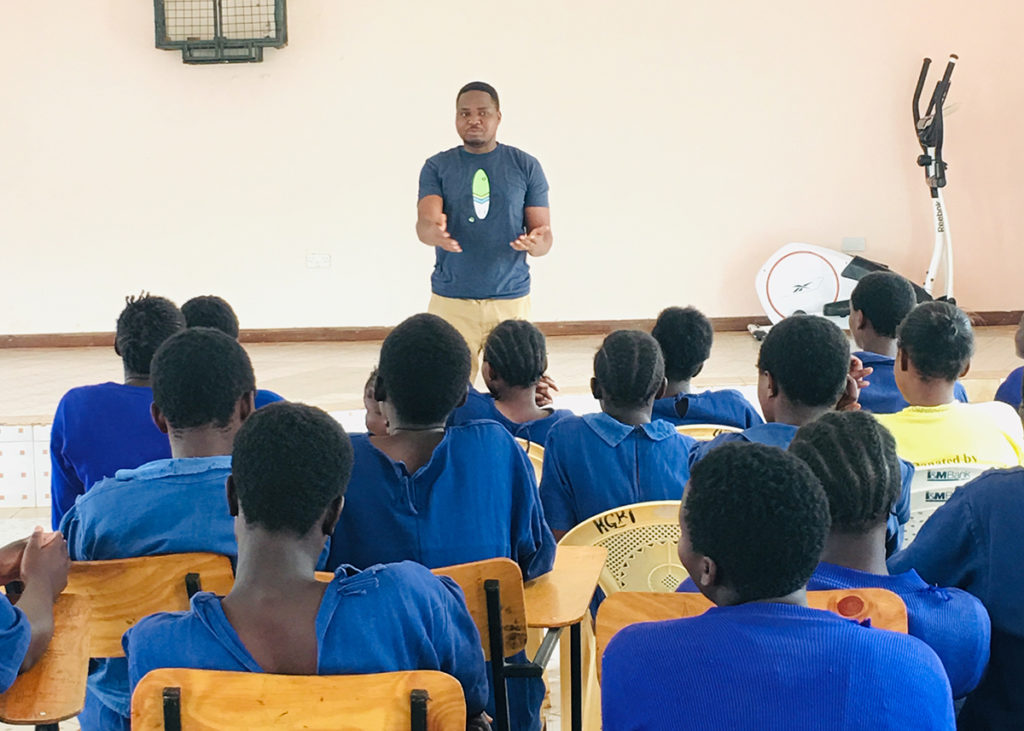 At the Kamae Girls Borstal Institution in Nairobi, girls in conflict with the law (ages 14-18) are institutionalized for up to three years. YSAI offers weekly mentorship and leadership training to these girls to help them gain confidence, improve their decision-making, and prepare for adulthood. “We have a holistic package of services that address the best interests of institutionalized children,” Peter said. “With programs like ours, which help in behavioral and attitudinal changes, many girls are being released after one year.”

“We named the program Phoenix to let the young people know that they can rise up again, irrespective of their past challenging circumstances and become what they dream to be,” Peter said.

At the neighboring Kamiti Youth Correction Center, boys in conflict with the law are institutionalized for four months at a time. Here, YSAI set up a greenhouse project for teaching agricultural skills.

Many formerly incarcerated youth join up with other young people at YSAI’s resource center, located at its main office in Nairobi. With a focus on social entrepreneurship, YSAI provides training in information technology, tailoring, and embroidery, as well as empowerment programs and a resource library. 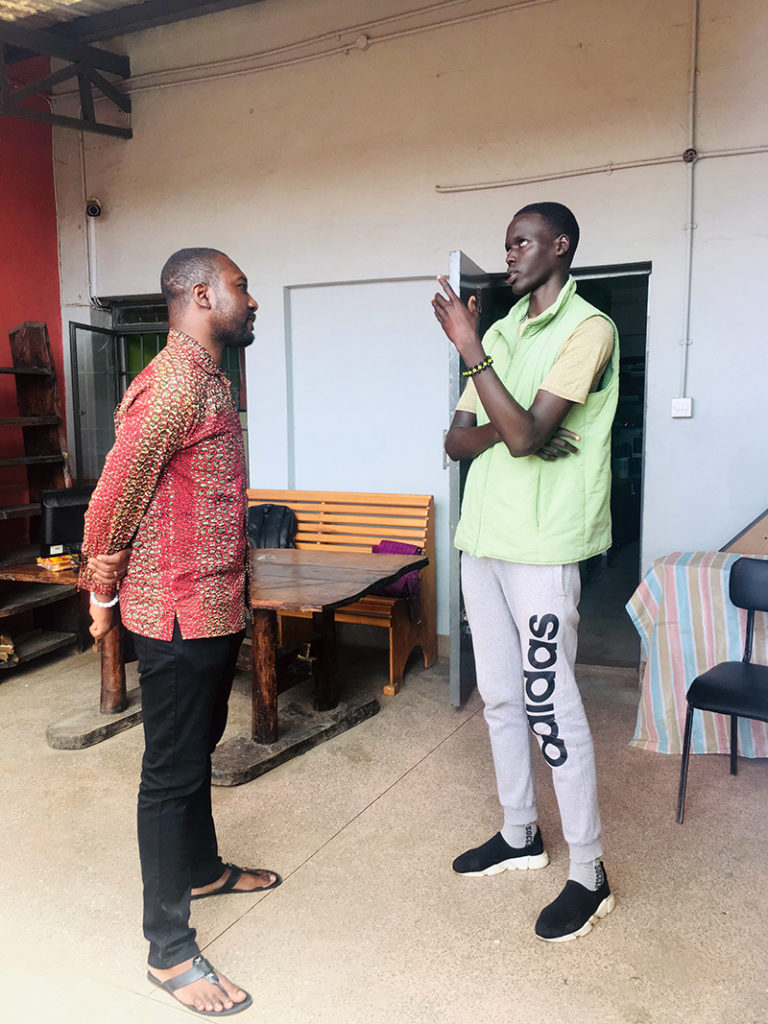 Alexander Kyerematen, GFC's Regional Program Director for Africa, meets with Abraham, who has received support from YSAI for his schooling.

Advocacy and engagement to reduce crime

As the official lobbying and advocacy arm of YSAI, Crime Si Poa engages young people (ages 19-35) in raising awareness about harmful and criminal behavior, such as gender-based violence, drug and alcohol abuse, and bullying. Through public events and town hall meetings, Crime Si Poa also champions penal reform, rehabilitation, and open dialogue with law enforcement and others involved in the criminal justice system.

Though the program engages former inmates, it is open to all youth. “By having young people from across the social divide, we provide them with platforms to build bonds for the common good,” Peter said.

YSAI’s newest project, Sheria Mashinani (grassroots law awareness) is a partnership with the Strathmore University Law Clinic envisioned as a “training for trainers” project. It recently trained 25 young people in basic criminal procedure, labor, business, and human rights law. All the participants were competitively selected from the 13 villages that make up the Kibera informal settlement – Nairobi’s largest slum community.

This new class of community justice advocates graduated on November 2, 2019. “There is no doubt that they are well equipped and adequately empowered as justice changemakers who are going to impact their community greatly,” Peter said.

To hear Peter’s story in his own words, check out his TEDTalk: From death row to law graduate. 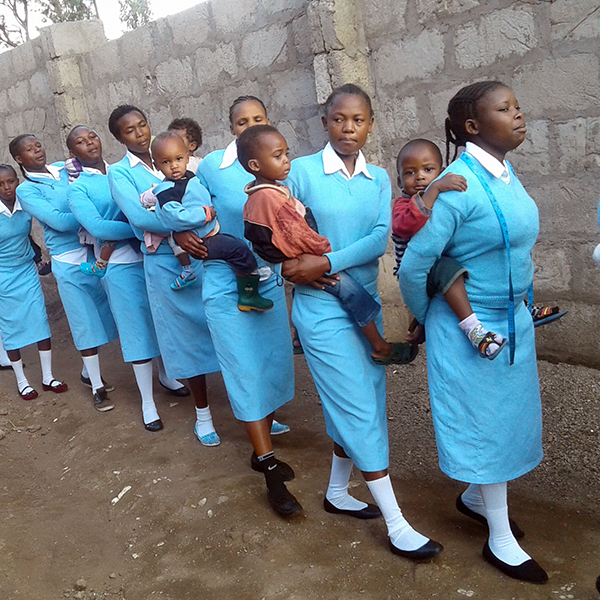 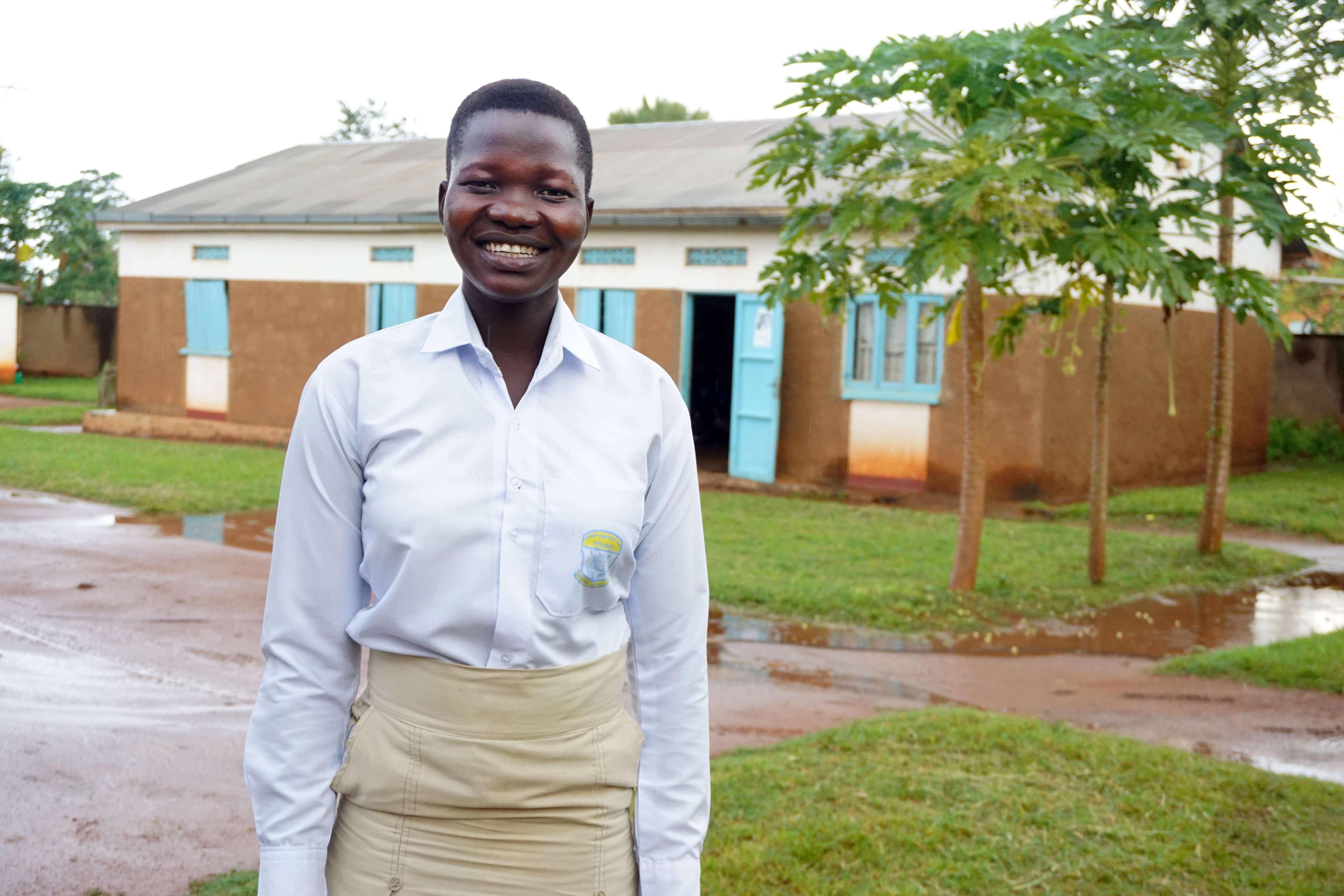 After war, a brave spirit endures: Josephine's story
When she was eight years old, Josephine was abducted by the Lord’s Resistance Army. This is her story of rebuilding her life after war.
Africa & The Middle East 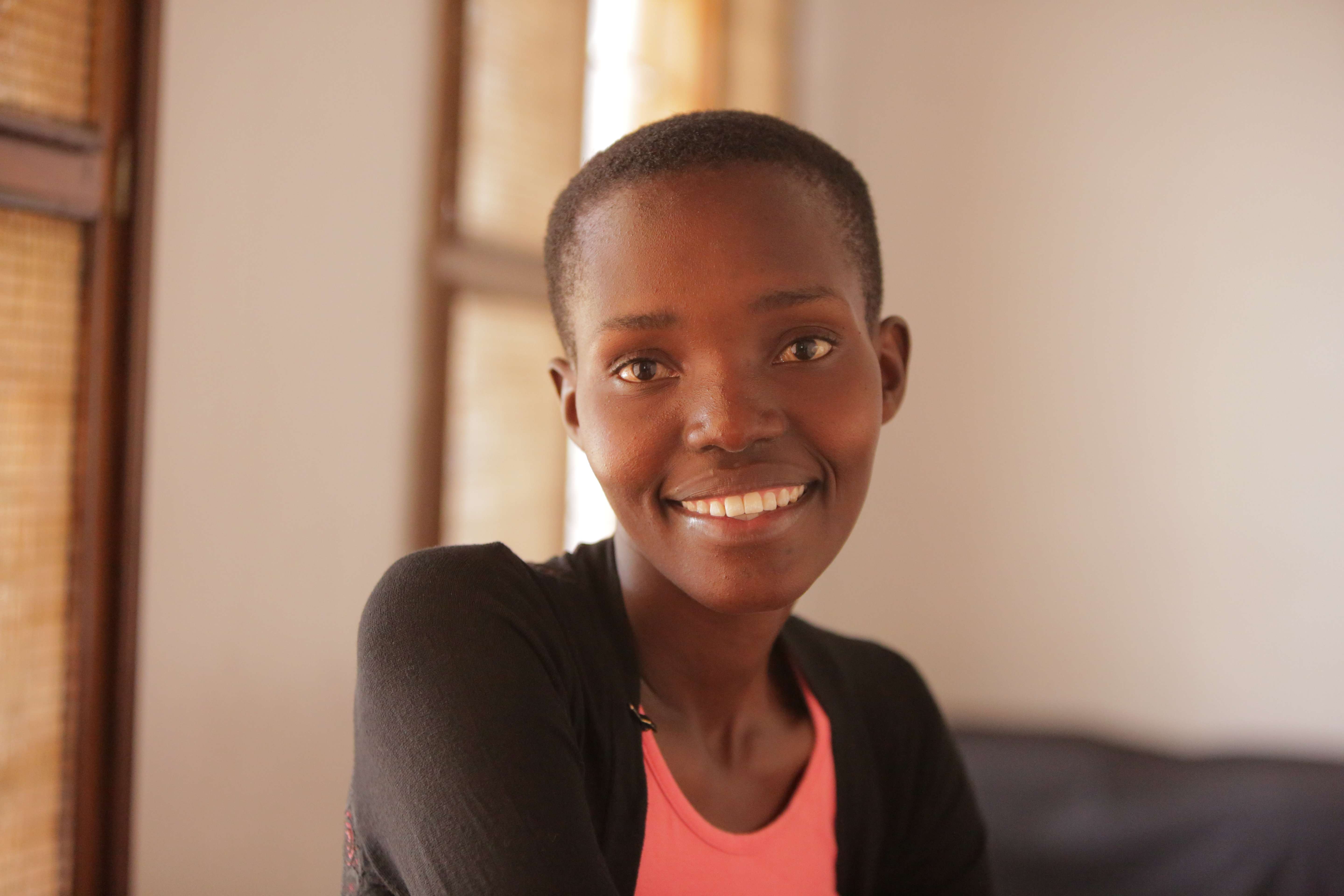 Leader, activist, and young mother: Belinda's story
Meet Belinda. As part of Global Fund for Children's Role Model Series, we are featuring inspiring youth who are standing up for children’s rights around the world.
Africa & The Middle East 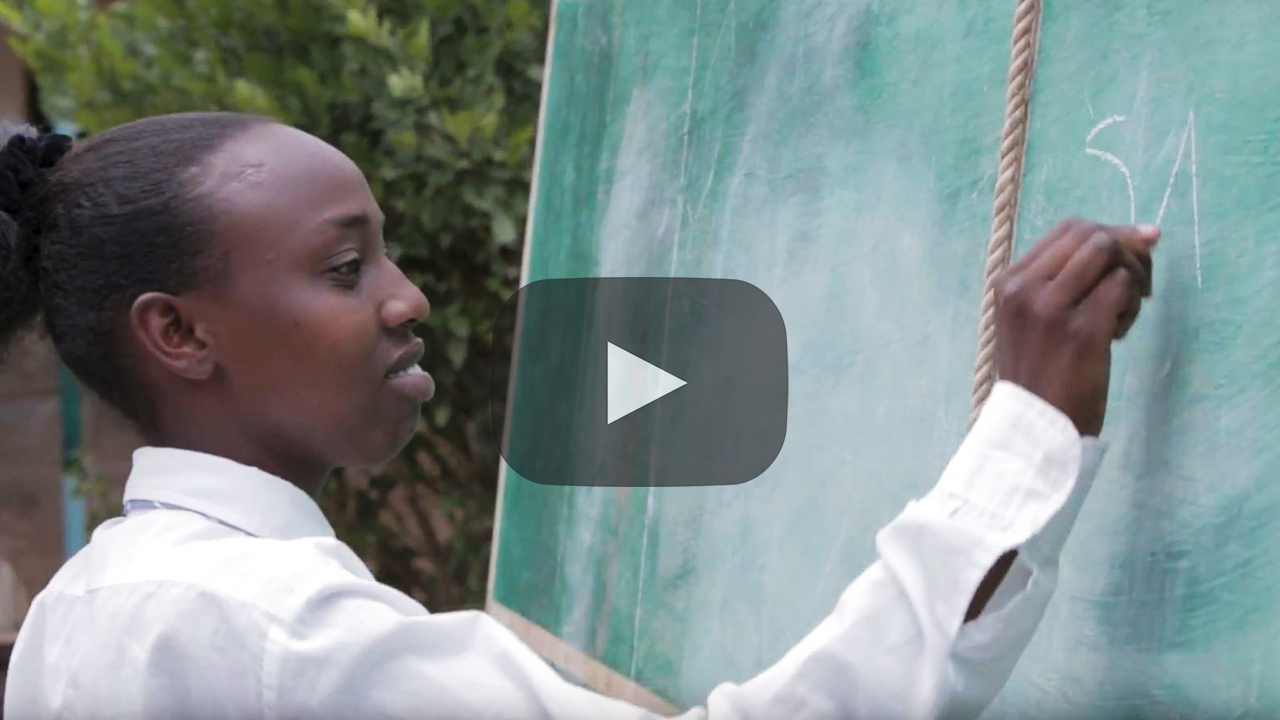