A message from John Hecklinger, President and CEO

This week, media outlets across the United States will honor the memory of Ross Perot Sr., who passed away on Tuesday after battling leukemia for several months. The stories of his life will detail what he was most known for: his success as a self-made billionaire, his unconventional approach to presidential politics, and his pioneering work in technology.

But at Global Fund for Children, we had the honor of knowing Ross Perot as a generous humanitarian and philanthropist.

Together with Margot Perot, his wife of more than sixty years, Ross Perot steadfastly supported Global Fund for Children for the past 15 years. After Mrs. Perot met GFC’s founder, Maya Ajmera, at a World Affairs Council event in Dallas, the Perots became one of GFC’s earliest and most generous donors. 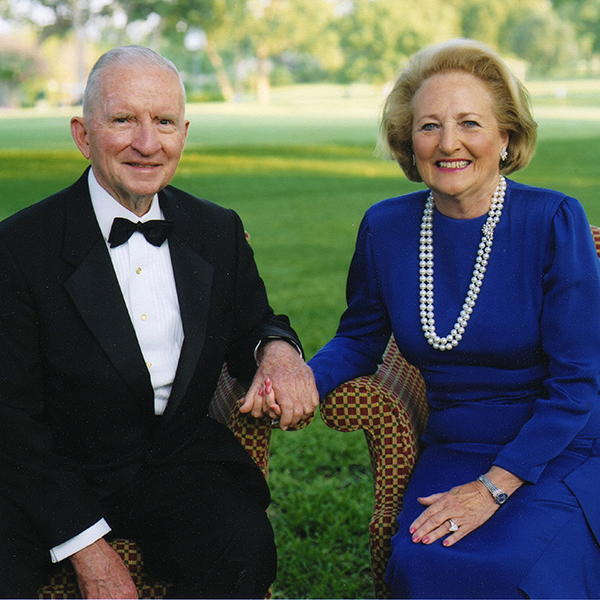 In addition to their monetary gifts, the Perots helped to build a community of GFC supporters in Dallas that has been instrumental to our growth over the years. They welcomed us into their homes, hosting events and connecting us to other people who wanted to improve the lives of young people around the world. Their contributions have impacted thousands of children across the globe, providing them with education, care, and protection.

I did not have the chance to meet Mr. Perot, but have long admired and respected his commitment to service, his ability to innovate, and his generous spirit that has benefitted so many young people growing up in difficult circumstances.

GFC’s Board Chair Gunjan Jain, a friend of the Perot family, said of Mr. Perot, “I had the honor of getting to know Mr. Perot alongside the rest of his family. He was a devoted husband, father, and grandfather who truly cared about children. He came from humble beginnings, understood the privilege of his success, and used it to do tremendous good in the world. I am grateful to have known him.”

At GFC, we are forever grateful to the Perot family for their generosity, and extend our heartfelt condolences to Ross Perot’s friends and family as they grieve, honor, and celebrate his remarkable life.