Katherine Henao, the Development Director of Homies Unidos, sat down with Global Fund for Children (GFC) for a Facebook Live on September 4. Kathie discussed her organization’s approach and programs, her personal story as a DACA recipient, and current issues facing Latino youth and their communities.

“We work to end violence and promote peace in our communities through violence prevention and intervention work, the promotion of human rights in immigrant communities, and the empowerment of youth and families in Los Angeles to achieve their full potential for a just, safe, and healthy society,” Kathie said.

Homies Unidos was founded in 1996 by a group of youth, mainly former gang members, who had been deported from Los Angeles to El Salvador. The group came together to develop methods to stop the cycle of violence that plagued them – and to create a sense of home and belonging. Two years later, the organization opened an additional office in Los Angeles.

All the way from Los Angeles, California, the Development Director of Homies Unidos, Katherine Henao, joins us to talk about their approach, current issues facing Latino youth and communities, and her personal story as a DACA recipient.#FamiliesBelongTogether #LibresYPoderosas

Posted by Global Fund for Children on Wednesday, September 4, 2019

This GFC partner organization has a range of different programs tailored to the needs of Latino youth in the community, including El Joven Noble for young men and Xinachtli for young women, adapted from The National Compadres Network.

Kathie explained that Xinachtli is a leadership development program that serves middle-school and high-school-aged girls with four primary themes: reflection, creation, awareness, and action. The program aims to help girls remember their ancestral and cultural roots, while being aware of their current status and taking more strategic action to influence the policies that impact their lives directly.

“Basically, we try to get them to understand what healthy relationships are, what self-love is, what leadership development is, and empower them to be able to speak about policy issues that impact them to public officials,” Kathie said.

Kathie’s personal background helps her relate to the youth who come to Homies Unidos. Kathie was born in Cali, Colombia, but immigrated to Los Angeles with her parents when she was 4 years old.

“It wasn’t until I finally visited Colombia, in 2015, that I understood the level of culture shock my parents must have experienced moving to Los Angeles,” she said.

Kathie’s undocumented status allowed her to become socially and politically conscious at a young age. It fueled her motivation to pursue higher education in political science, with an emphasis on Latin America and human rights. 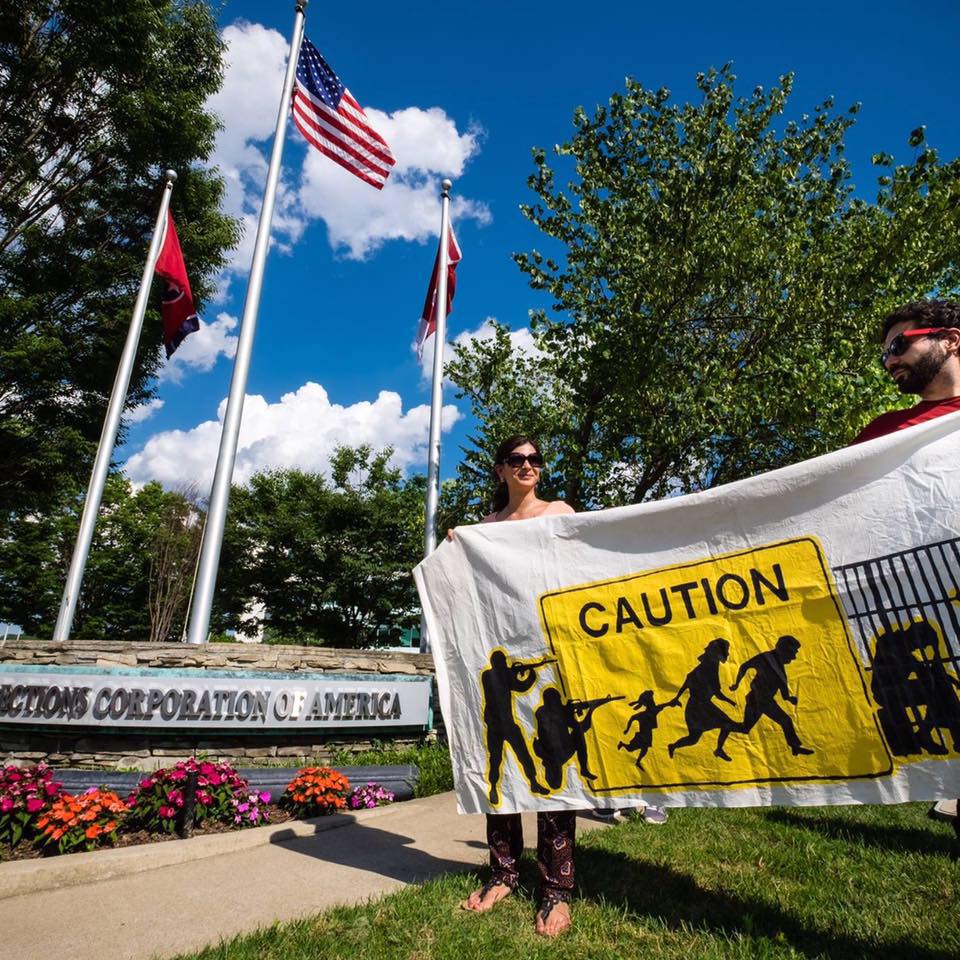 A photo of Kathie involved in a protest.

In 2013, Kathie was part of the first wave of DACA recipients. Gaining documented status opened up opportunities to travel outside of Los Angeles and to find a job in community development. Ever since, she has been committed to protecting the rights of young migrants and their families through her job.

“We [DACA recipients] were able to see the impact that we had once we were able to step outside of the shadows. To let people, know what our skills were. What are our passions are. That we exist,” she said.

In partnership with NoVo Foundation, GFC established a transnational network of community-led organizations serving adolescent migrant girls in Guatemala, Mexico, and the United States. Homies Unidos is one of 12 network members committed to protecting the safety and championing the rights of migrant girls.