This article was originally published in Girls’ Globe. It was written by Maria Victoria Creamer, Senior Communications Officer at Global Fund for Children.

Sheyla’s father was murdered when she was just a child. After his death, her family struggled with the loss of his emotional and financial support. Years later, Sheyla, 19, sat down with Global Fund for Children Senior Communications Officer, Maria Creamer, to share how her resilience, unwavering optimism, and love for learning pushed her forward. She is now pursuing a career in education.

Sheyla walked into the room in Tola, Nicaragua, wearing a crispy clean polo shirt with freshly painted nails, red converse to match, and a beaming smile. Behind us, as she recounted her life story, were clucking chickens and lush jungle.

After the passing of her father, Sheyla explained, his responsibilities were suddenly left to her mother. The adjustment wasn’t easy, and ultimately, the family relocated to a sleepy beach town alongside the Pacific coastline in Nicaragua. They had family there who could soften their hardships. 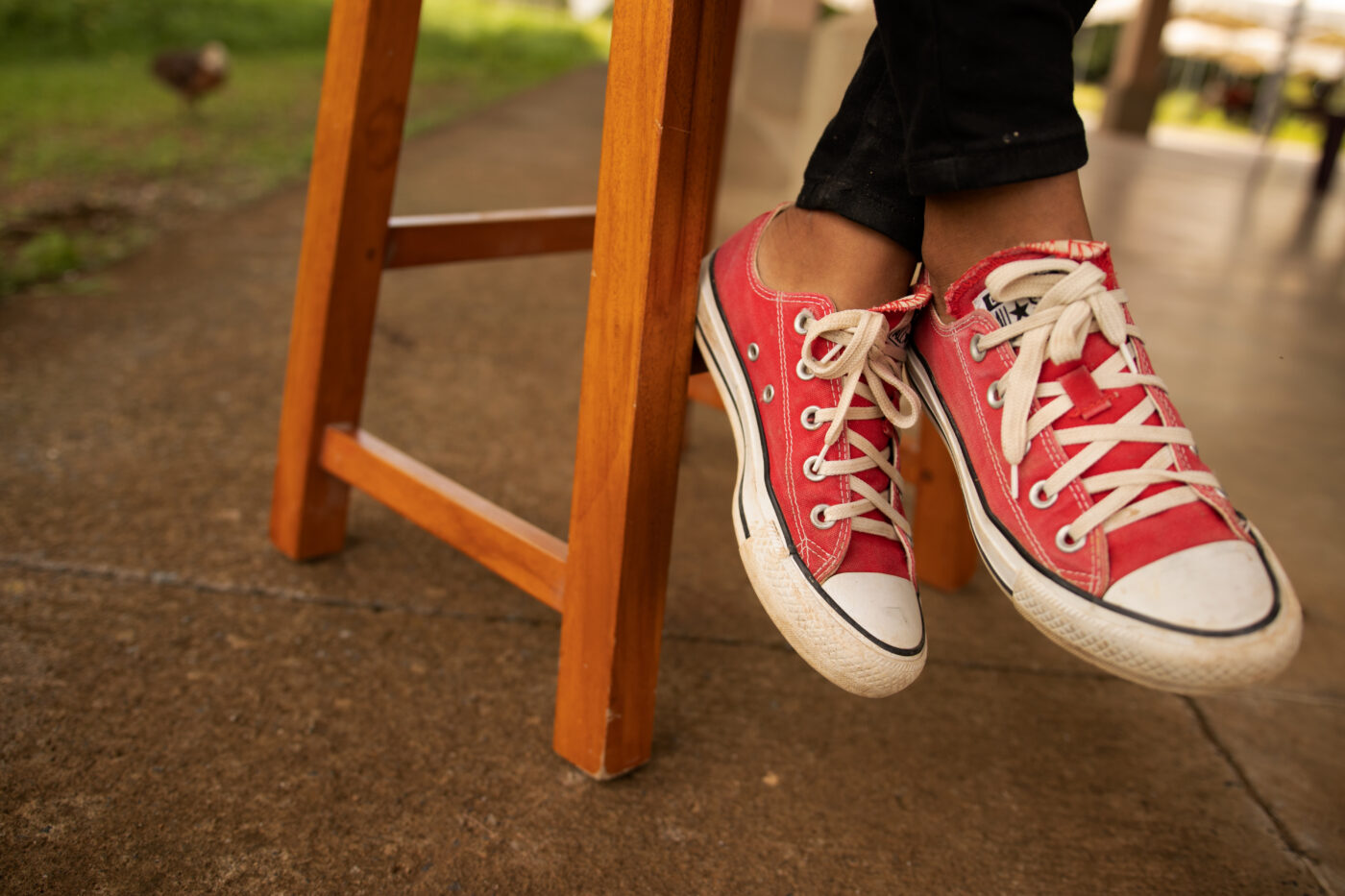 This moment in Sheyla’s life carved out a young woman filled with resilience and optimism.

Sheyla explained that giving up and having a bad attitude accomplishes nothing. This sort of tenacity is what led her and her sister to discover GFC partner the Nicaraguan Resource Center (CREA).

CREA is a locally led organization that works with multiple communities in rural Nicaragua to meet children’s and adolescents’ education and literacy needs. Connecting with CREA transformed the trajectory of Sheyla’s life – and influenced the lives of the people around her.

It was at CREA that her love for books and education flourished. The stories painted new worlds and ways of thinking and introduced Sheyla to some of her favorite literary characters. Her absolute favorite? The Harry Potter series. Sheyla’s eyes lit up as she talked about flying on brooms with Harry Potter and concocting spells with Hermione Granger.

“At first my mom didn’t understand why I liked these fantasy stories,” Sheyla explained. “She would tell me, ‘But this isn’t real! This isn’t reality.’ And I explained that was sort of the point. She gets it now.”

Sheyla’s love for reading cultivated a deep appreciation for learning and made school fun and exciting.

Regardless of her situation at home, her attitude at school resulted in her landing top grades plus a volunteer position at CREA. She is now attending workshops provided by the organization, developing valuable skills as an assistant teacher in CREA’s programs, and becoming a role model in her community.

Sheyla hopes to pursue what she believes to be her calling in life – teaching – by becoming an educator in her community. The fulfillment she feels when that light bulb goes off in a student’s head is one of her biggest motivators. That, and her belief that education is the ticket to all opportunities.

“Education is like a magical key that opens many doors,” Sheyla said. “Not many,” she corrected herself, “but all of the doors that we can find in life. We also see that education is like a passport that lets us go wherever.”

Sheyla hopes to replicate and share this magical key with as many students as she possibly can. At 19 years of age, she is already doing just that.

ABOUT THE INITIATIVE: EMPOWERING ADOLESCENT GIRLS IN CENTRAL AMERICA

With support from Dubai Cares, part of Mohammed bin Rashid Al Maktoum Global Initiatives, Global Fund for Children’s Empowering Adolescent Girls project leverages a network of 17 community-based organizations to promote gender equality and advance girls’ rights and opportunities in Central America. Learn more about the initiative and the partners it supports in this project summary. 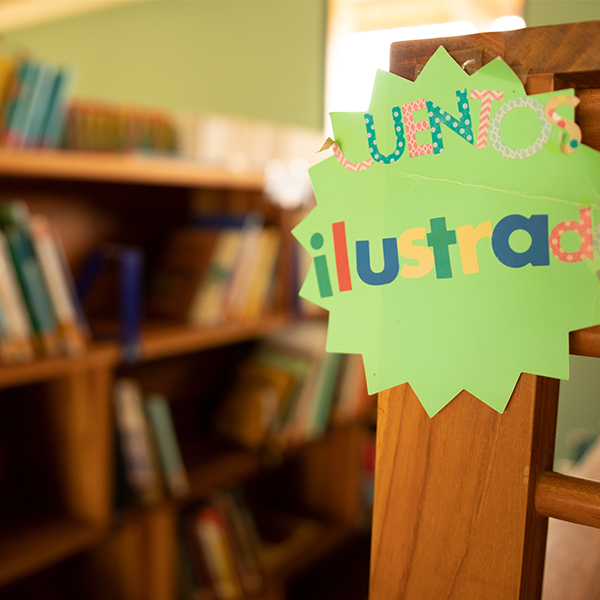 Supporting education and mental health in rural Nicaragua
In Nicaragua, CREA has helped students overcome educational barriers before and during the COVID-19 pandemic. GFC sat down with CREA’s Executive Director, Corrie Burdett, to better understand the local impact of COVID-19 and how GFC’s support has helped the organization push forward.
The Americas 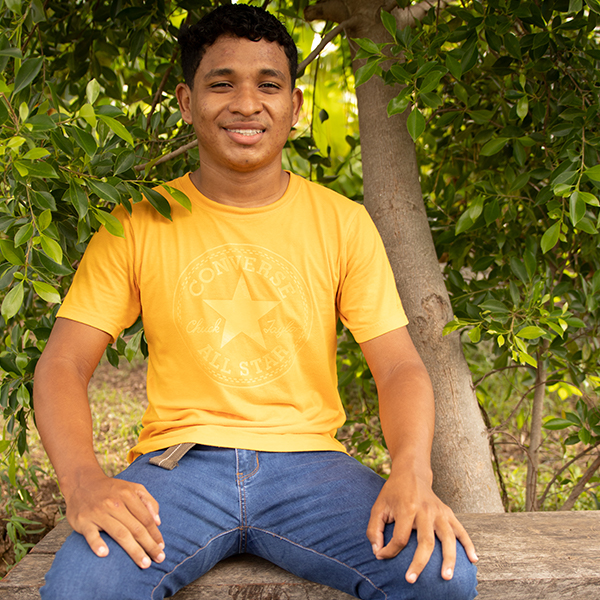 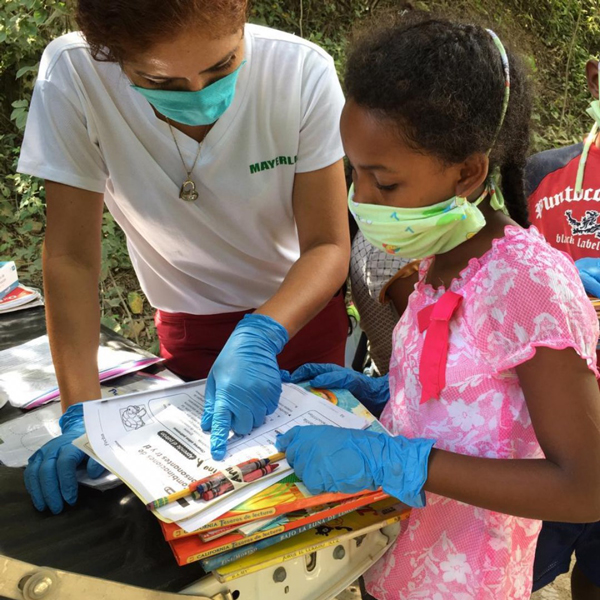 COVID and education: Innovating to increase access to education in Central America
Amid widespread school closures due to the COVID-19 pandemic, Global Fund for Children’s partners in the Empowering Adolescent Girls in Central America initiative are finding creative ways to help children and adolescents continue their studies.
The Americas 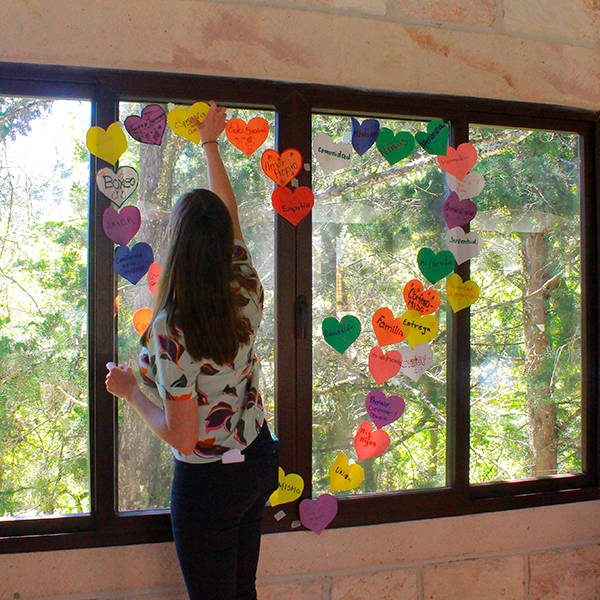